Gray Atkins (played by Toby-Alexander Smith) has been abusing Chantelle Atkins (Jessica Plummer) throughout their marriage and EastEnders viewers have watched him increase control over his wife in disturbing scenes. But when circumstances out of his control meant Chantelle was forced to get a new job, Gray became increasingly jealous of her working relationship with Kheerat Panesar (Jaz Deol) and his plot to get revenge could lead to the Slaters becoming homeless.

The Slaters were almost made homeless at Christmas when the Panesars bought the property they lived in and increased the rent.

Daniel Cook (Ade Edmonson) stepped in and subsided the rent to help Jean Salter (Gillian Wright) but if the Panesars are forced to sell the property, the new landlords may not be as accommodating.

In recent scenes, Gray told Suki Panesar (Balvinder Sopal) that Chantelle would no longer be working at their call centre.

But when she questioned the decision, he delivered a thinly veiled threat over the legitimacy of the family business. 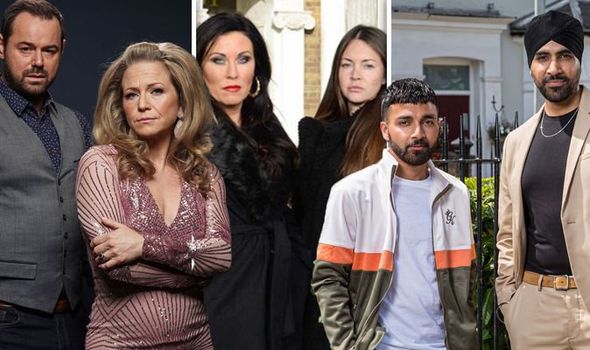 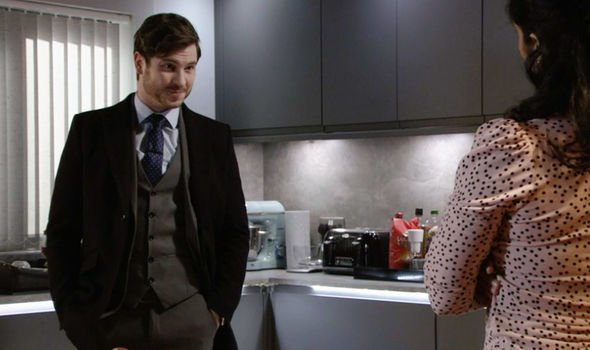 Gray told Suki: “I won’t bother you for long, it’s actually Kheerat I was after.”

The lawyer wanted to confront Kheerat but was forced to talk to Suki when he admitted it wasn’t a social call.

“Perfect, everything to do with the business goes through me so we don’t need to wait for Kheerat,” she said.

“I just want to say thanks for what you’ve done for Chantelle, there are not many people around here that would step up for a neighbour when they need a job,” Gray began. 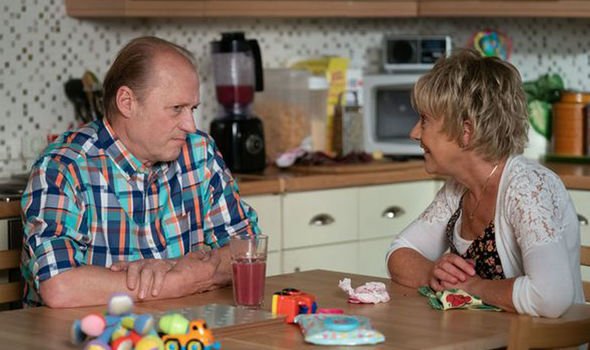 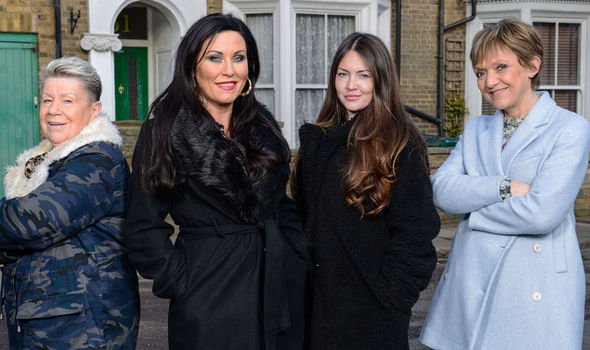 Suki replied: “I wasn’t too keen on the idea at first but now she’s almost as good as Kheerat thinks she is.”

“Well I’ve been given a promotion, more money, so Chantelle doesn’t need to work here any more,” Gray said.

Suspicious, Suki questioned: “Why isn’t she telling me this herself?”

“Think she’s a little bit embarrassed, she doesn’t want to let anyone down but the kids come first,” Gray remarked.

“Well don’t be surprised if Kheerat does whatever he can to keep her,” Suki quipped.

Losing his cool, Gray said: “Sounds like we have a fight on our hands just in case I have to fight dirty, this business, it’s all above board?”

“Above board, lucrative, not the jealous type I hope,” Suki tellingly remarked.

When Suki was called away to answer the door for a delivery, Gray seized the opportunity to rifle through Kheerat’s business papers.

Gray took pictures of the papers and if he found something untoward he would waste no time in reporting the Panesars to the police.

However, if the Panesars business fails they may need to give up their flat and move into the house they own on the Square or could be forced to sell the house.

Will Gray’s meddling lead to the Slaters being thrown out or will Suki protect her family from the lawyer’s threats?

And, if the Slaters are made homeless, will Kat Slater (Jessie Wallace) return to the Square to help?

EastEnders is available to wait on BBC iPlayer.