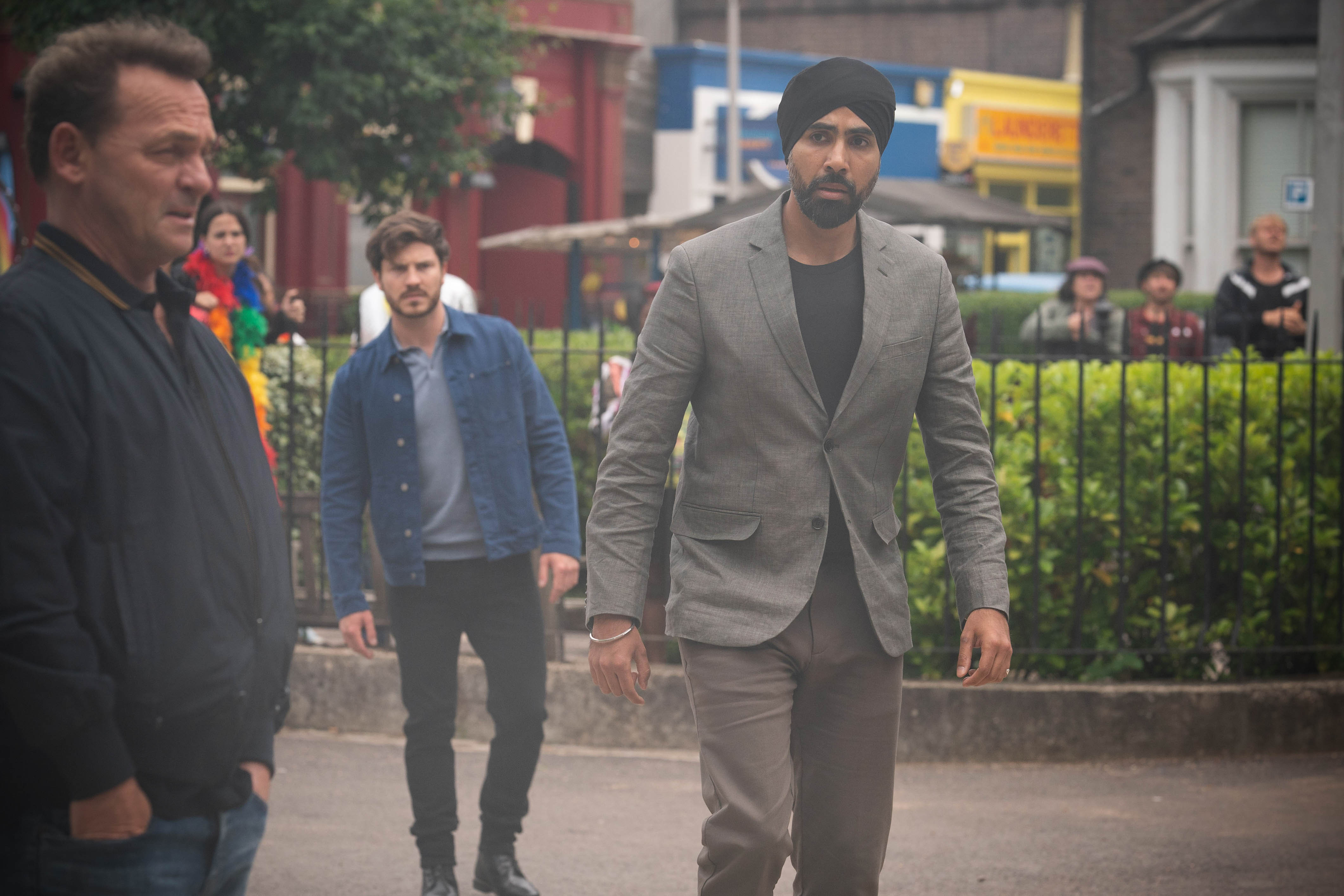 Sadly, Chantelle couldn’t escape Gray’s clutches and was murdered by him.

Coming up, it’s one year since Chantelle’s death and Kheerat confronts Gray about it, but they get distracted by a huge disaster on the Square…

Gray finds flowers on his doorstep, knowing it’s the anniversary of Chantelle’s death.

Later on, Whitney (Shona McGarty) tells him she saw Kheerat lingering around.

As Gray’s anger grows, he confronts Kheerat but he pushes past the lawyer as something is distracting him – a fire at Phil’s (Steve McFadden) house.

They arrive to see the building engulfed with flames.

Gray and Kheerat bravely head inside and as they both go upstairs; an explosion goes off.

Will they both make it out alive?

Could Suki (Balvinder Sopal) be about to lose another son?

Or will Gray die on the same day he murdered his wife?