The United States averages 3,536 drowning deaths each year, per the CDC 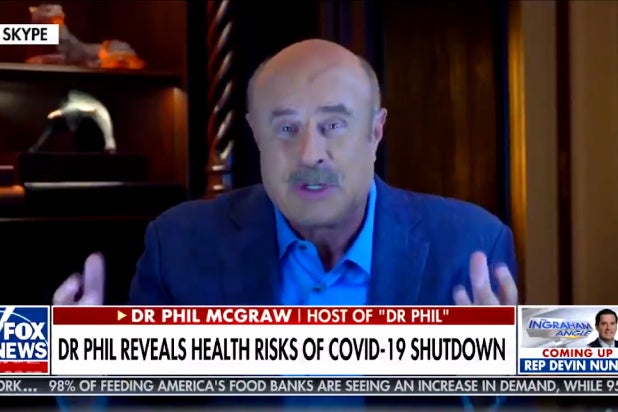 TV show host Phil “Dr. Phil” McGraw made an appearance on Thursday on “The Ingraham Angle” on Fox News, host of course by Laura Ingraham. And that appearance was so momentous that it had Dr. Phil trending very highly on Twitter for his comments about the United States’ comprehensive response to the coronavirus pandemic.

“250 people a year die from poverty. And the poverty line is getting such that more and more people are going to fall below that because the economy is crashing around us. And they’re doing that because people are dying from the coronavirus. I get that,” Dr. Phil said to Ingraham via Skype.

“But look, the fact that the matter is we have people dying, 45,000 people a year die from automobile accidents, 480,000 from cigarettes, 360,000 a year from swimming pools, but we don’t shut the country down for that but yet we’re doing it for this? And the fallout is going to last for years because people’s lives are being destroyed.”

Some of Dr. Phil’s numbers are pretty sketchy. In the United States, there are not 45,000 car deaths each year. Though the yearly total has increased the last few years up to about 40,000 per year. But it’s been more than a decade since we hit the 45,000 mark.

Dr. Phil’s comments echo Republican talking points from early March, when Donald Trump compared the coronavirus pandemic to the seasonal flu. Thus far, more than 30,000 people have died of COVID-19 in the U.S., with nearly all of those deaths coming in the past month.

More than 2,000 died in the U.S. from the virus on both Tuesday and Wednesday.

representatives for McGraw and Ingraham did not immediately respond to a request for comment from TheWrap.