Season 4 of The Crown poses a question older than the monarchy itself: Is it all right to play favorites with your children? And if so, well, which one is your favorite? In the newest season of Netflix’s acclaimed royal drama, Prince Philip (Tobias Menzies) readily admits his favorite is Princess Anne. But Queen Elizabeth II (Olivia Colman) is a bit more hesitant. So she decides to put her children to the test through a series of lunches, during which she realizes … none of her children is all that likable. But at least Prince Andrew seems to have a sense of humor?

So is Andrew the real queen’s favorite child? Although the monarch has never outright admitted her preference for her second son, royal correspondents and enthusiasts have long believed that he’s earned the highest pedastal in her heart. Her relationship with her eldest, Prince Charles, has turned repeatedly tense throughout her reign, especially when the young heir was undergoing a turbulent marriage and divorce from Princess Diana. But despite Andrew’s own well-documented bad behavior, the queen has always seemed eager to forgive him. 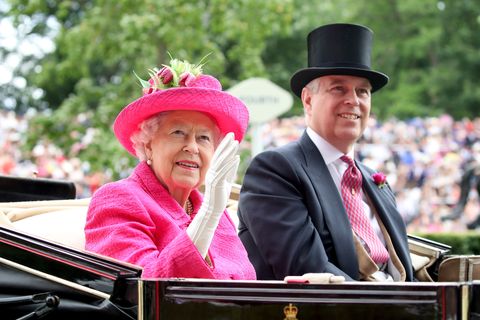 That relationship may have developed, in part, because she was around him more often during his childhood. As reported in the Telegraph, “The Queen made time for [Andrew and Edward, her youngest son]. She used to turn up at the school with one bodyguard and drive herself sometimes. She would attend sports days and various matches.” She also apparently sent her cousin a note after Andrew’s birth that read, “The baby is adorable.…All in all, he’s going to be terribly spoilt by all of us, I’m sure.”

Queen Elizabeth’s attachment to Andrew might have also been accelerated by her revitalized relationship with Philip. As BBC’s HistoryExtra explained, the queen associated her second son’s birth with the “re-booting of her marriage and a happy time in her life,” so he, more so than her other children, brought with him automatic joy as he aged.

As The Crown depicts, Andrew served as a military helicopter pilot and fought in the Falklands War, saving a number of soldiers, which boosted his public image. His repeated antics rarely seemed to bother his mother; it seemed, in fact, that she found him charming. “Andrew’s public image at the time of the Falklands War did much to further the idea that the crown and the British people were in the fight together,” Ed Owens, a historian interviewed by the BBC, explained. “Having then arrived as a royal celebrity in his own right, Andrew’s image evolved, and it wasn’t long before he was presented a ‘playboy prince’ fond of parties and female company.” 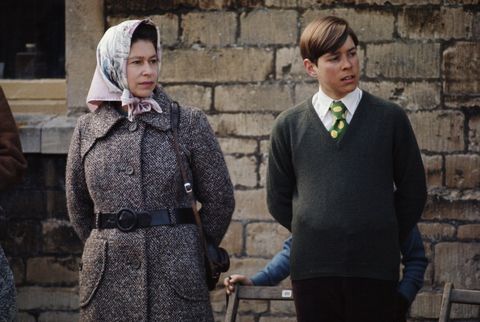 What could have crushed the relationship between queen and son arrived in 2019: A laundry list of alleged tantrums, pranks, exorbitant purchases, and ill-advised connections had finally led up to the public revelation that Andrew was repeatedly involved with convicted sex offender Jeffrey Epstein. One of Epstein’s accusers, Virginia Giuffre, alleged that she was forced to have sex with the prince on multiple occasions. Andrew has since denied all allegations, and during a BBC interview, he repeatedly insisted that he regretted his relationship with Epstein. Nevertheless, he stepped away from his royal duties that same year, following nationwide scandal and outrage.

Throughout the entire ordeal, Queen Elizabeth remained reportedly supportive of and sympathetic to her son. According to Vanity Fair, “The queen’s relationship with her alleged favorite son reportedly remains close,” and The Sun recently reported that Andrew has been his mother’s “rock” since Prince Harry and Duchess Meghan decided to leave the royal family.

Throughout this year, Andrew has continued to dodge the spotlight despite his entanglement in the Epstein case. Also a friend of Ghislaine Maxwell, who was recently charged with involvement in Epstein’s sex crimes, Andrew was mentioned during a recent deposition, with Maxwell claiming that she didn’t introduce Andrew to underage sex partners, including Giuffre. As The Guardian reported, though the name was redacted in the deposition, “the description of events involving this redaction echoes claims involving Prince Andrew, the Duke of York.”