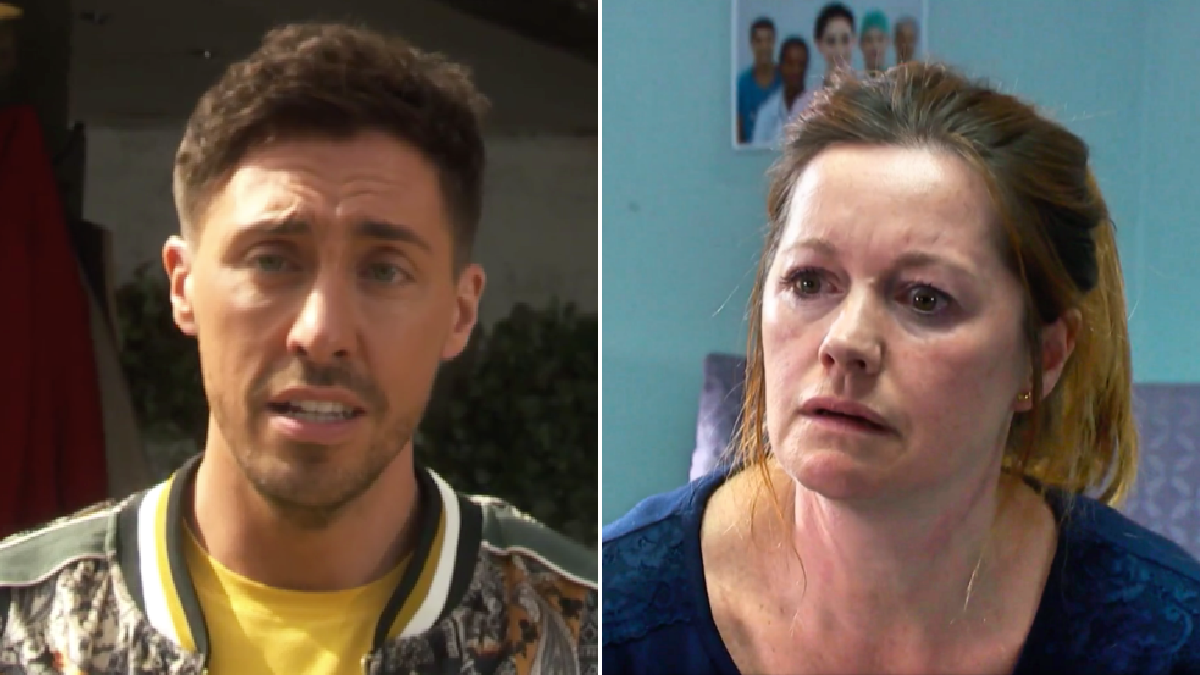 Hollyoaks’ Diane Hutchinson (Alex Fletcher) is not pleased with Scott Drinkwell (Ross Adams) in the wake of baby Eva’s vanishing, and therefore she kicks him out.

Diane, concerned that Tony (Nick Pickard) was bringing germs in, asked him to refrain from leaving the house until the baby is born.

Tony reluctantly agreed, as did Scott it would seem, as both mainstays are struggling with being cooped up in scenes next week.

Scott breaks Diane’s rules and walks out, while Tony resolves to go for a secret walk.

While he’s out, however, Diane’s waters break! Tony soon returns, and after forcing the door in, he pleads with Diane to come to the hospital.

She refuses, and soon enough she gives birth to baby Eva.

Diane, having ended up in hospital despite her wishes, orders Tony not to let anyone touch Eva, and she’s not pleased when her baby is left alone with Scott.

Scott seemingly takes baby Eva out for a walk, and she soon goes missing – leaving Tony distraught. Tony takes his frustrations out on Scott, while Diane blames Tony for what’s transpired.

In the aftermath of the incident, Diane tells her husband that she doesn’t want Scott under her roof anymore.

Scott, in emotional scenes, agrees to move out, but it’s clear that Tony is concerned for Diane’s mental health.