Nail Bomber: Manhunt examines the 1999 London nail bombings which targeted Black, Bangladeshi and the gay community across London and the race to find the attacker. Express.co.uk has everything you need to know about David Copeland.

Is David Copeland still in prison?

On Saturday, April 17 1999, Copeland began a two-week-long bombing campaign that killed three people and injured 140 others.

His bombings targeted Black, Bangladeshi and gay communities in the UK capital.

As seen in the documentary and in a 2000 BBC Panorama documentary, Copeland made a full confession and explained his political motivations for the attacks. 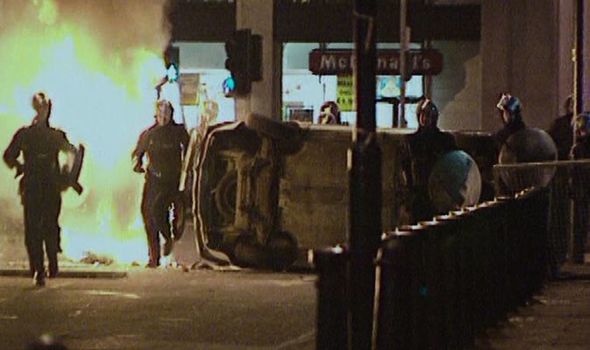 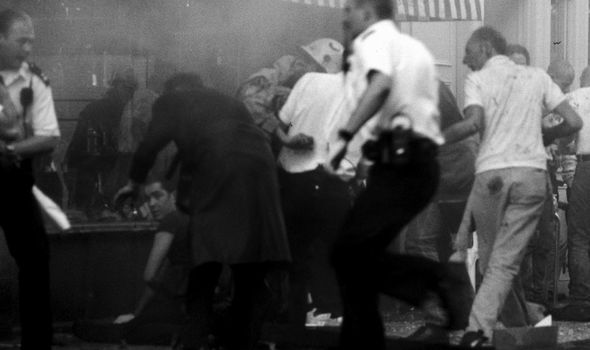 He told police: “My main intent was to spread fear, resentment and hatred throughout this country.

“My aim was political. It was to cause a racial war in this country. There’d be a backlash from the ethnic minorities, then all the white people will go out and vote BNP.”

On May 2, 1999, the Metropolitan Police Anti-Terrorist Branch charged 22-year-old Copeland with murder.

At the time of his arrest, he was found to be a Neo-Nazi militant and former member of two political groups: The British National Party and the National Socialist Movement. 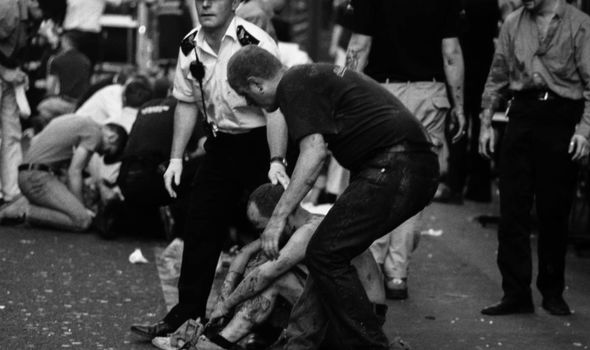 As reported in The Guardian, when police turned up to arrest him at his rented address in Sunnybank Road, Cove, Hampshire, Copeland admitted to carrying out the attacks and showed police his room, which had two Nazi flags hanging and a collection of newspaper clippings about his bombing spree.

On Friday, June 30 2000, David Copeland was found guilty to three counts of murder and was sentenced to six life sentences at the Old Bailey with a minimum of 30 years.

His plea of guilty to manslaughter on the grounds of diminished responsibility was not accepted by the prosecution or jury.

In interviews with police, Copeland maintained he acted along and no one was aware of his plans to carry out the bombings. 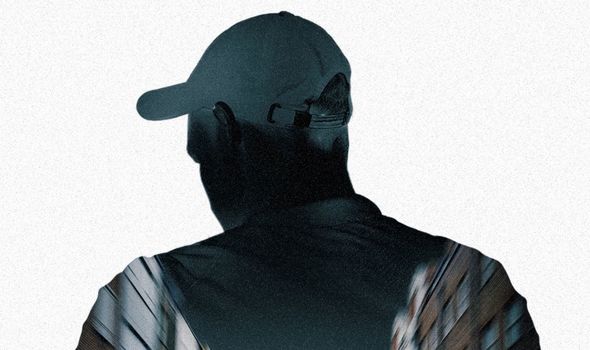 Sentencing Copeland, the judge said the public needed to be protected from his “virulent hatred and pitiless contempt for a very long time.”

Judge Michael Hyam continued: “On your own admission you set out to kill, to maim and to cause terror in the community and that is what you did.

“As a result of your wicked intentions you have left three families bereaved and many people who were so severely injured by the explosions you caused that they are reminded every day, and perhaps many times every day, that you alone are accountable for ruining their lives.”

Copeland was initially incarcerated at the high-security Broadmoor Hospital and later transferred to HM Prison Belmarsh.

In 2007, the High Court under new law extended Copeland’s minimum sentence to 50 years.

In October 2015, Copeland received an additional three years to his sentence after an attack on a fellow prisoner at HMP Belmarsh the previous year.

If Copeland is ever released from prison, he would be approximately 75-years-old.

According to a February 2021 story by The Sun, Copeland,44, has reportedly converted to Islam at HMP Frankland in Durham.

The Sun spoke with armed robber Andy Ross who was recently released after serving 11 and a half years.

What happened in the 1999 London Nail Bombings?

The second bomb, a nail bomb, was set off in rick Lane on Saturday, April 24 an area largely associated with London’s Bangladeshi community.

Copeland’s deadliest attack was at the Admiral Duncan Pub on Friday, April 30 in London’s Soho, the final bombing in his three-week campaign.

His victims at the Admiral Duncan pub were friends Andrea Dykes, 27, John Light, 32, and Nik Moore, 31.