CELEBRITIES are jumping on the TikTok video bandwagon while looking for things to do during quarantine, and now Dame Judi Dench has gotten in on the fun.

The 85-year-old actress was recruited by her grandson Sam Williams to dance it up to Yung Gravy’s song Cheryl. 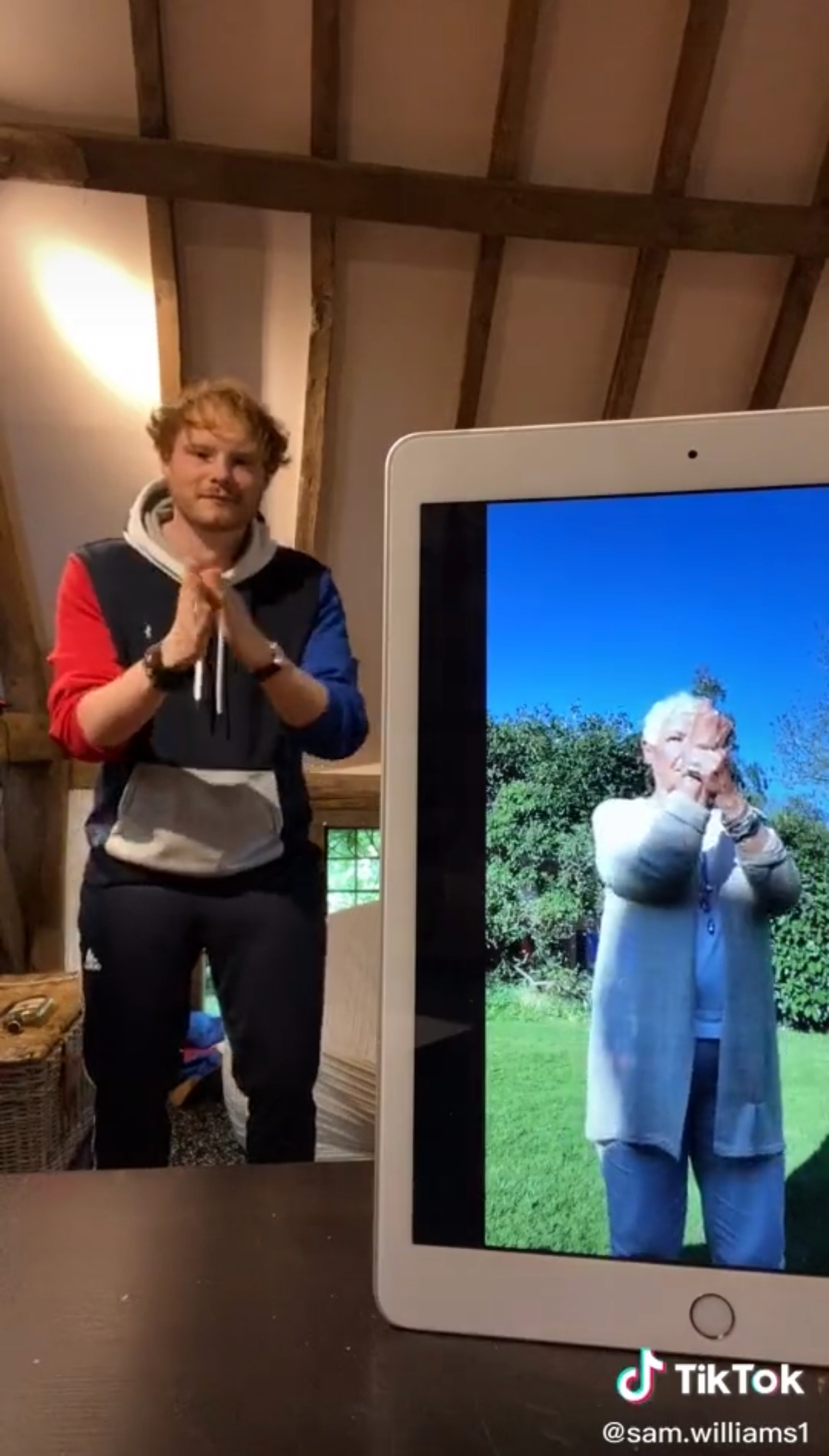 The short clip opens on a sweatshirt-wearing Sam backing away from his recording device and an iPad with Oscar-winning Judi on it set up in front of the camera.

The background music starts: “Baby, come back, you could blame it all on me. I was wrong and I just can't live without you.”

Grandma and grandson stay still until the beat changes and the new lyrics call their attention. 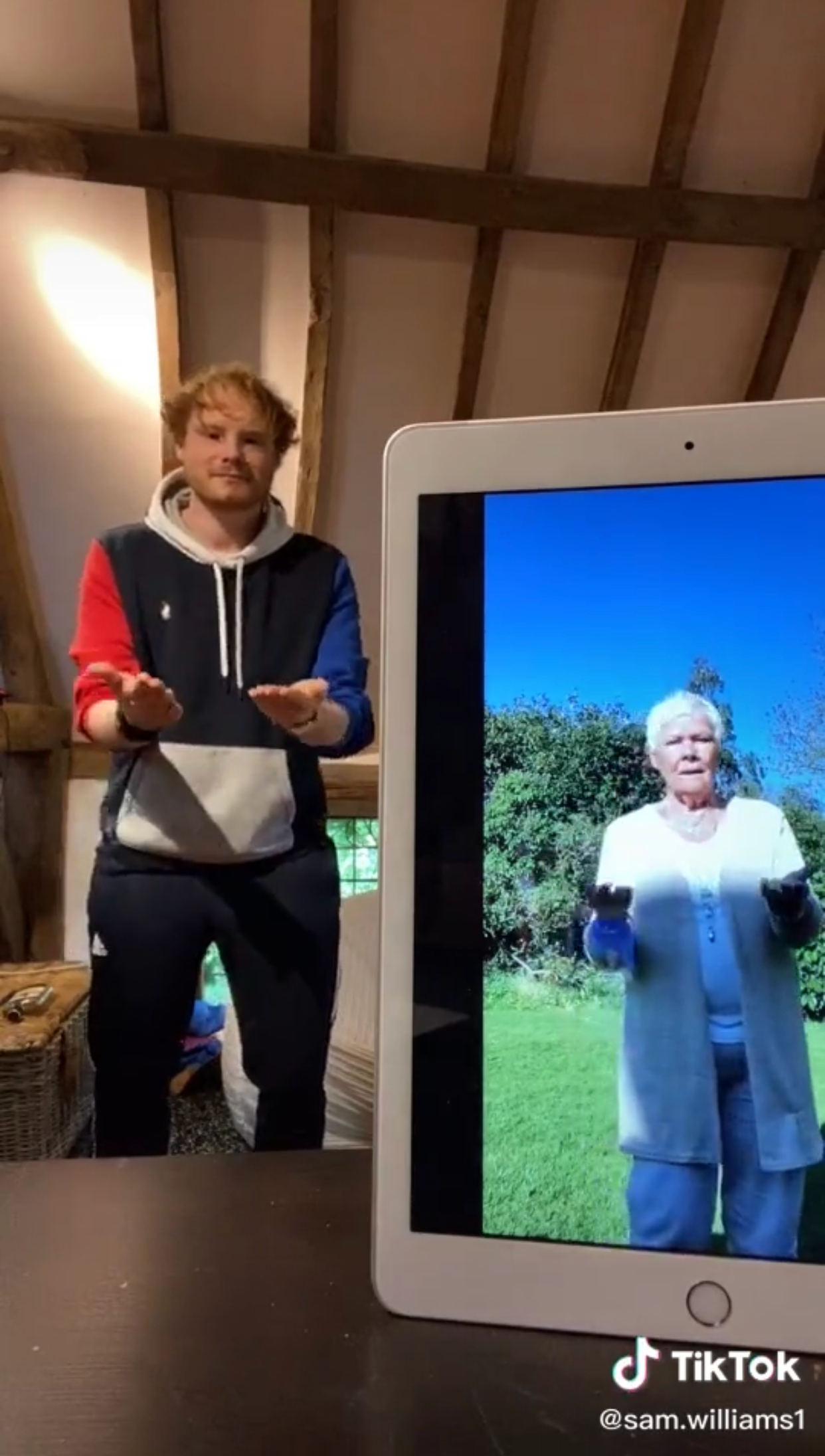 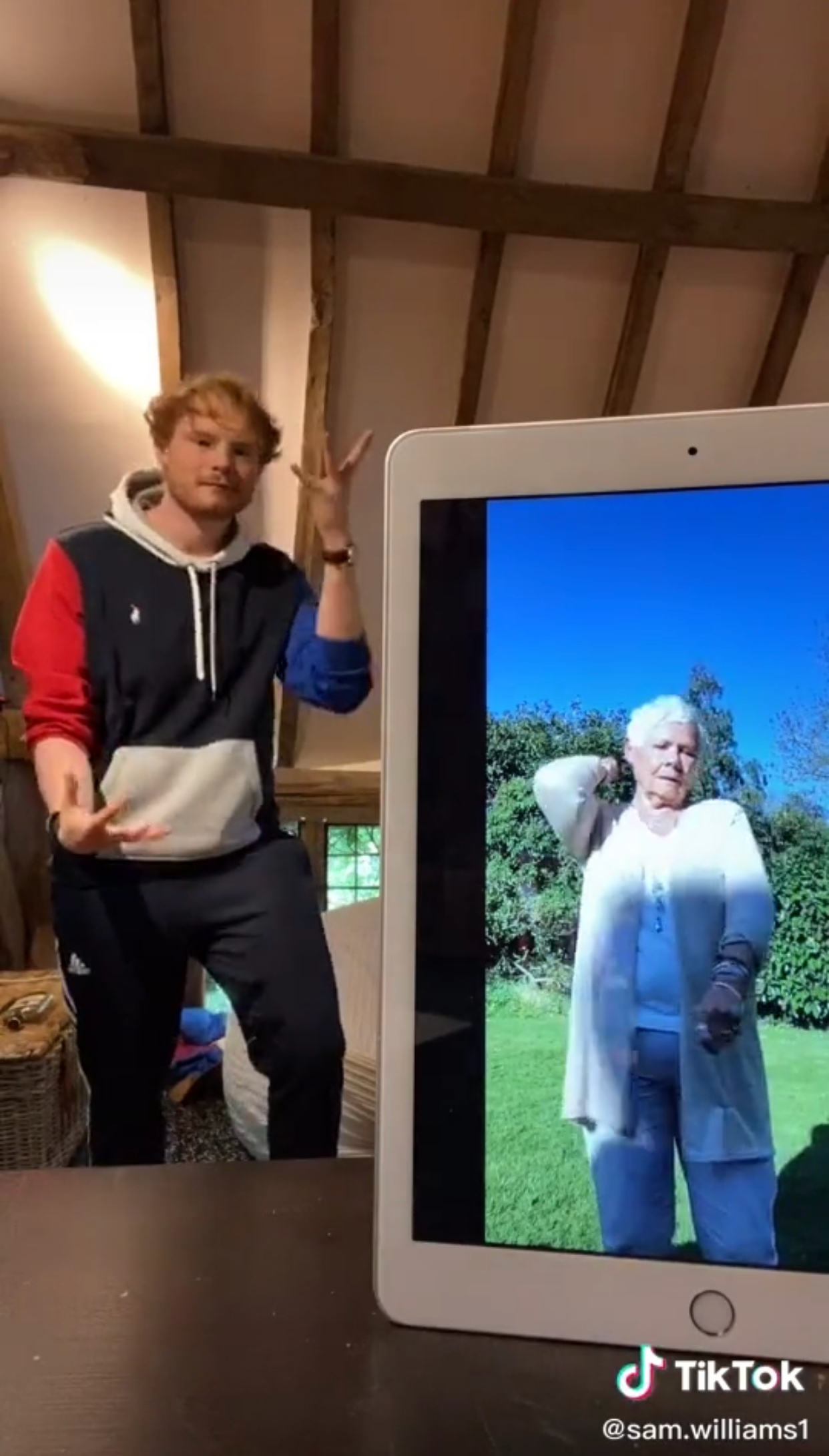 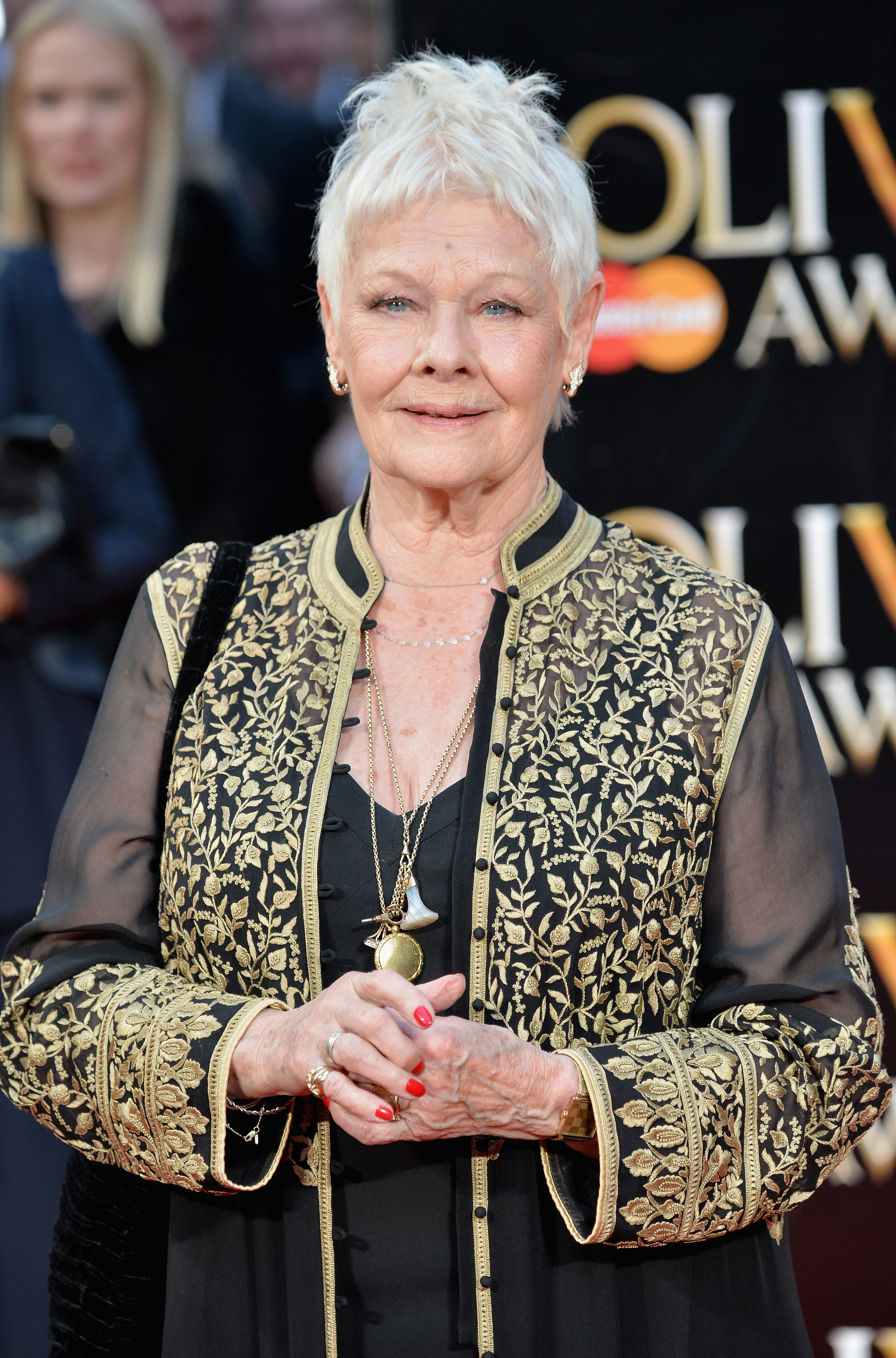 The duo perform the corresponding dance moves, with both of them holding out their hands, as if they have a cup of juice and sauce in each one, before throwing one of their hands over their shoulder.

The moves only get better from there, with Judi showing off some hip-hop skills and ending the video by smacking the air like she’s hitting someone’s backside.

Sam closes out the video by mouthing, “Yesssss,” clearly happy he was able to get Dame Judi Dench to participate.

The clip has now gotten over half a million views, almost 100,000 likes and more than 800 comments. 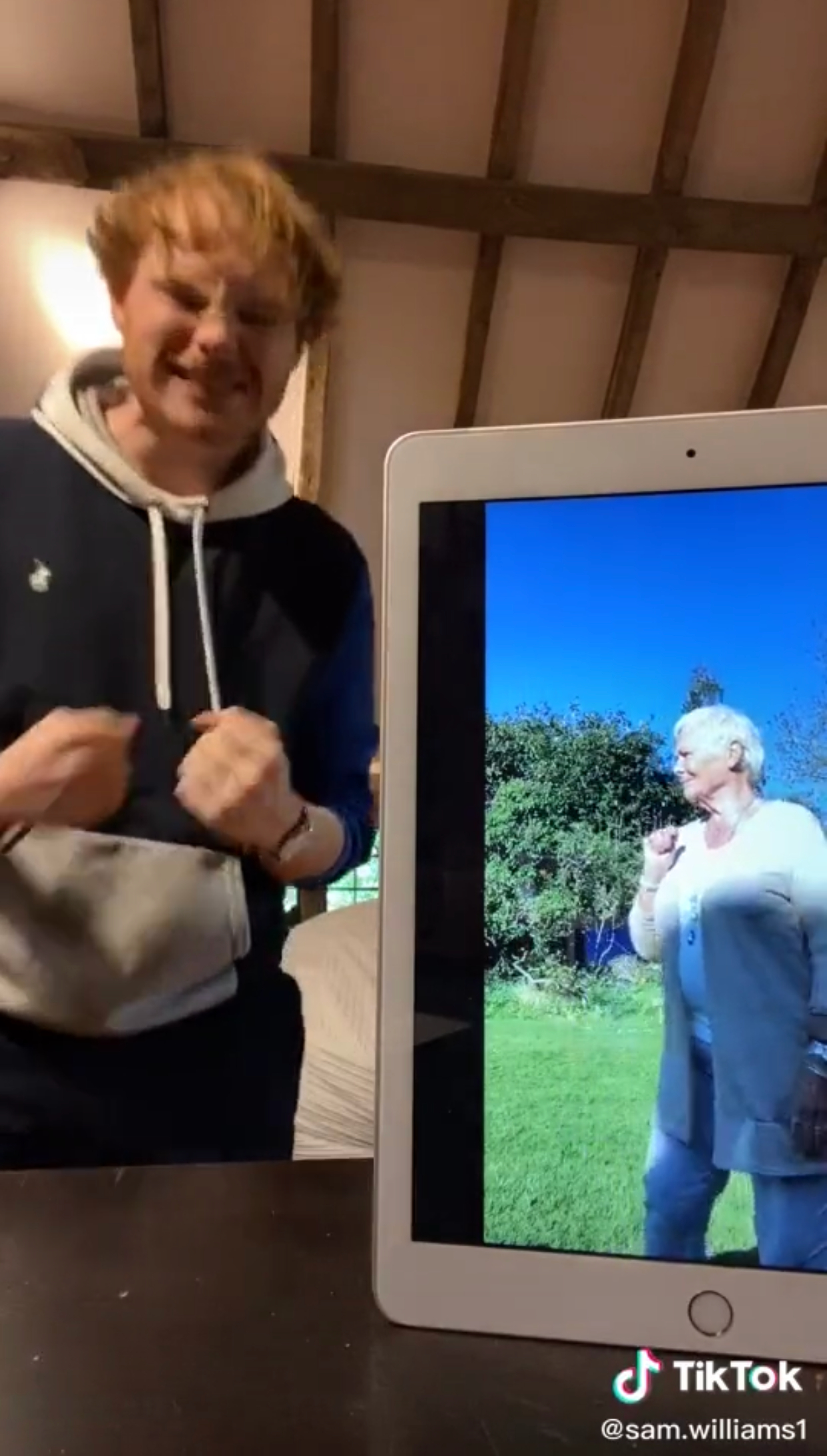 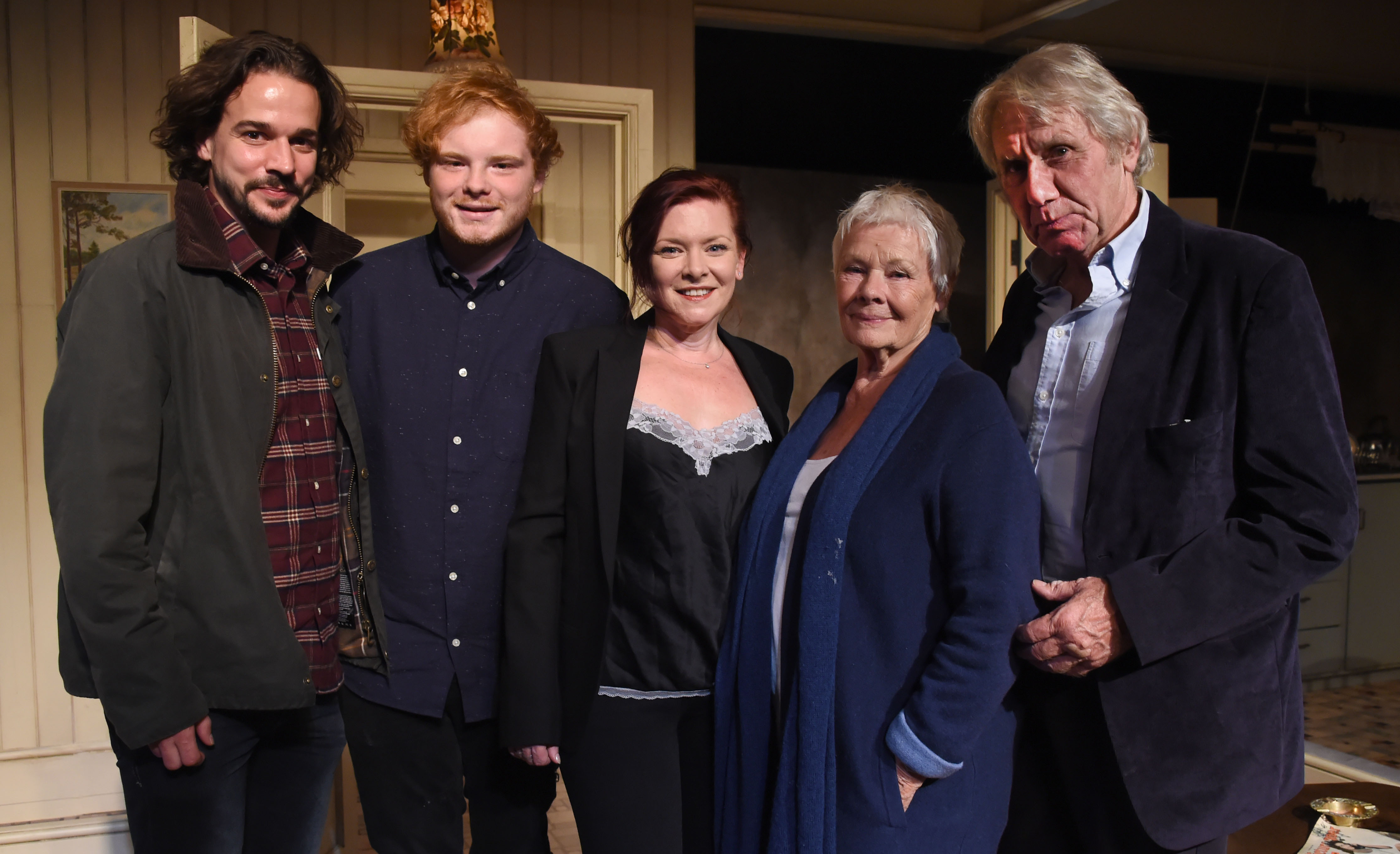 After the TikTok went viral, viewers were commenting on not just the Skyfall actress' dance moves but also her grandson’s resemblance to Ed Sheeran.

Another wrote: “You sure someone hasn't just cloned Ed Sheeran at the age of 20?”

A third said: “You’re telling me that’s not Ed Sheeran.”

All of these reactions led Sam to post another TikTok captioned: “When you order a B-Tech Ed Sheeran!”

In it, he’s wearing a plaid shirt, has a fake arm tattoo, similar to Ed’s, and is holding up a microphone.

The video ends by his image morphing into a photo of Ed, showing how similar the two look.