This weekend’s 30-percent drop, creating a new box-office low for 2021, isn’t entirely surprising. “Nomadland” is the only new wide-release title and last week was boosted by two holidays. The devastating winter weather in Texas also caused some theater closures. Our weekend estimate is around $8.5 million ($7.3 million in the top 10); last year, the total was $107 million.

The news isn’t all bad, if you’re Universal; “The Croods: A New Age” is again at #1, is in its 13th week and its $1.7 million gross pushes it to over $50 million domestic total. That makes it the second film to reach that number since a significant number of theaters reopened in September. More impressively, it’s also been available at home on Premium VOD for more than eight weeks. “Tenet” is the top grossing film at $58 million, but it had three months of no PVOD.

“Croods” may not top it; Disney’s “Raya and the Last Dragon” opens March 6 to compete for family attention (while also debuting on Disney+). It’s an impressive performance, although they’ve likely made more from the $19.99 rentals and downloads (of which the studio receives 80 percent). The international take is a little over $100 million. 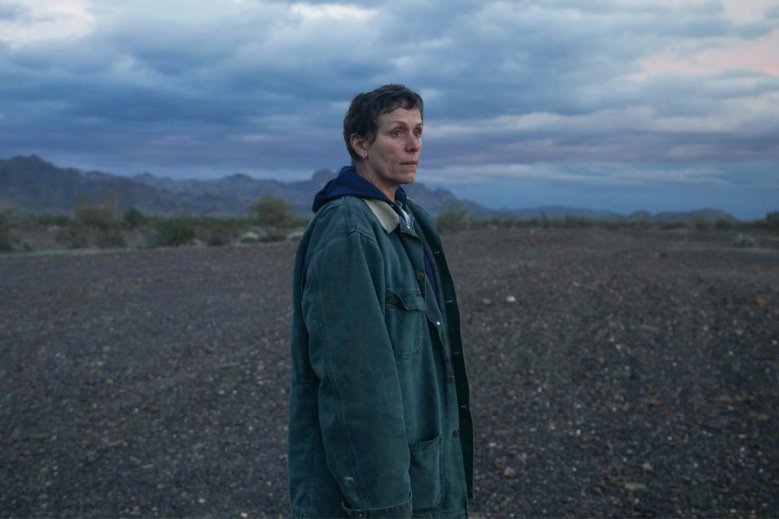 Context is the key word in reporting a gross for “Nomadland.” Searchlight’s acclaimed film, considered an Oscar frontrunner after three weeks in IMAX theaters (no grosses reported) went to a 1,200-theater run nationwide. The distributor is not reporting any estimate and held back grosses from Comscore. Per multiple sources, it appears Chloe Zhao’s film grossed about $500,000 in 1,200 theaters. That’s good enough for a tie for #7, and it comes with Hulu subscribers needing only to click their remote and watch it for free. A social media marketing campaign that emphasized its Hulu placement.

A film like this would never open in 1,200 theaters under normal circumstances; it would have been a long-term platform release that might not reach this number of theaters until after the Oscar nominations. Searchlight could have built the release more slowly, but that would have denied the film to many hungry theaters. These results don’t reflect its awards prospects.

Warner Bros. holds down the #2-#4 positions again with three titles that are either on PVOD or HBO Max. The second weekend of “Judas and the Black Messiah” dropped to third. Of note: This is the third straight time that a Warner title fell over 50 percent after its debut. If its estimate for the first weekend was accurate, these are unusually large drops compared to other releases. With strong word of mouth and an A Cinemascore, “Judas” is the kind of title that would be expected to hold better. However, given the confusing confluence of factors, including the pandemic impact and home availability with no reporting, box-office conclusions are contextual at best.

“Monster Hunt” (Sony) provides some interesting fodder. It now is on PVOD, yet fell only 25 percent, the third best hold in the top 10. That could mean that marketing for home showings helped theaters. The best hold was the amazing “The War with Grandpa” (101), up 18 percent in its 20th week while it rents for $5.99 at home. The comedy has now passed $20 million.

Several specialized titles below the top 10 are getting attention. Best is “The Mauritanian” (STX) with $135,000 in 287 theaters. It fell 18 percent from its initial weekend. It is currently theater exclusive, though PVOD comes on March 2. “Blithe Spirit” from IFC opened to $98,100 in 239 theaters, while also showing on PVOD. “Minari” (A24, not reporting) did an estimated $90,000 in 250 theaters while also available on the company’s own platform (it adds PVOD this Friday). “Willy’s Wonderland” (Screen Media) with Nicolas Cage did $88,579 in 171 theaters. It is also on PVOD. 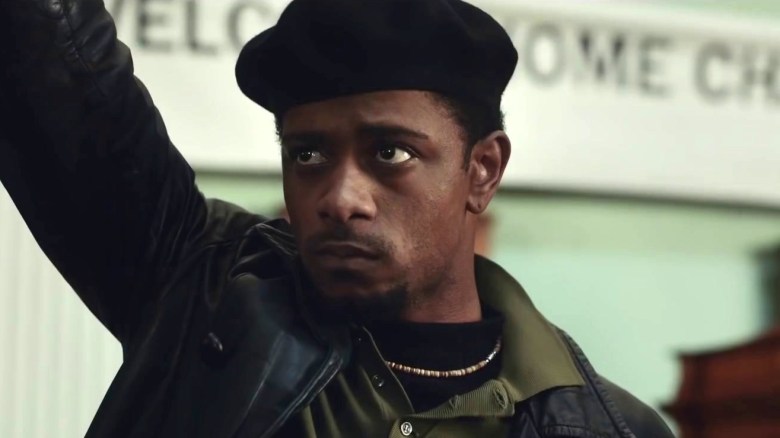 “Judas and the Black Messiah”