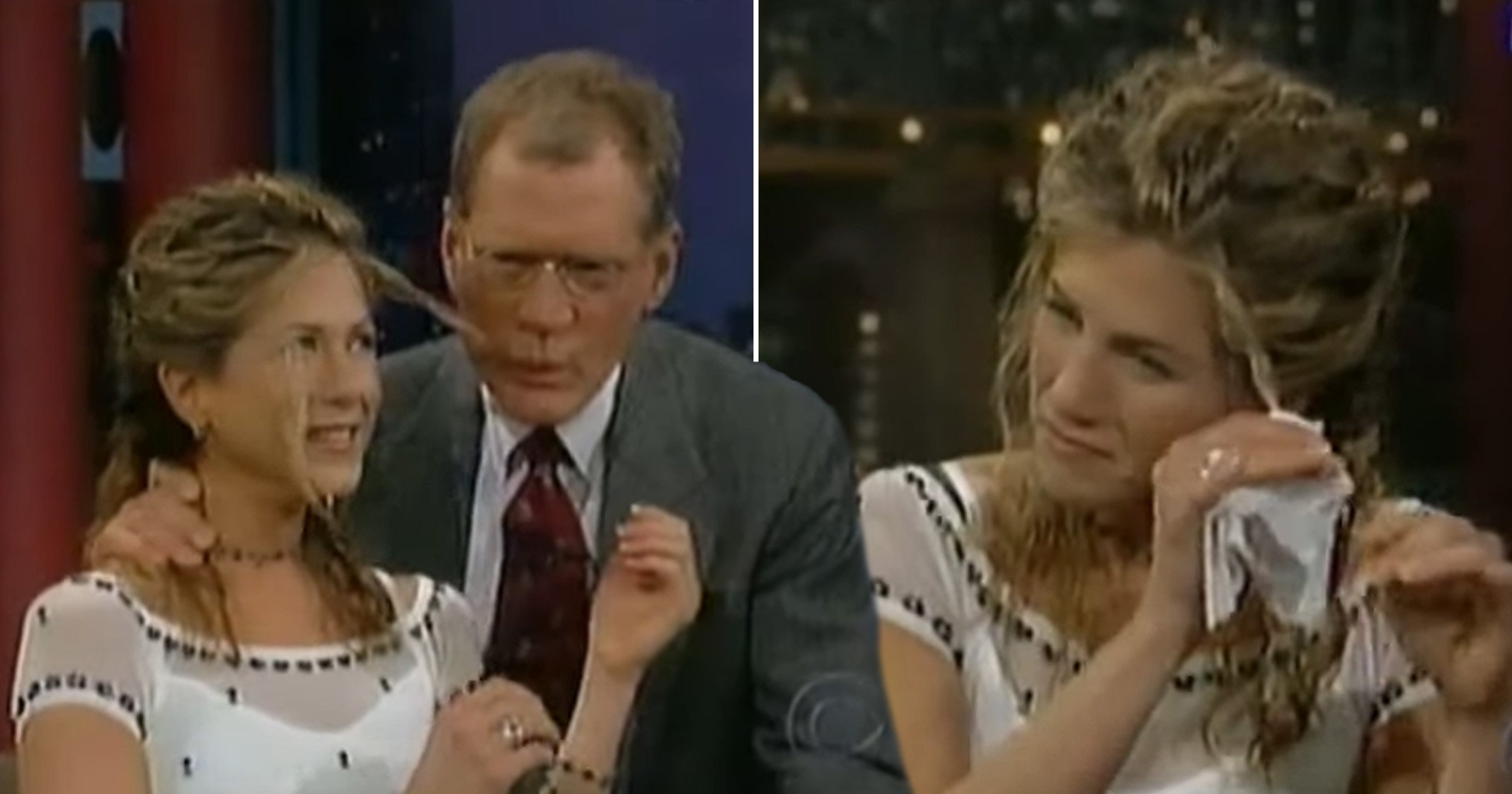 David Letterman has come under fire for sucking on a strand of Jennifer Aniston’s hair during an interview in 1998.

After the 73-year-old was called out for his 2013 interview with Lindsay Lohan where he repeatedly asked the actress about her stints in rehab, the internet dug out another ‘disturbing’ piece of footage from The Late Show.

In the video, Letterman is seen placing his hand by the Friends star’s neck and sticking out his tongue close to her face.

‘Forgive me if this is rude, I just want to try one thing,’ he said.

Aniston recoiled as Letterman approached her and demanded: ‘What are you doing?’

He persisted and then proceeded to put Aniston‘s hair in his mouth.

After doing so, Letterman slid back to behind his desk and passed Aniston a tissue so she could dab his saliva off and she pocketed it afterwards.

‘It’s something to do with the steam room,’ he added, referring to a comment Aniston had previously made about having a strange encounter with two naked female fans in a steam room.

Commenting on the tissue, Aniston smiled: ‘That’s going to be worth a lot of money someday.’

‘Well you scared the hell out of me,’ he replied. ‘I was like that [mimicking putting her hair in his mouth] and you screamed. How did you think I felt? You ruined it for me. Are you happy?’

‘I’m so sorry!’ Aniston responded. ‘What was I thinking?’

Fans were creeped out by the old interview and shared their thoughts on social media.

Old interviews have been resurfacing after Framing Britney Spears viewers were left shocked by some of the interview questions the singer faced, with many revaluating the inappropriate behaviour faced by women in the industry.