Coronation Street bosses made the decision to cut its episodes broadcasted per week in half after the show had to stop filming at the end of last month once new social-distancing measures were introduced by the government. However, with only a limited number of instalments already recorded, actress Beverley Callard has admitted show bosses are “panicking like mad” episodes will run out before filming can resume.

The ITV soap has been on air since 1960 and has continued to be watched by millions of loyal fans across the nation.

However, the popular show was dealt a huge blow when it came to the decision to stop filming after the coronavirus outbreak.

It’s one of many programmes on the channel that have been affected by the spread of the virus as new government advice told people to stay in their homes.

Last month, the show released a statement about its future, telling fans: “ITV has sadly taken the decision to suspend production of the soaps Coronation Street and Emmerdale with effect from Monday 23 March. 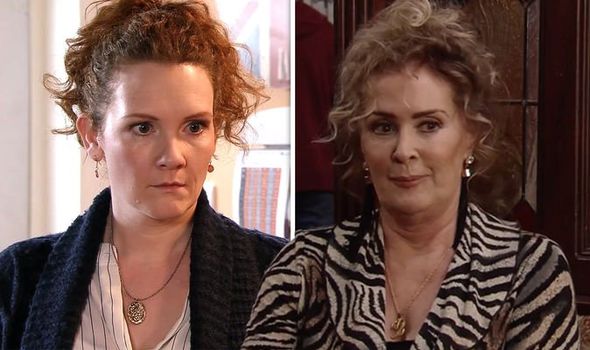 “We’ve been doing our best to carry on filming, whilst adhering to the government’s latest health guidelines, to ensure we’ve episodes of both soaps airing on ITV until at least the early summer.

“However, the health and well-being of the production teams, actors, crew and their families is of paramount importance to us and we now feel that the time has come to stop filming,” it concluded.

As the end of the current guidelines remains uncertain, some of the show’s actors have spoken out on the future of the show. 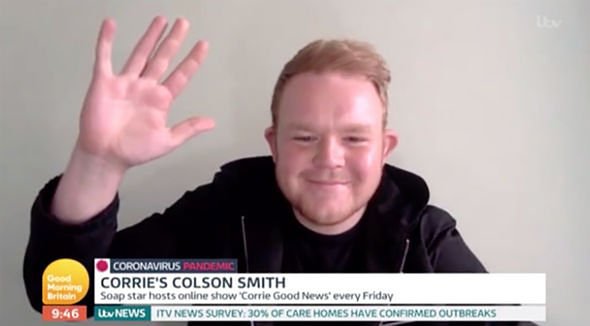 Jennie admitted she keeps forgetting:  “I keep putting it on at half eight, but then I think, ‘Oh no, Corrie’s not on’.

“They’ve limited our Corrie output now, so there’s only three on instead of six,” she explained.

However, she did reassure fans it was for the best, adding: “I know people might be missing those three episodes but at least it means we’ve got a bit more time.

“I know our bosses are working really hard every day assessing the situation.”

However, Beverly confessed show bosses are worried about: “And they’re panicking like mad aren’t they? But, of course, you can’t not.

“Even if it does come to an end and we run out of episodes, the writers will be going mad, they’ll be excited to create new storylines and everything.

“Because we’ve got a massive team of writers, so they’ll keep it going,” she added.

The pair aren’t the only stars to have spoken out about how the virus will affect the future of the show.

Earlier today, Colson Smith, who plays Craig Tinker in the soap, confirmed the show would be making reference to the virus once back on-air.

Speaking to Lorraine Kelly on GMB this morning, Colson said: “It will be interesting, I think we’re all looking forward to, when we get the nod to say we’re going back, reading the scripts and reading how we show the guidelines, the social distancing.

“How we show what we missed. It’s an exciting time, we’ve got a great team of writers behind us.

“I’m sure they’re all working hard right now to make sure that when we do come back, we’re right and we’re ready,” he promised.