Last week, Coronation Street fans watched in horror as Amy Barlow (played by Elle Mulvaney) threw a rather raucous party, inviting anyone with a bottle of vodka, but this meant inviting troublemaker Kelly Neelan (Millie Gibson). After Kelly and Asha Alahan (Tanisha Gorey) had a falling out, Kelly made intimate photos of Asha go viral. But, this week on the ITV show, Aadi Alahan (Adam Hussain) will find himself in hot water trying to defend his sister.

Tonight’s episode saw Asha coming to terms with the idea her inappropriate photos, which were only meant for Corey Brent (Maximus Evans), were circulating around her school.

Asha tried hard to make sure her dad, Dev Alahan (Jimmi Harkishin) didn’t find out, fearing he would go to the police.

The young girl tried to play the incident down to her friends as well, and Kelly was suddenly back on her side, with Asha not knowing she was responsible for the photo being initially leaked.

Aadi burst into Asha’s room tonight, furious and asking her what she thought she was doing, taking videos and photos of herself in the first place. 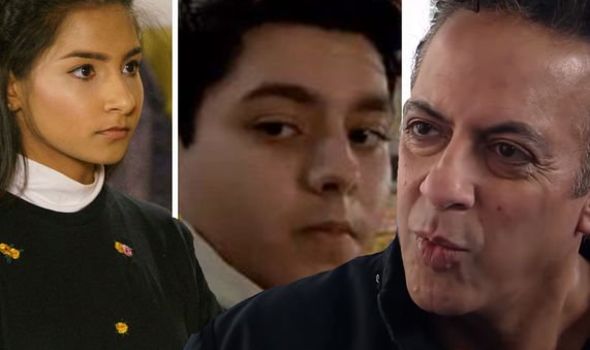 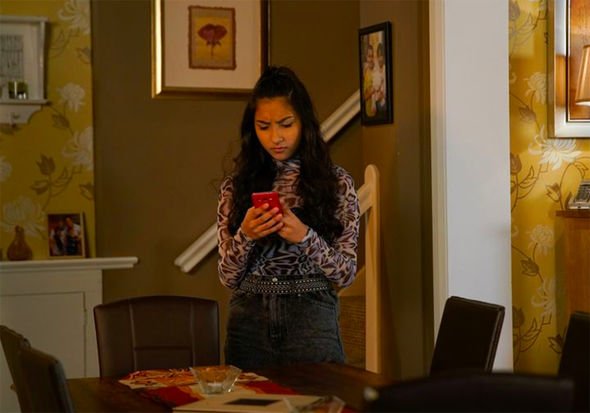 However, later Dev tried to get Asha to go and help litter pick with the rest of her class but she feigned illness due to the number of messages she had received after the party.

But, when Dev found a bottle of vodka was missing from the shop after Tracy Barlow (Kate Ford) kindly pointed it out, he was left asking his own children questions about its whereabouts.

Aadi outright denied he had taken it, and Asha said she had no idea what he was talking about, but this wasn’t a good enough answer and Dev told them to get ready and to get litter picking.

Everyone was talking behind Asha’s back but she carried on with the help of Amy. 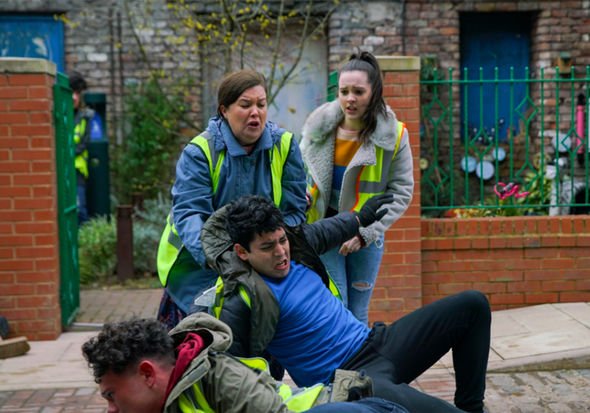 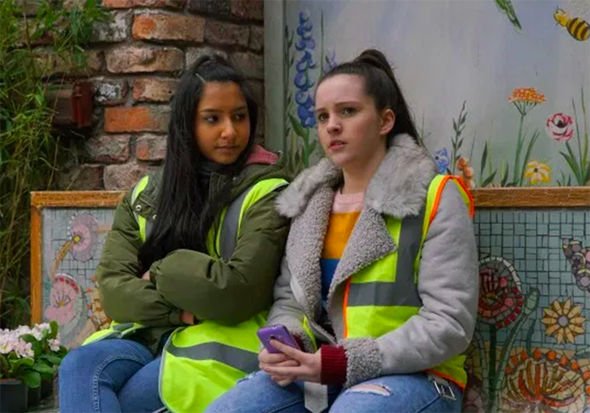 Trouble began when Aadi was approached by one of the boys who had seen the inappropriate photos.

He told Aadi: “Didn’t recognise her without her clothes on?

“Don’t worry we gave her an eight didn’t realise she was such a slag.”

Aadi lunged at the boy tackling him to the ground and punching him in the face until Amy pulled him off and screamed at him.

But, Aadi wasn’t having it and shouted back: “Shut up Amy, you snitch. He’s right though she is a slag.”

Aadi ran off, but as viewers remembered, Dev doesn’t know what has happened yet.

If Aadi were to be arrested for the brutal Weatherfield attack, the family could start to unravel, but would he go to jail?

Tanisha Gorey who plays Asha recently told Digital Spy it is going to get a lot worse for the family before it gets any better.

She explained: “Dev starts out very, very angry. He brings up Asha’s mum Sunita (Shobna Gulati) and says that she would have been ashamed.

“I think that’s really important because we’ve never seen them speak about her much before.

“For Dev to now bring up Asha’s mum as an insult, it makes her feel even worse. She wonders why he’d say that to her.”

How will Dev respond when he finds out that not only Asha is in trouble, but Aadi could be in trouble with the law as well?

Coronation Street continues on ITV on Mondays, Wednesdays, and Fridays at 7.30pm.