CORONATION Street fans noticed a pretty big blunder as an actor who has left the show turned up again in a surprising way. 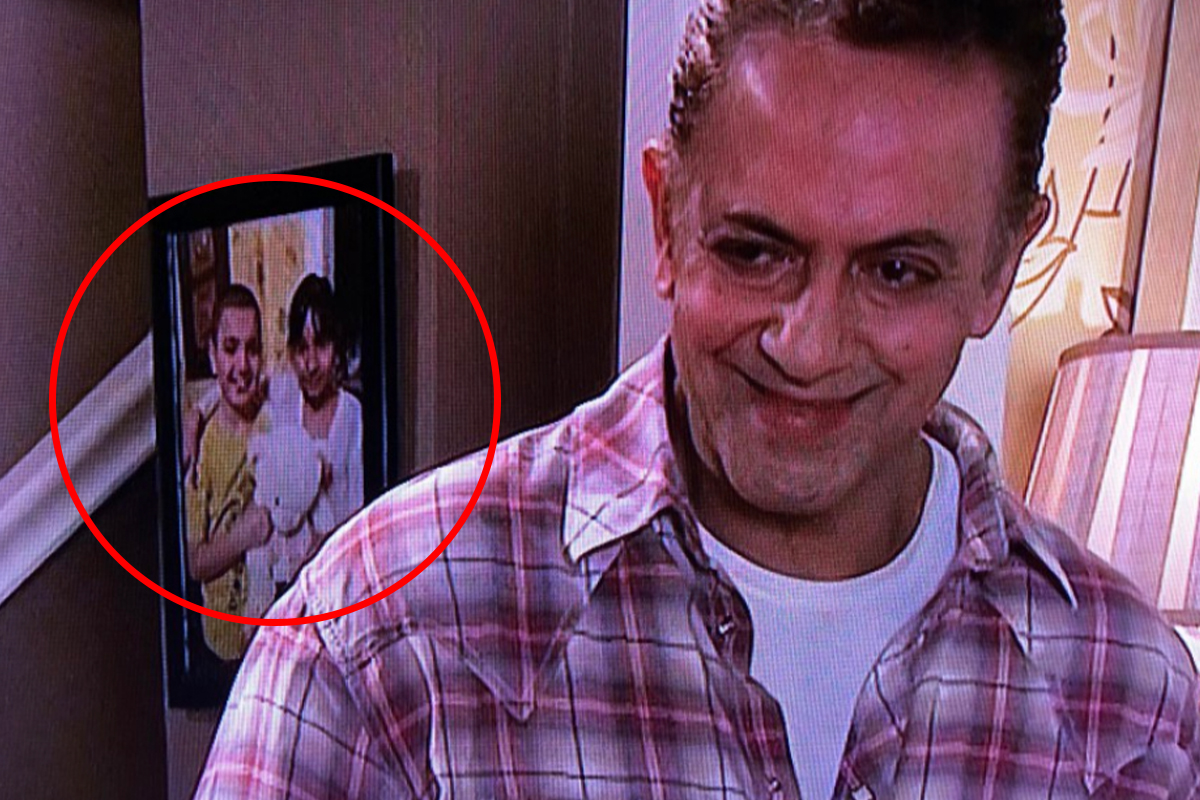 In Wednesday's episode a scene featuring Aadi's dad, Dev, had some framed family pictures in the shot behind him.

But on closer inspection one of the pics of Aadi was actually Zennon Ditchett, the actor that played the character until a few months ago.

Actor Adam Hussain took over playing the son of shopkeeper Dev in April this year.

He replaced Zennon – who had played Aadi in the ITV soap since 2009 – but quit to focus on his A Level Studies. 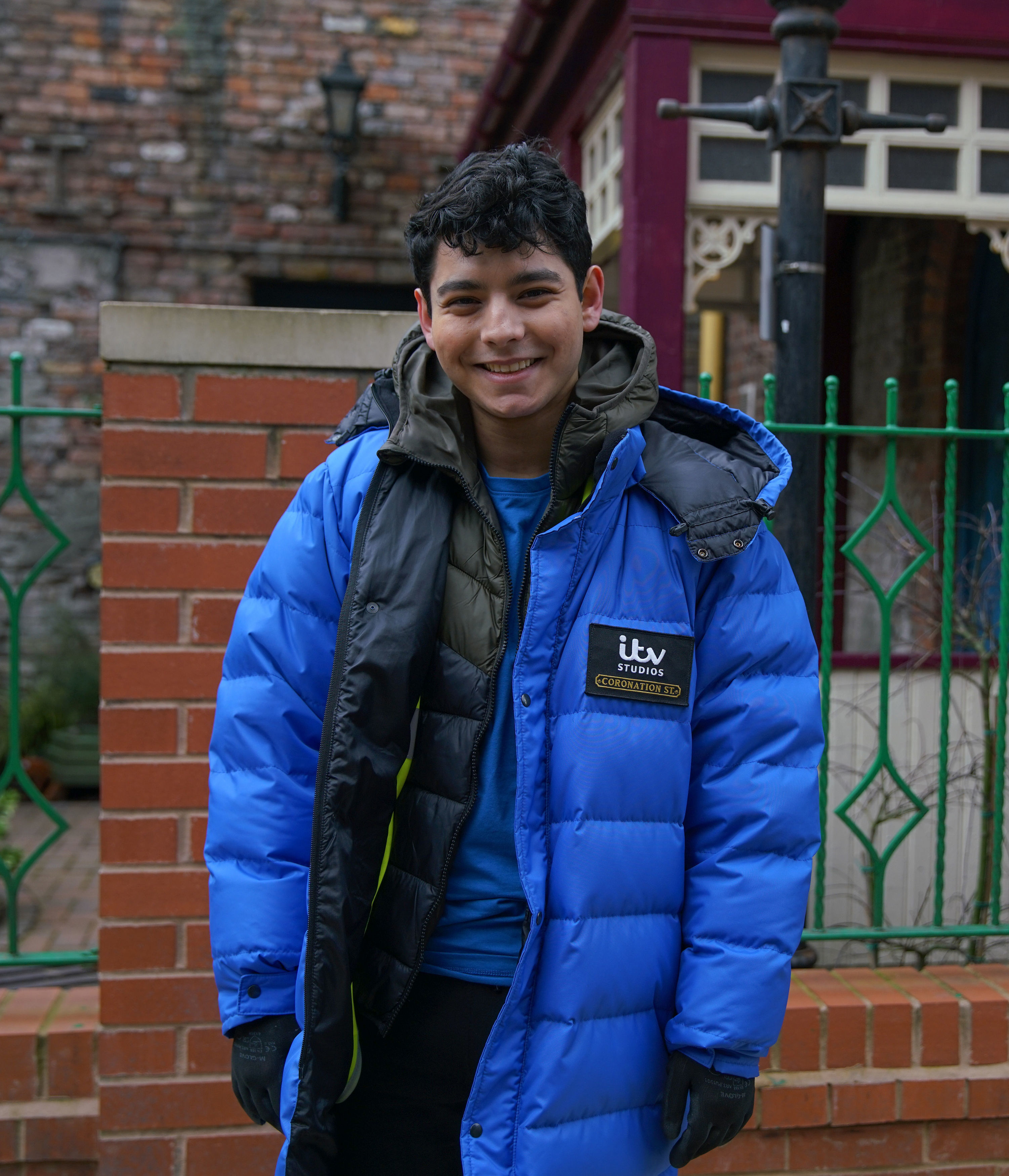 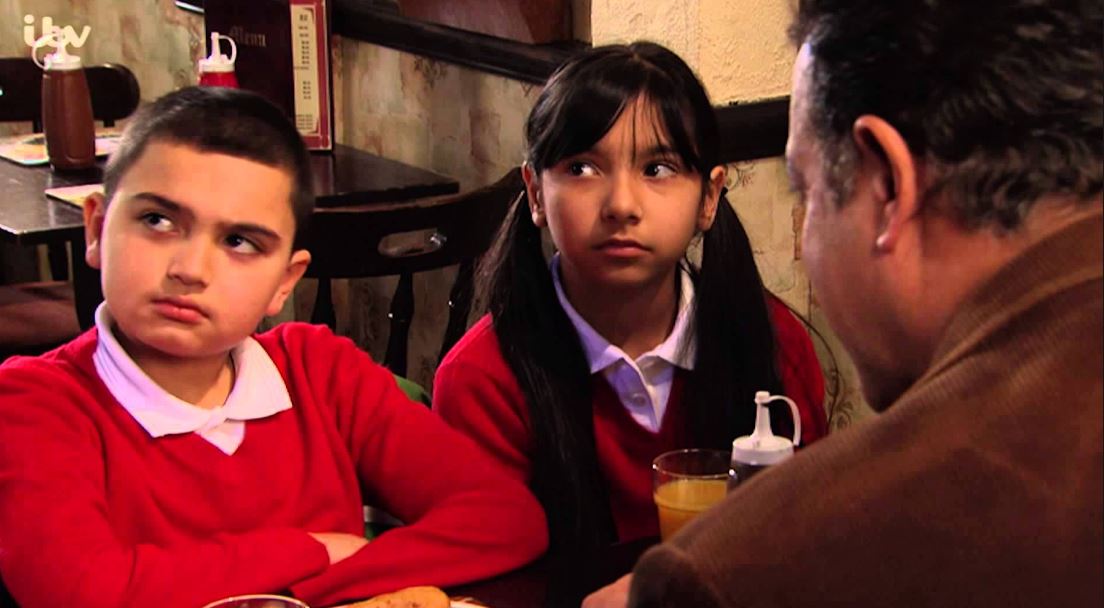 Corrie fans took to Twitter to point out the gaffe with one labelling it a "school boy error".

The Twitter user joked "Dev’s boy has changed and he hasn’t even noticed. A reminder of old Aadi on the wall."

And added: "Kids, they change so fast. Sometimes I don’t even recognise my own kids. Old Aadi in picture."

Adam jumped straight into some dramatic acting in his first few days on set. 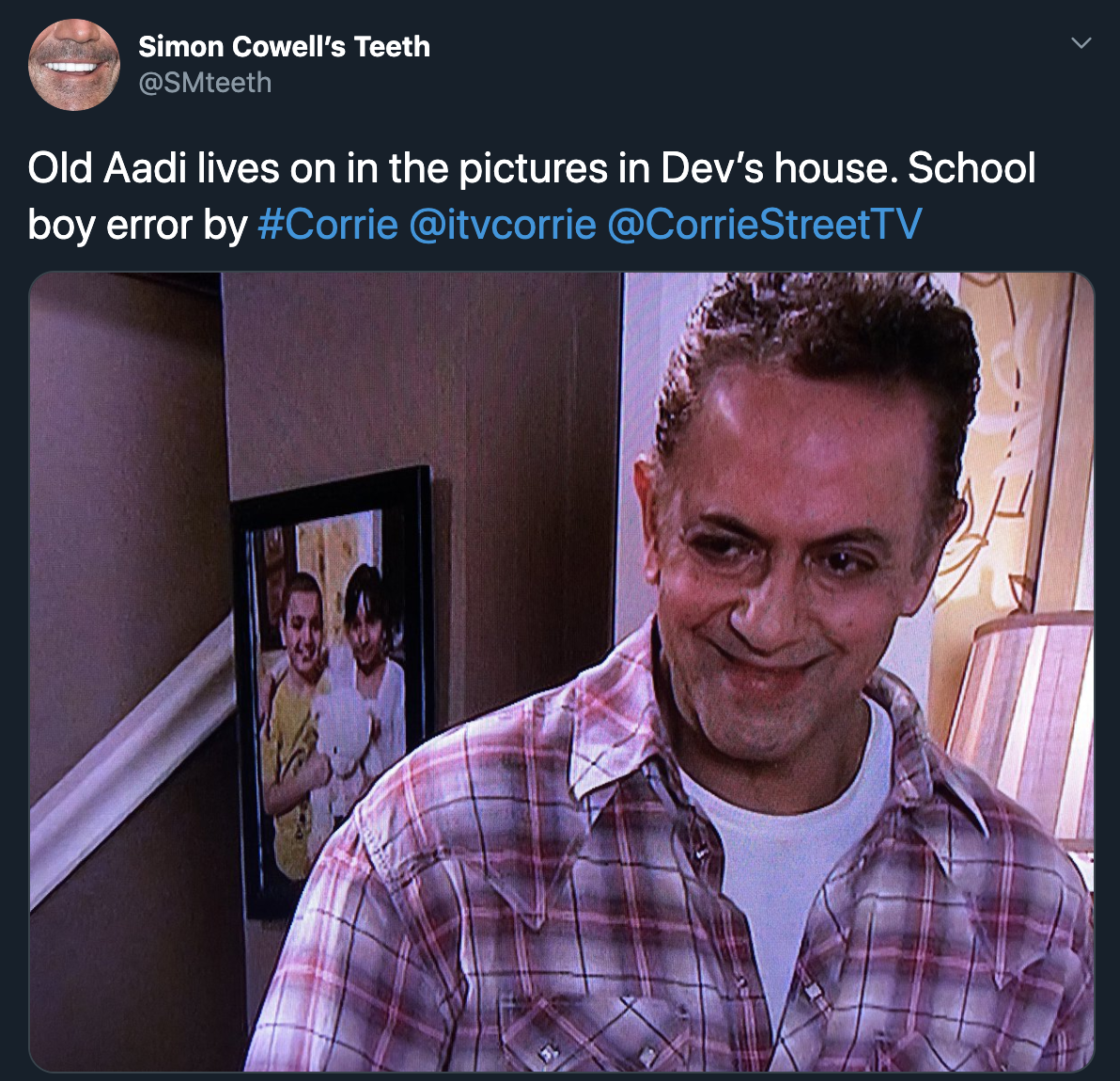 He was angered after seeing some boys laughing at his sister Asha over the sex tape that had been shared around.

Starting a fight with one of the teens who called his siblinf a *s**g", Aadi pushed him to the floor before the fight was broken up.

As he was pulled apart from the boy, Aadi raged: "He is right though, she is a s**g!" 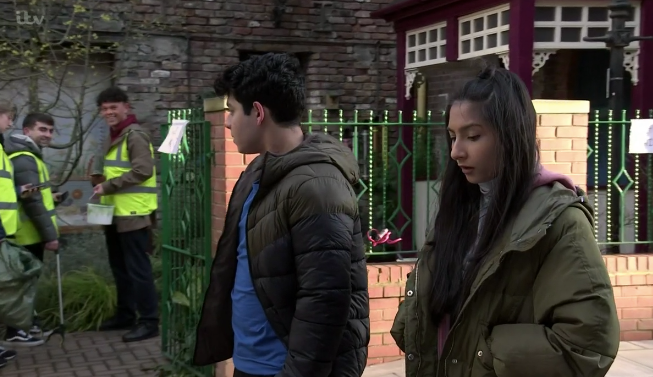 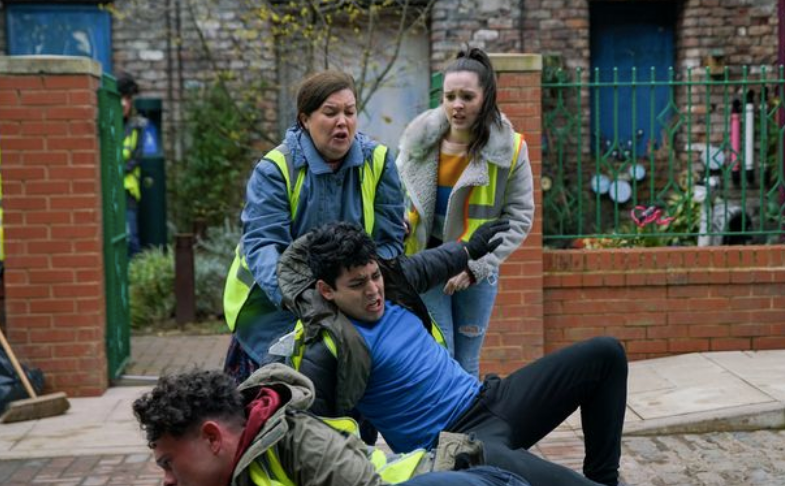 Adam, who has previously had roles in The Bay, Fertile Crescent and Ansentia said: "I am excited to play the role of Aadi, putting my own twist on him as the character becomes involved in an important new storyline.

"I was already good friends with Tanisha Gorey, before coming to the street, which helps hugely with portraying the bond of brother and sister."

He added: "Everyone at Coronation Street has been so welcoming, bringing me in to their family and treating me as one of their own.

"I have always associated Coronation Street with family and togetherness which is so important at this time.

"Having already filmed the start of this story before we had to stop production I look forward to returning as part of the amazing team who bring entertainment and joy to the screens of viewers across the nation."