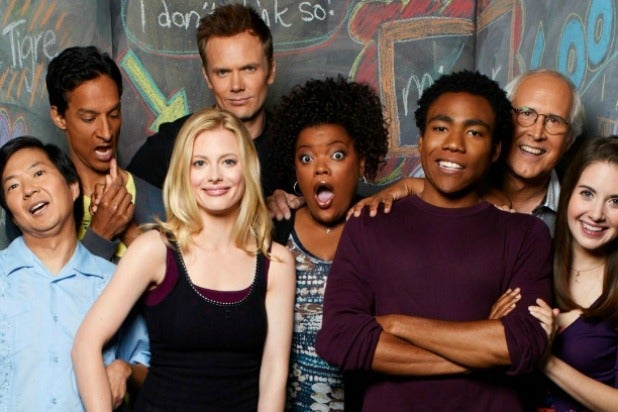 Nearly all of the original “Community” cast will reunite later this month for a charity table read, Sony Pictures Television announced Thursday.

The special will benefit José Andrés’ World Central Kitchen and Frontline Foods. Both organizations work to provide meals to those in need amid the ongoing coronavirus pandemic.

The episode, which originally aired in 2014, took place in the immediate aftermath of Chevy Chase’s exit from the series and sees the remaining characters subjected to lie detecter tests as part of the requirements of Pierce’s will. The episode was written by staff writer Alex Rubens, who also worked on Harmon’s next series, “Rick and Morty.”