CHRISTINE McGuinness looked sensational in a teeny white dress as she flashed the flesh on a night out in London.

The former The Real Housewives of Cheshire star, who is married to I Can See Your Voice host Paddy McGuiness, strutted her stuff as she hit the town in a thigh skimming mini dress. 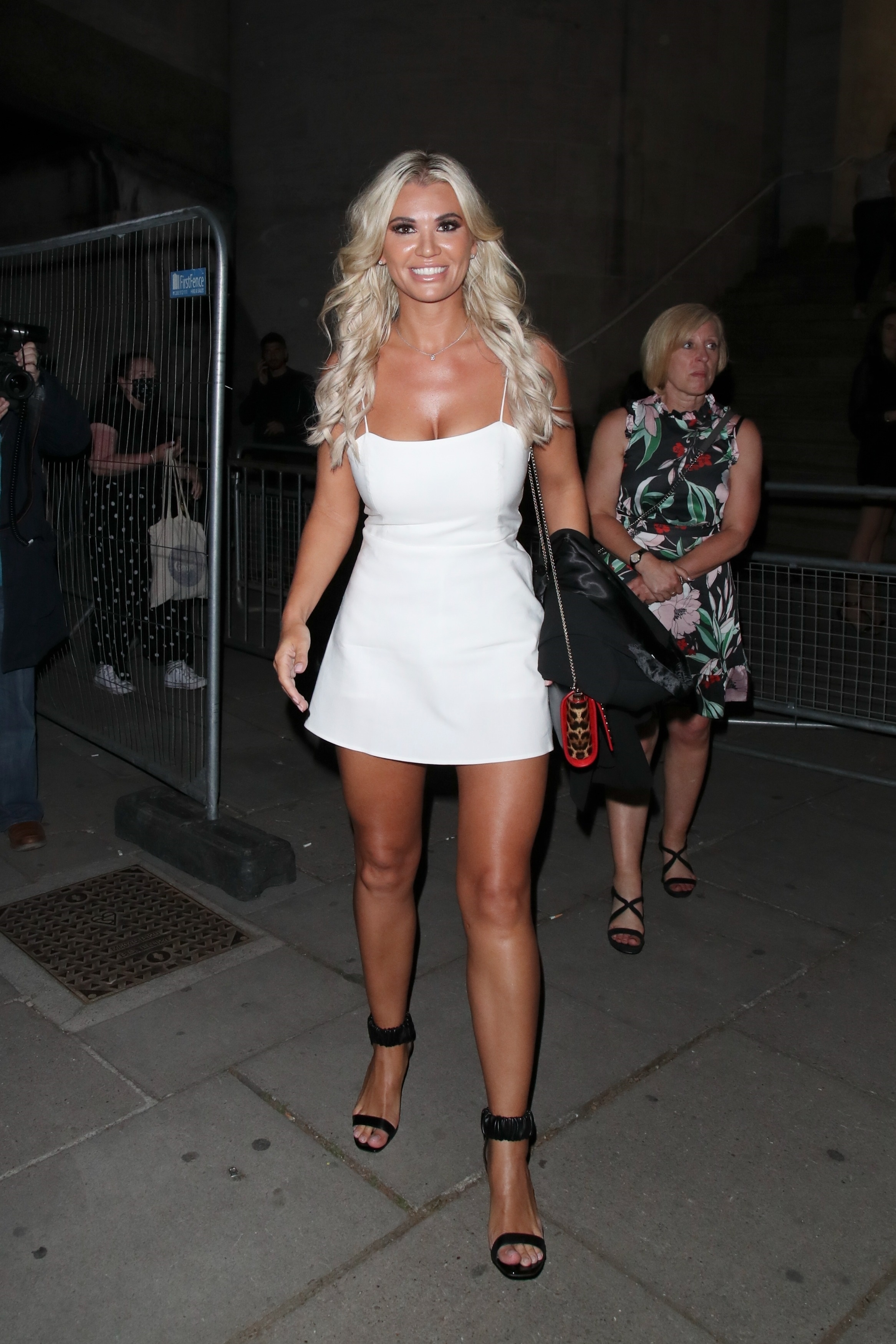 Christine looked as tanned as ever against the white of the dress as she beamed for photographers by flashing her pearly white smile.

The dress featured thin straps but in case she got cold, Christine carried a black blazer under her arm.

To complete her look she opted for a pair of black high heels and a black and gold handbag.

For the occasion, the blonde bombshell wore her long locks down and left her hair to tousle around her in glamorous waves. 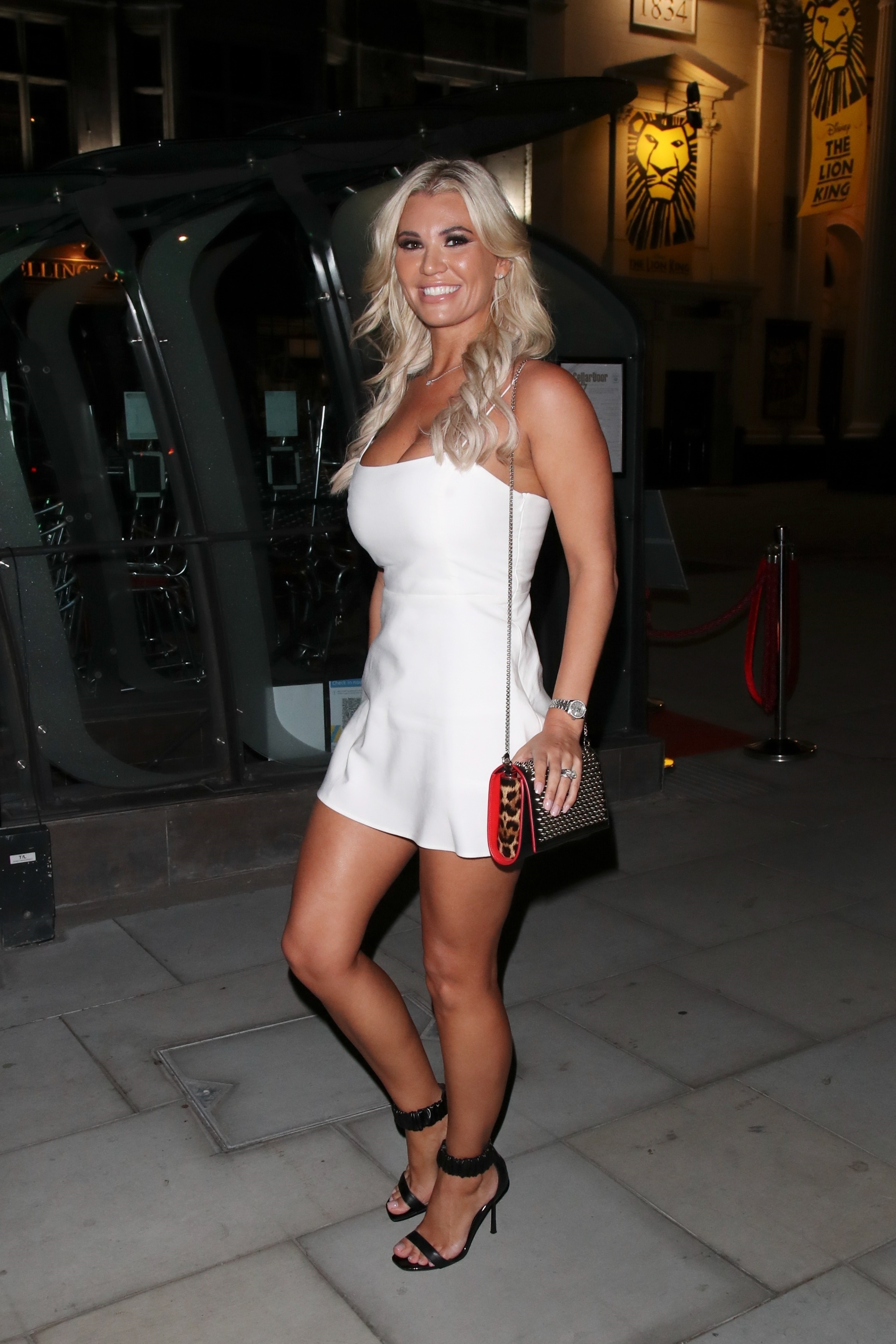 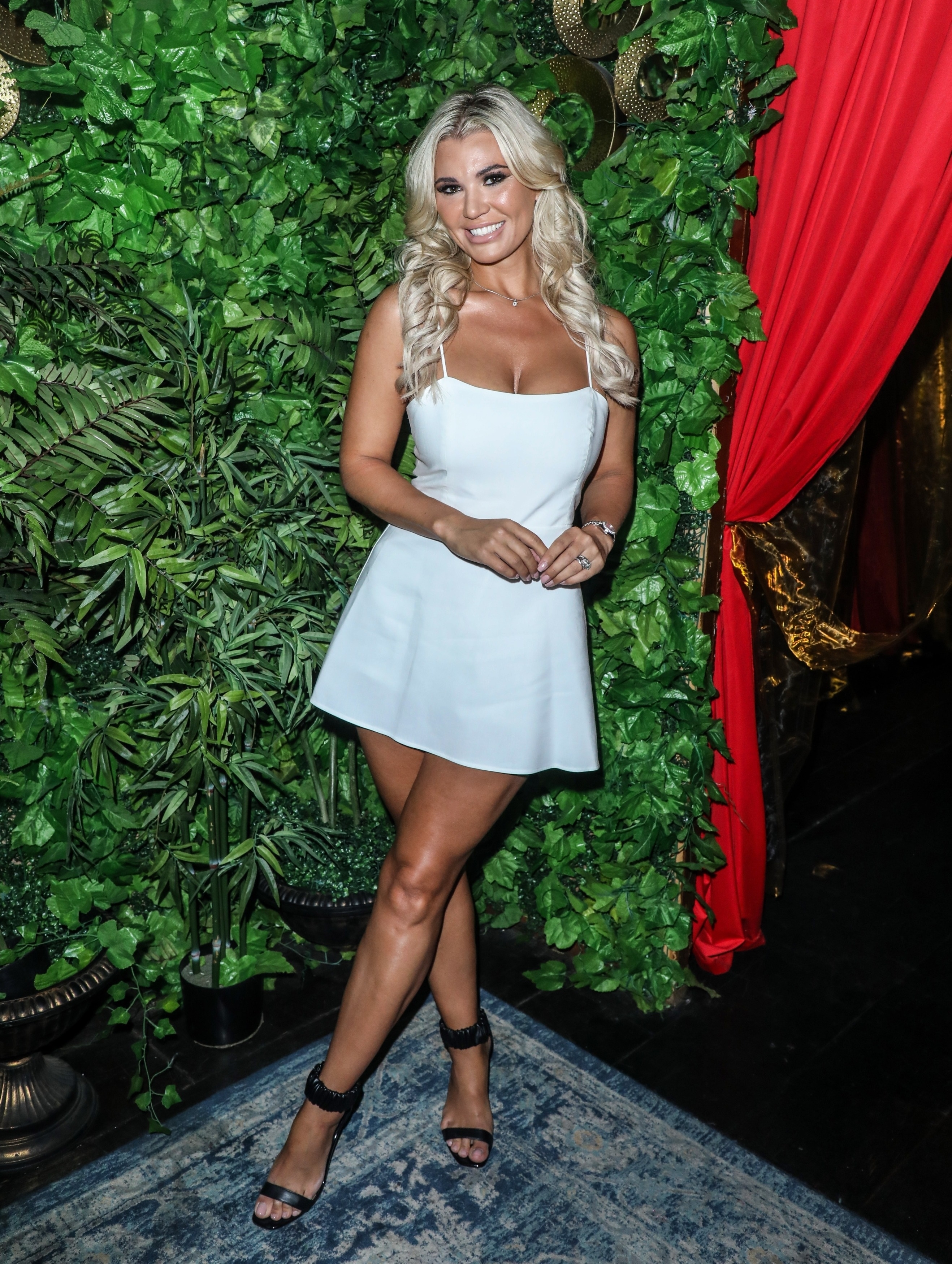 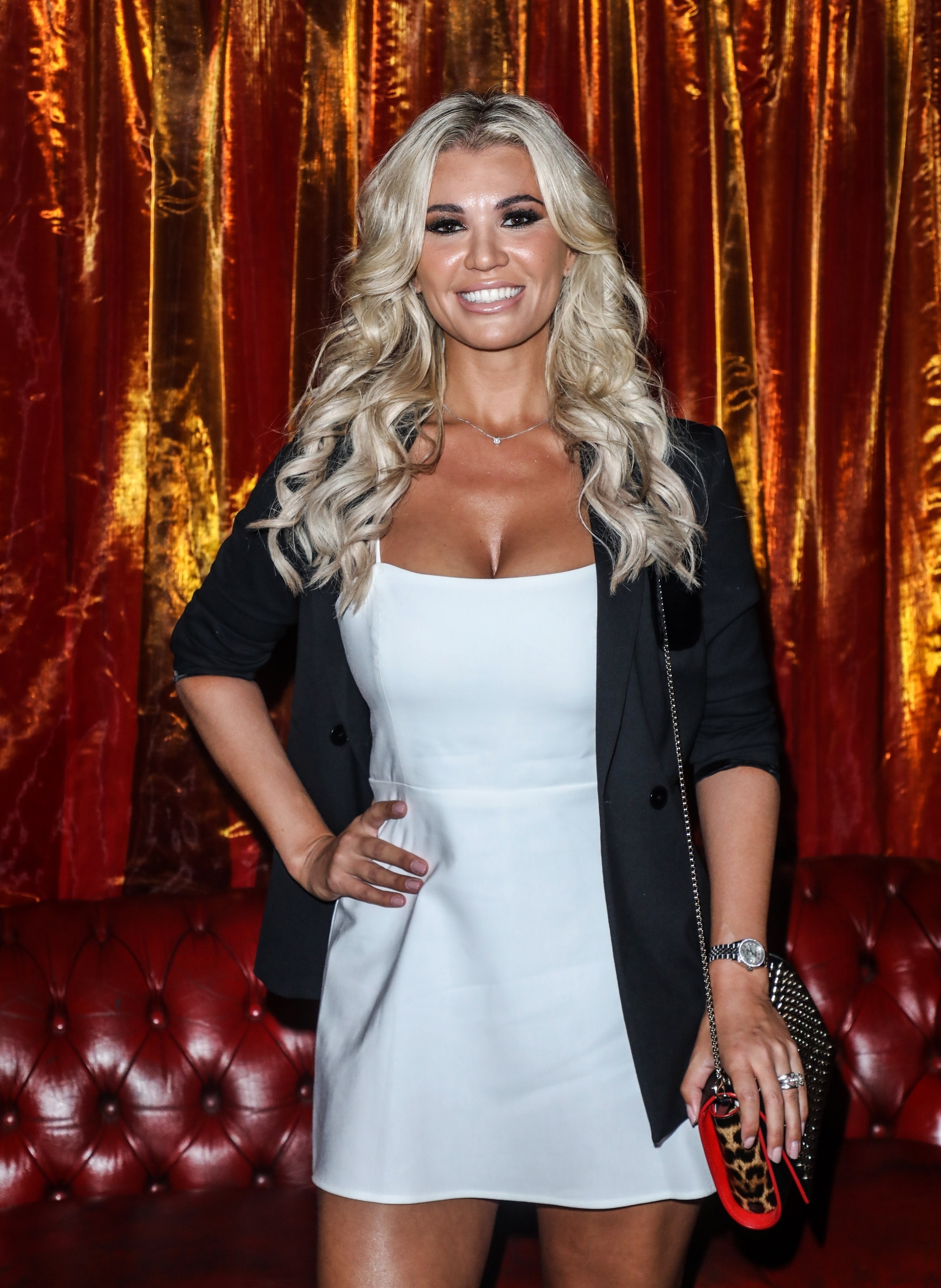 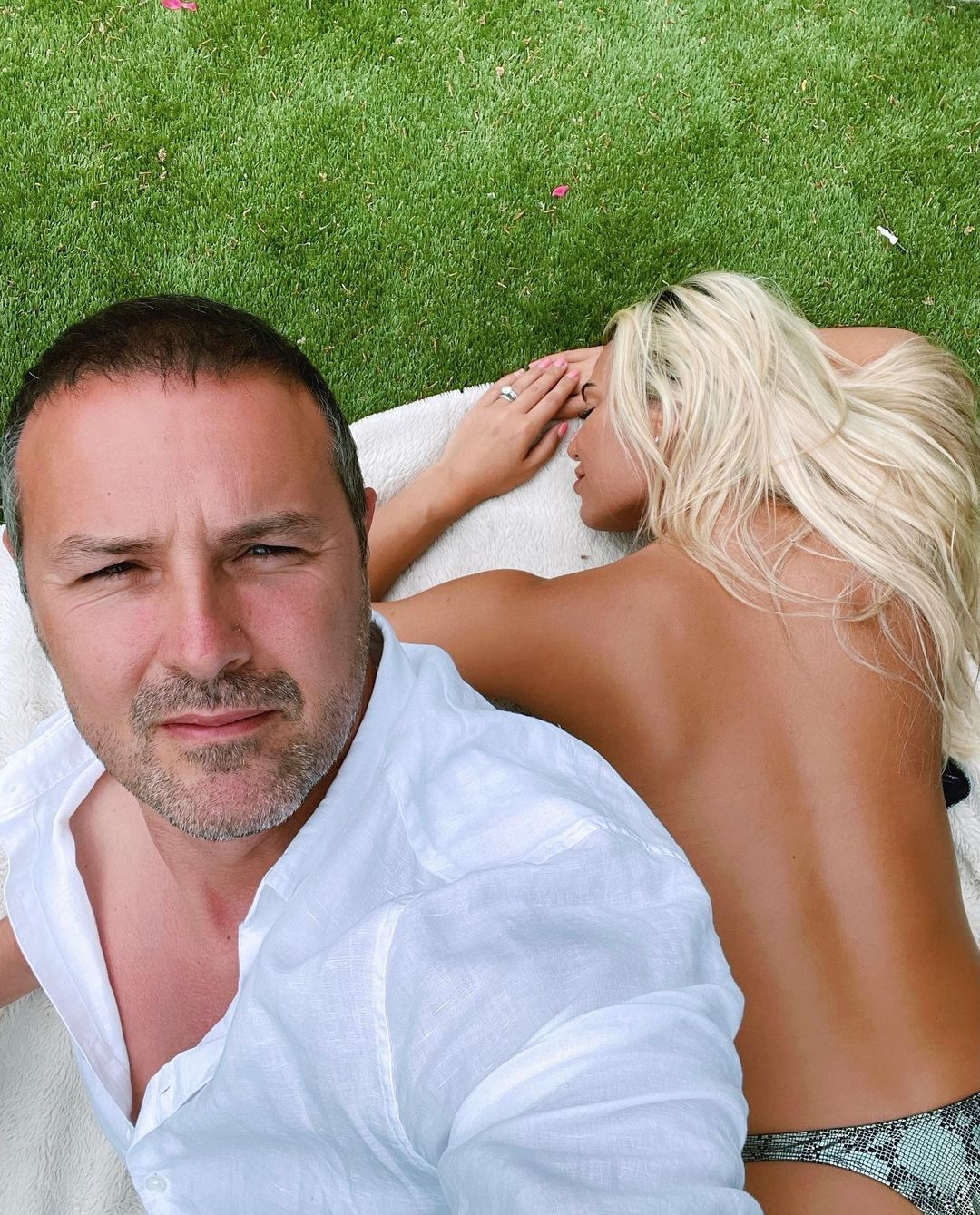 Christine's make-up looked just as glam as she opted for a nude glossy lip, a smokey eye and eyeliner.

Adding a pop of pattern, Christine's stunning bag feature leopard print on its side and studs on its front.

The star appeared in high spirits as she smiled for photos as she strutted down the street after a night out at Cabaret All Stars at Proud Embankment.

Christine married Take Me Out host Paddy married in 2011 at Thornton Manor in Wirral after three years together.

The star has always loved the camera, taking on the world of beauty pageants, in 2007 she bagged the Miss Commonwealth title, and won Miss Liverpool, at the tender age of 18.

Soon after she modelled for Liverpool-based boutique Cricket in her bikini at the Liverpool Tennis Tournament.

It was here that she met TV funny-man and Phoenix Nights star Paddy, 47 and the couple now have three children together.