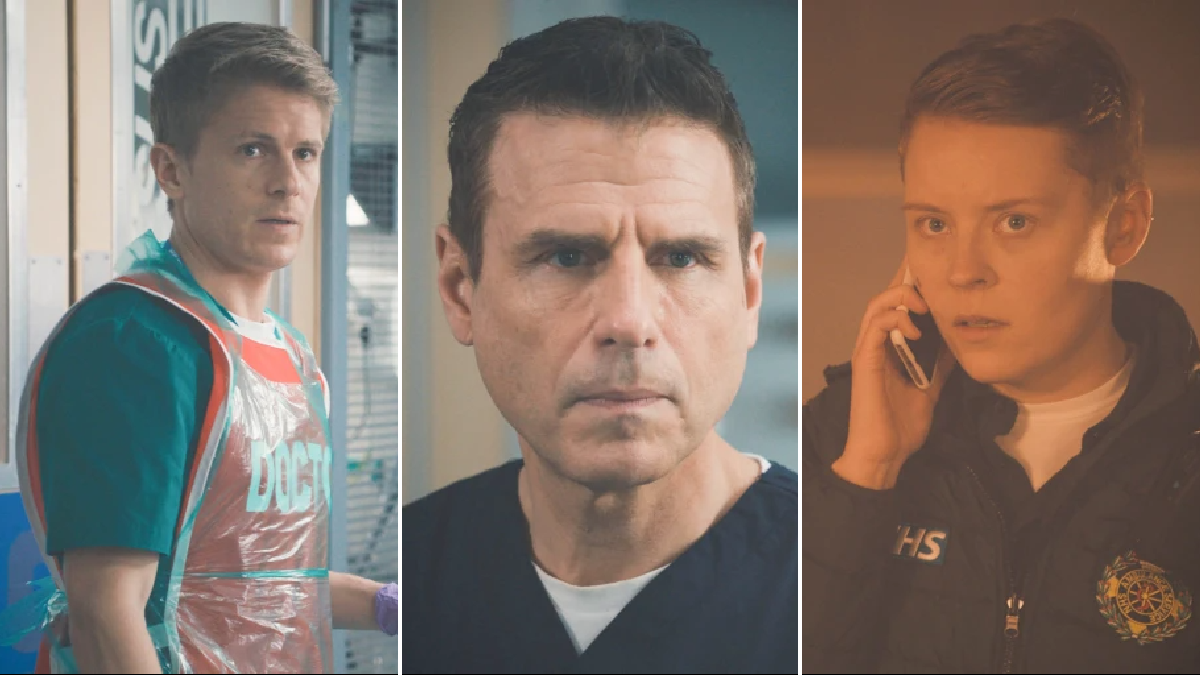 A new Casualty trailer has been released ahead of this week’s episode that will feature a school shooting.

The episode – that was pulled off air last weekend due to recent events in Texas – will centre on Ollie Hide (Harry Collett) and his pal Rob (Noah Valentine).

In recent weeks, Ollie has been feeling incredibly isolated. He doesn’t have many friends at school and started to be influenced by troublemakers – including Rob.

Right now, Ollie has no idea Rob is the bad guy. He’s frustrated at David (Jason Durr) for dedicating so much of his time to working and believes Rob is the only person who cares about him.

Casualty is – understandably – being incredibly vague in this new trailer. We see multiple ambulances and police cars outside the school and someone pulling police tape over the theatre/drama room.

The next frame allows us to have a brief look at the ordeal inside the drama room. Pause it at the correct time, and we were able to spot potential pools of blood on the floor.