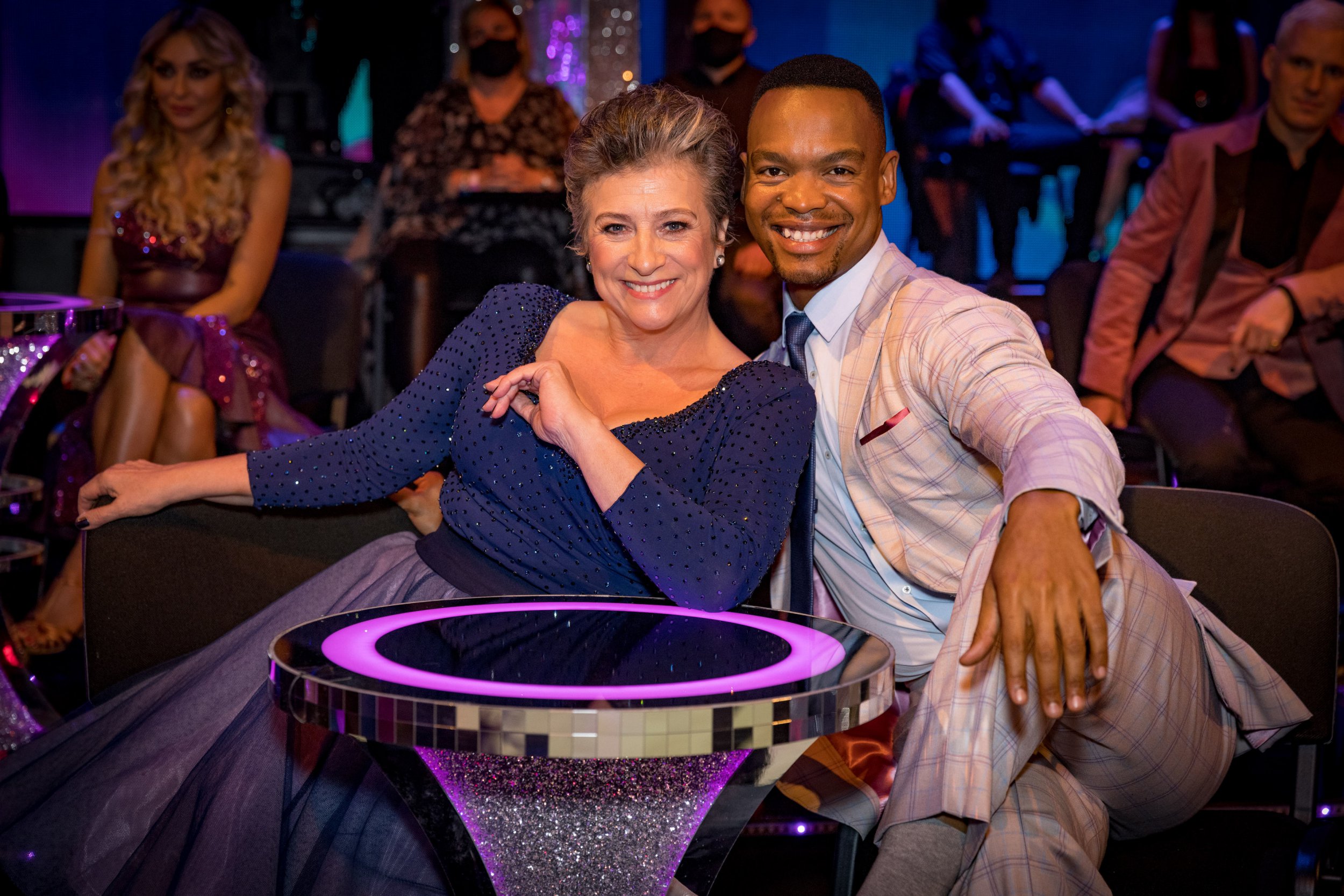 Caroline Quentin is convinced that some of the stars on Strictly Come Dancing had Covid-19 but it was kept hidden.

The 2020 series was thrown into chaos after boxer Nicola Adams was forced to leave the competition after her dance partner Katya Jones contracted coronavirus.

Judge Motsi Mabuse also had to take two weeks off from the show to self-isolate.

At the time, Motsi explained to her followers that she was self-isolating because she had to travel to Germany that week, for an ‘urgent reason’.

Speaking on the latest episode of the My Time Capsule podcast, Caroline was quizzed by host Michael Fenton Stevens about the fact that only one person tested positive for the virus.

‘It will be remembered that series for a long time,’ Michael began. ‘The fact that they managed to do it, is incredible, that didn’t have half of everybody saying “Sorry I’ve just tested positive, we’ve all got to drop out”. But only one person did.’

To which Caroline replied: ‘We only had one dancer go down with it and I think there were probably other things going on, not that I know this but, I imagine there were other things with the wider crew and stuff.

‘I’m sure people were not well and things but that was kept very much in its own bubble and dealt things and we were sent back with a different pair of shoes on the next day to get on with it and learn another dance.

The Men Behaving Badly actress, who was partnered with Johannes Radebe in the competition went on to add that out of her entire career Strictly was one of the ‘weirdest’ things she has ever done.

‘I don’t know if that was because of Covid,’ she said. ‘Johannes, my partner and myself were in a bubble and we didn’t really see anybody else.

‘You’d have a day where the other couples were around but, generally speaking, it was you and then a camera crew would come in and stand yards and yards away at the other end of the room.’

The 60-year went explained that throughout the series she kept in touch with her fellow contestants via text message although one of the hardest things about the competition was the ‘isolation’.

She added: ‘It was very isolating, very odd and also just strange to go from Devon, where I live in my wellies, growing things and walking the dogs and all that to suddenly being in a rehearsal room every day with someone I’d never met before.

‘You never had that opportunity to meet up for a pint and say “How’s your day been?” It was a loss in a way because we missed out on making very close friendships.’

Metro.co.uk has reached out to the BBC for comment.