CAPTAIN Tom Moore raised an extra £70k in just six minutes while appearing on This Morning.

The 99-year-old war hero insisted he is 'no superstar' after completing 100 laps of his garden and raising more than £13 million for the NHS. 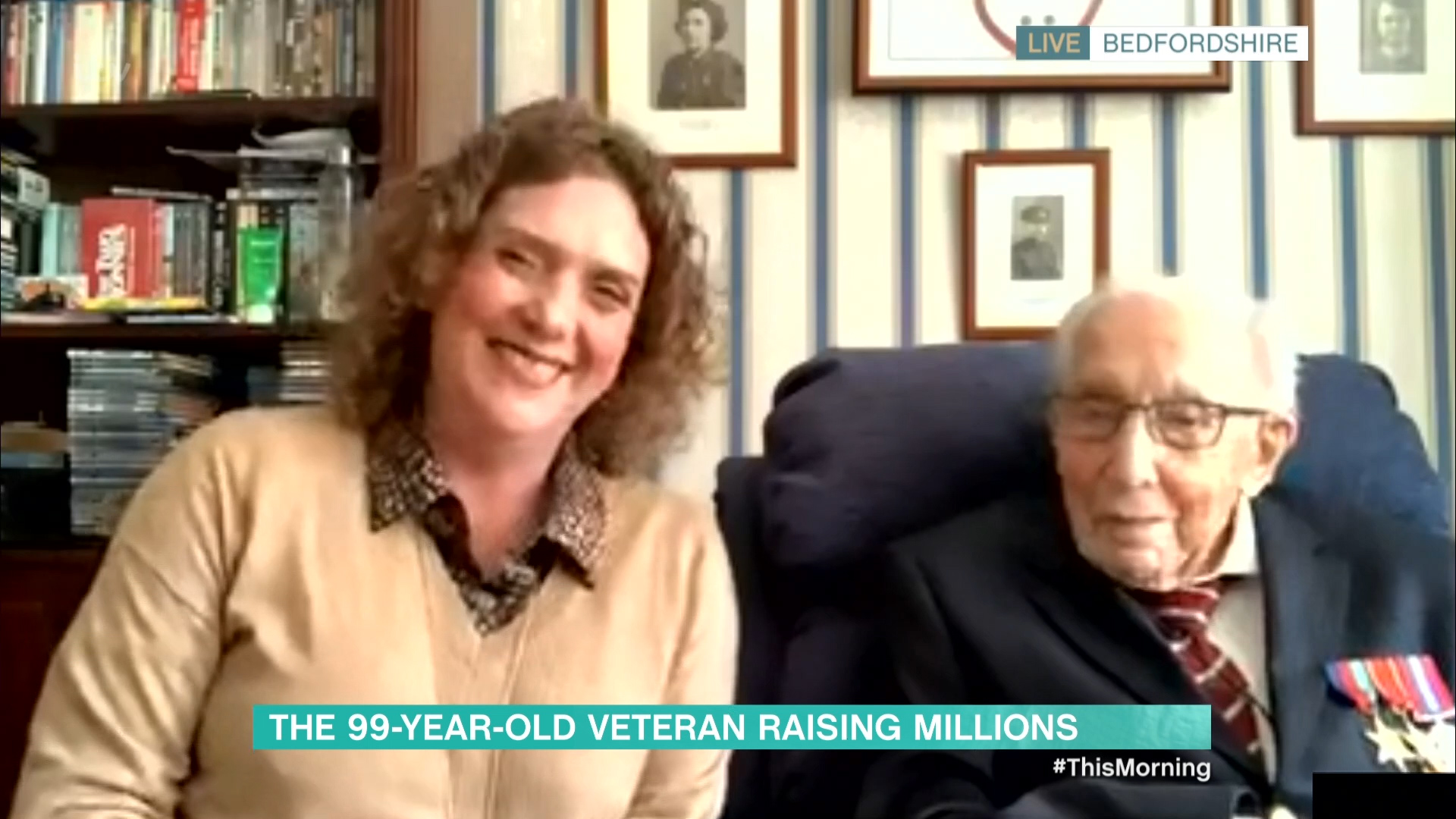 "It was a lovely sunny morning, a bit cool in the shade," Capt Tom said after he polished off the last few laps on his zimmer frame – and insisted he will continue for as long as people keep giving money.

Ruth Langsford asked the WWII veteran  how he feels about everybody in the world talking about him and his achievement.

"I don’t know about being a superstar but I think it’s amazing that all those people around the world are contributing to our NHS," the humble hero said.

"It started off as a little joke in the family to raise some money and look what’s happened." 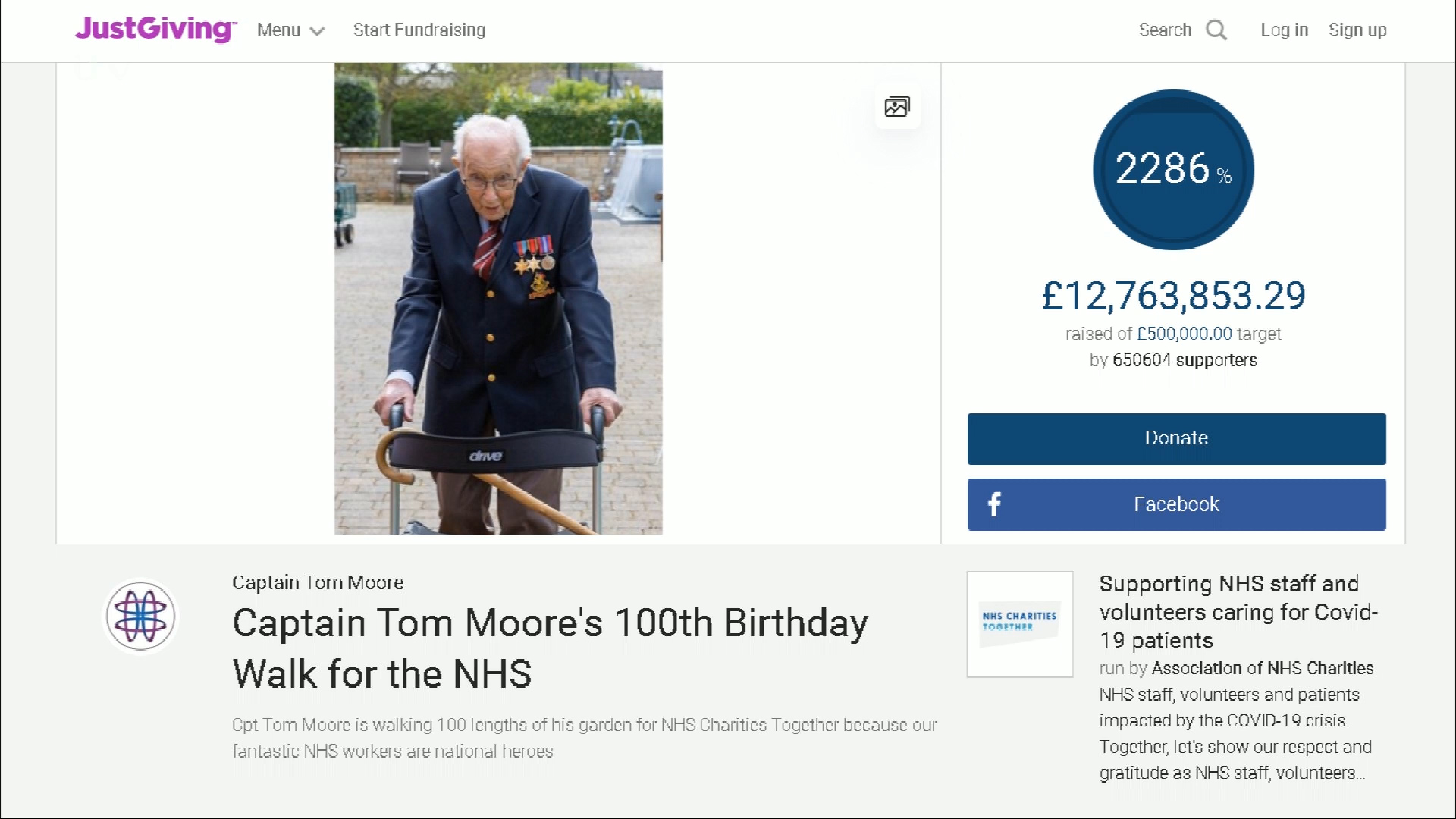 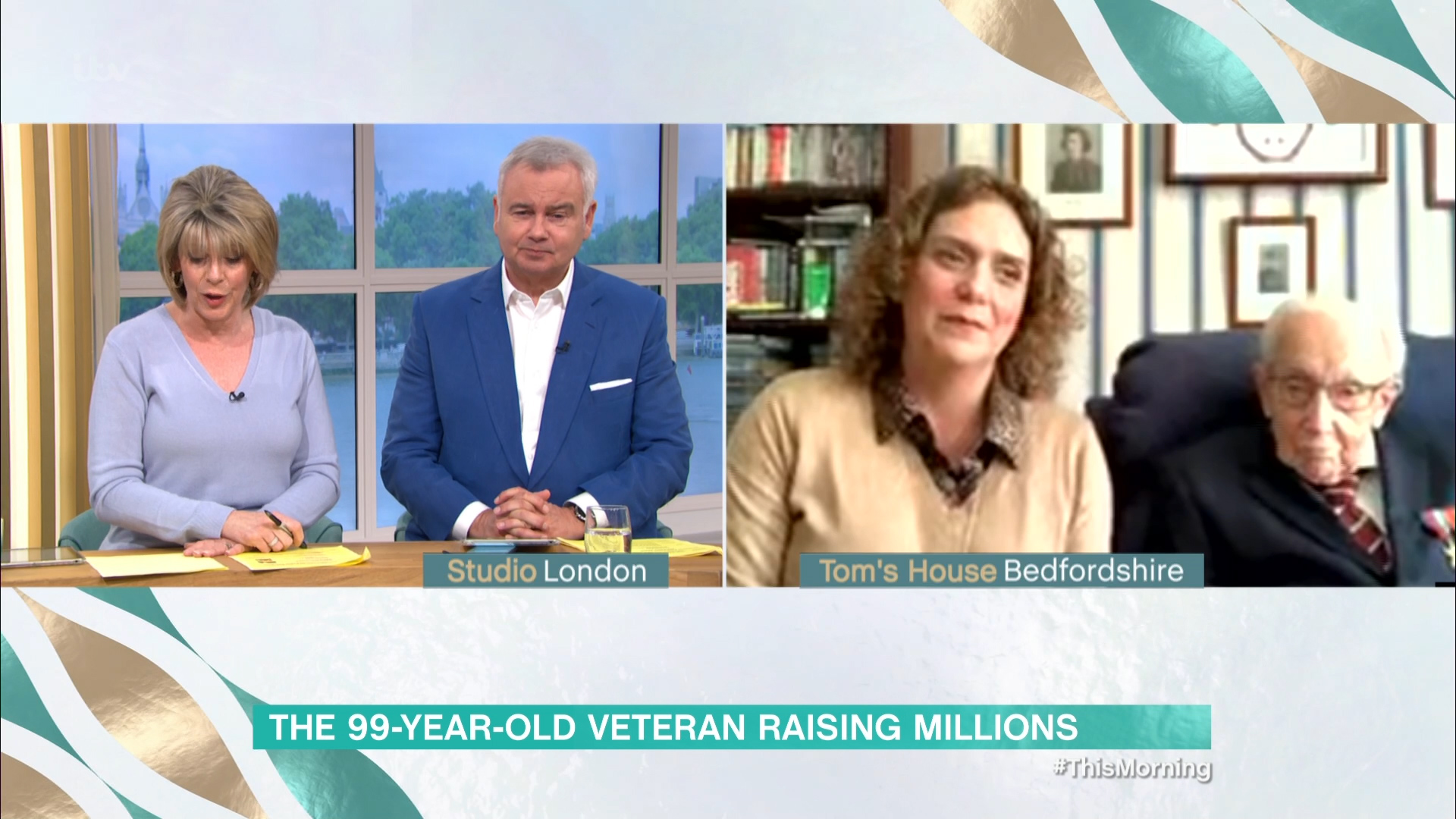 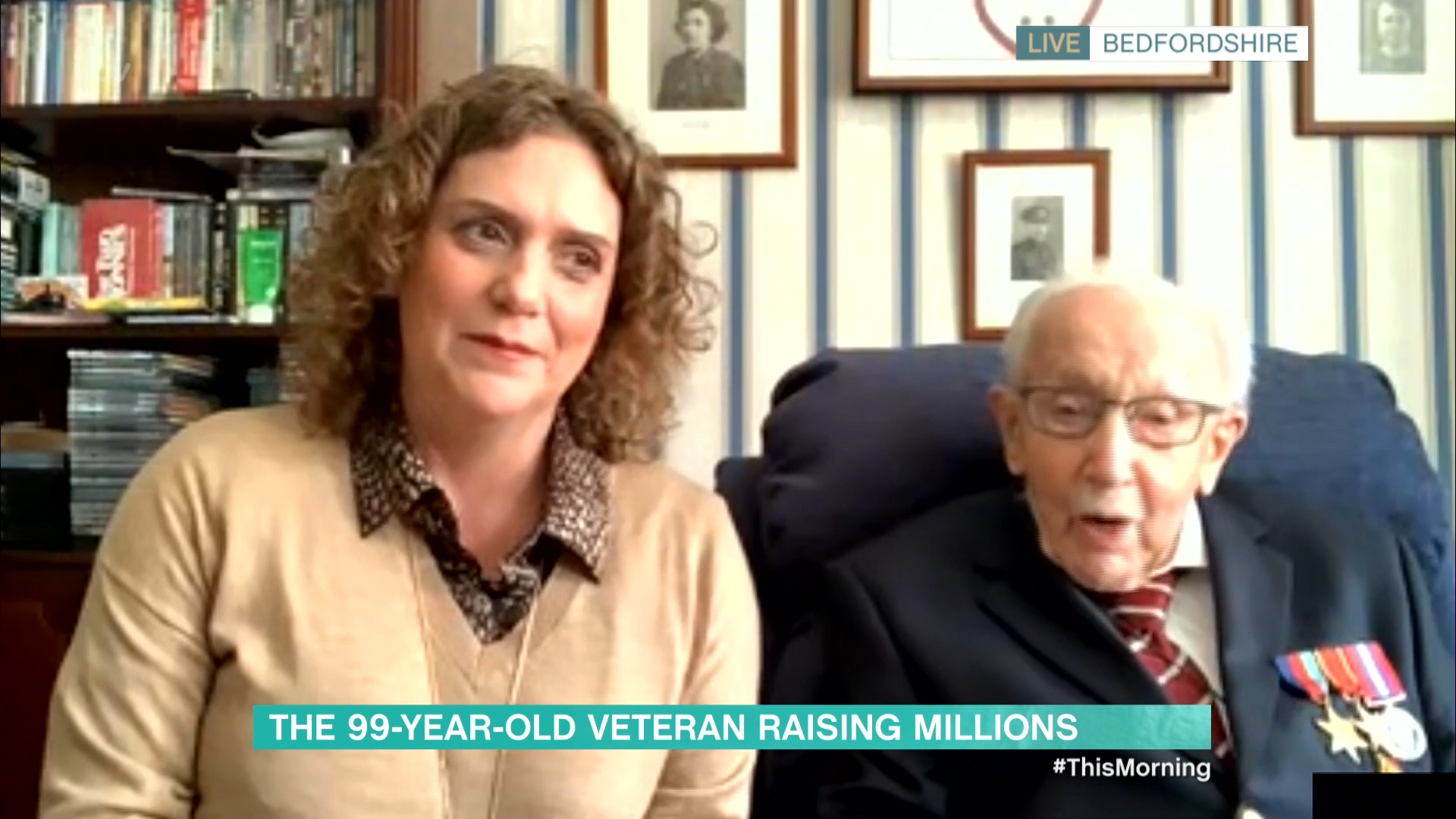 He continued: "My health is fine because of the NHS they did so well when I broke my hip and they treated me so well they deserve every penny they get.

"They are putting themselves in mortal danger every day and they do it cheerfully.

"They are all doing a marvellous job for the whole nation."

Capt Tom praised the NHS for "fighting a war against an invisible enemy".

He added: "It’s our job to provide them with all the things necessary because of their bravery." 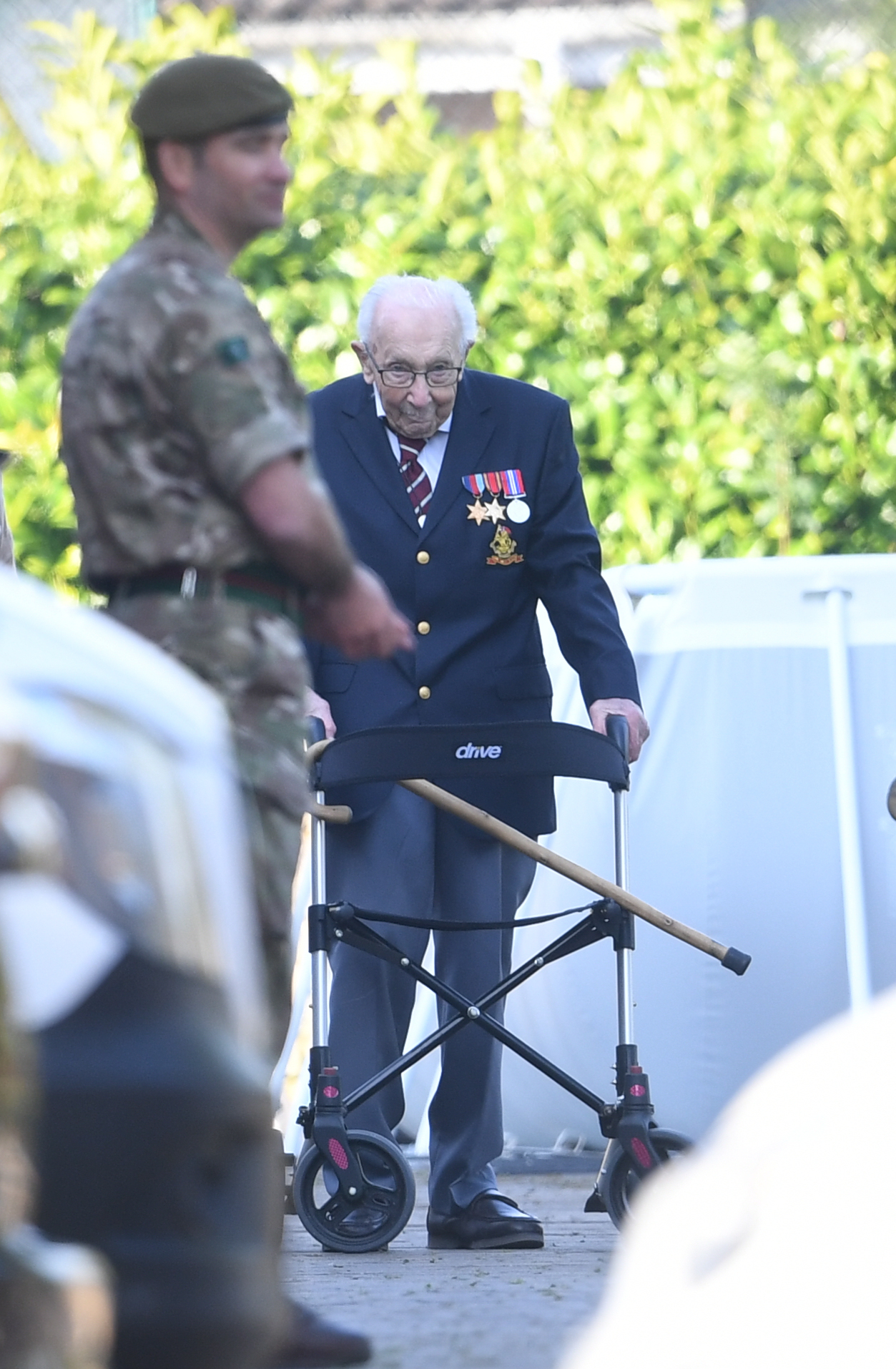 Captain Tom, whose heroics have seen him win the hearts of the nation, completed the final four of the 25-metre laps at his Bedfordshire home as a special guard of honour by the 1st battalion of the Yorkshire Regiment saluted his incredible feat.

Speaking at the finish line, he said he felt "fine" and that he was "surrounded by the right sort of people".

Of the coronavirus pandemic, he added: "We will get through it in the end but it might take time, but at the end of the day we shall all be okay again… the sun will shine on you again and the clouds will go away."

Captain Tom had originally set out to raise just £1,000 and planned to reach his target before his 100th birthday on April 30. 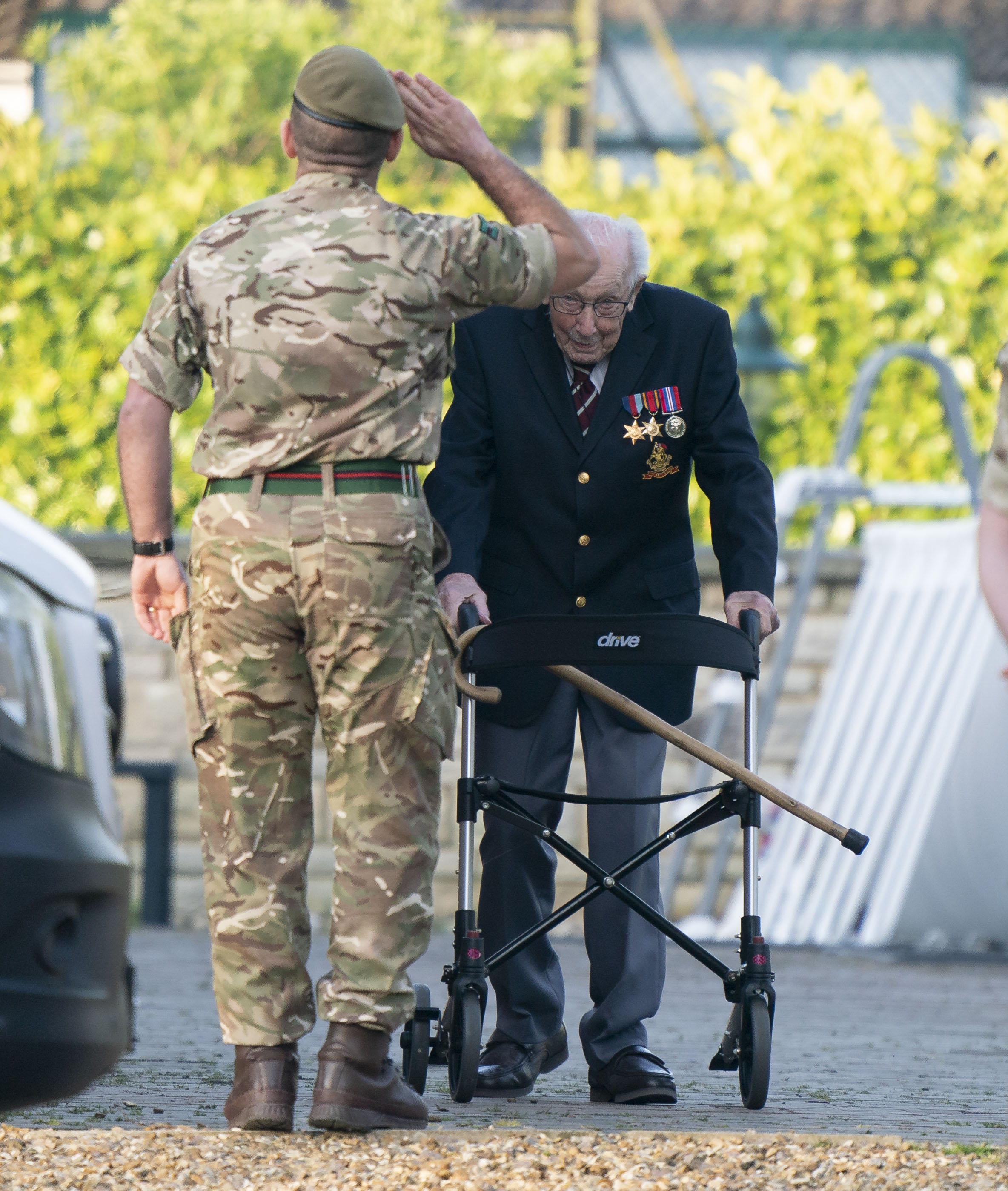 He said plans for his party have been affected by the virus but added that the national outpouring of love and support for him was "a party enough for me".

The veteran, who lives with his family, was given a special mention in a press briefing on Wednesday by Health Secretary Matt Hancock, who described him as an "inspiration".