The Bachelor Presents: Listen to Your Heart fans watched many women try to win over Brandon Mills. Eventually there was a love triangle with Julia Rae and Savannah McKinley who partnered up with him at different times.

Showbiz Cheat Sheet talked to Brandon about his time on the show on May 5 over the phone. He answered if he’s still talking to the singers after filming. 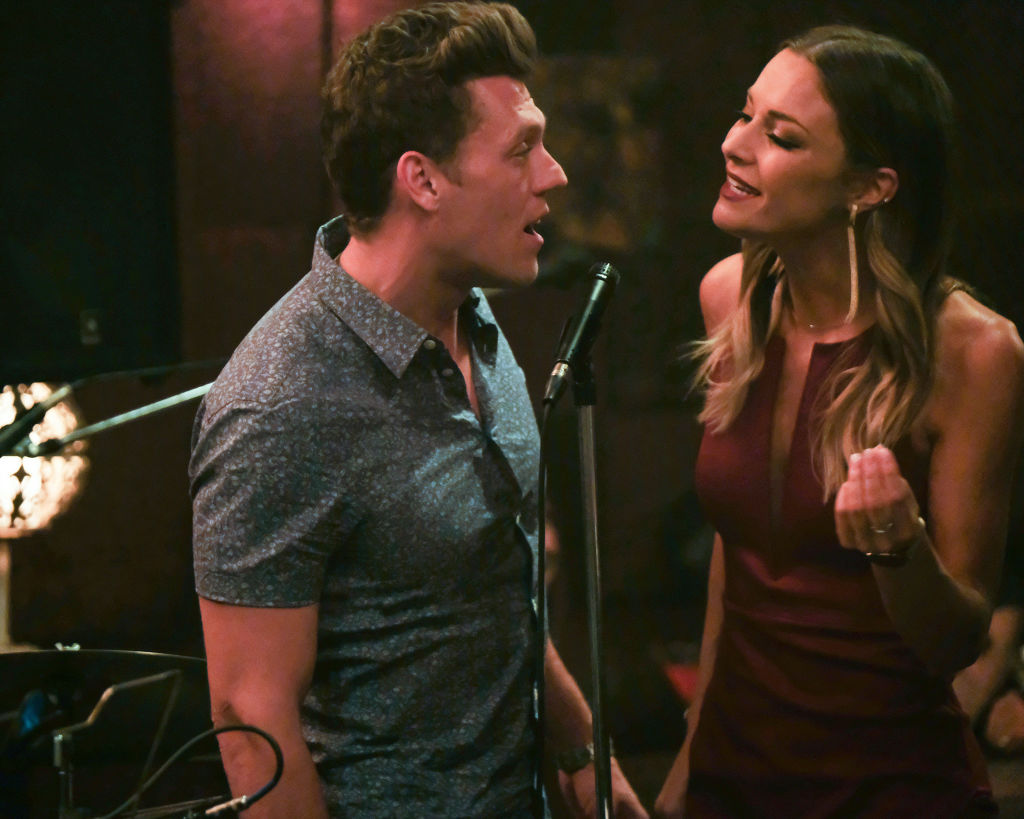 Brandon spent most of the season coupled up with Savannah but was still open to having a connection with Julia. Meanwhile Julia was still partnered with Sheridan Reed. The former contestant talked about his feelings for Savannah and Julia.

“I cared for both of them,” he told Showbiz Cheat Sheet. “And I don’t think there’s anything wrong with that. We were pushed into this scenario rather quickly much, much more quickly than I would normally move a healthy relationship forward.”

He continued, “And so it’s just, I think both of us were trying to figure out what we really, really felt and how we felt about one another. And we weren’t trying to hurt anybody. We were just trying to get clarity and understanding how long I where we didn’t have a lot of time.“

He doesn’t blame Natascha Bessez for being sent home

“It is not the critic who counts; not the man who points out how the strong man stumbles, or where the doer of deeds could have done them better. The credit belongs to the man who is actually in the arena, whose face is marred by dust and sweat and blood; who strives valiantly; who errs, who comes short again and again, because there is no effort without error and shortcoming; but who does actually strive to do the deeds; who knows great enthusiasms, the great devotions; who spends himself in a worthy cause; who at the best knows in the end the triumph of high achievement, and who at the worst, if he fails, at least fails while daring greatly, so that his place shall never be with those cold and timid souls who neither know victory nor defeat." -Theodore “Teddy” Roosevelt… Thank you for your criticism. Thank you for your honest opinions. Being human, they are received and acknowledged. Not only a man of mistakes, I am a also a courageous man. A man who has been to the frontlines of war, and held the dying in my own hands. And I acknowledge the life that is required to be of service to the greater good of man kind. Thank you for your love. Thank you for your perspective. I take it all in stride. I take it all as it comes. And I continue to exercise love and compassion for me, and for each of you. @brandonmillsmusic @listentoyourheartabc @bachelornation #listentoyourheart #bachelornation #themaninthearena

When Brandon and Julia decided to move forward together they had to perform together. That started off on a rocky foot because Natascha Bessez told Julia that he said he would have stayed with Savannah if she wanted to make things work. Julia blamed Natascha Bessez for their performance once they were sent home, but Brandon feels differently.

“I don’t blame anyone for anything that I have control over,” he said. “So I blame myself for not fully present with Julia. I commend everybody else that was performing that night for phenomenal performances, but I don’t tend to point fingers or point blame.”

He later added, “I didn’t want to engage with Natascha with what she said. I don’t think that’s healthy to stoke that fire. It’s not a place I want to invest my energy. I wish Natascha the best. Natascha and Ryan [Neal], I want the best for them.“

Brandon did note that there were different ways things were stacked against him and Julia. “Everybody in the house had already performed together once and that says a lot,” he said. “There’s definitely a strong connection that’s made when you go through that process together with another person.”

He added, “So to have at least one of those under the belt, I think gave everybody else an advantage, which is, you know, rightfully so. Julia and I made our decision and and that’s that.”

He is still friends with Julia and Savannah

I’ve hit the point in quarantine where I put perfume on for Zoom calls… // ALSO, I had an angel hair color fairy named @monica.riveraa send me some emergency rescue supplies. Monica is a fierce #bossbabe & co-founder @privesalonandstylebar. Thanks to Mon, I don’t have to look like Joe Exotic for all the things I have to shoot in the coming weeks. Which reminds me…@listentoyourheartabc is only 9 DAYS AWAY!!! ?♥️?? who’s excited?!?! • • #bachelornation #bachelor #listentoyourheart #quarantine #quarantinelife #haircolor #flattenthecurve #stayhome #stayhomestaysafe

“We’ve had our conversations. Apologies were made and clarifications were clarified, I guess,” he added. Brandon went on to answer if they were just friends or if there was any romance between him and the former contestants. “I’m just going to say I care for both of them and I think they’re both great people. We’re all friends,” he said.

Brandon did reveal what he would have done differently if he could go back. “I think looking back, I would have been much more honest with everybody in my pursuit of understanding what I wanted and what I needed. Just be super clear and super open and be open to the idea of being rejected because of my honesty as opposed to maybe what could have come off, and it wasn’t intentional, come off like maybe I was not being honest with both of them.”

He did say he was open to returning to The Bachelor franchise. “I’m still single, so I’m still looking for a partner,” he said. “And I think this has taught me a lot about what I need to work on within myself and moving forward.“