Hamilton’s Daveed Diggs teamed with breakout star Rafael Casal to write and star in 2018’s exhilarating social comedy, Blindspotting. Casal recently spoke to Express.co.uk about reprising his role of Miles for the Starz series, and opened up about his co-writer potentially making an appearance down the line.

Starz’ unique comedy drama, Blindspotting, continues the story of Miles (played by Rafael Casal), who is incarcerated six months after the events of the original film.

In the small screen spin-off, Miles’ girlfriend Ashley (Jasmine Cephas Jones) takes centre stage as she struggles to handle her partner’s absence in a chaotic vision of Oakland, California.

Although Miles makes frequent appearances, both behind prison glass and in surreal hallucinations, his best friend, Collin (Daveed Diggs) remains absent throughout the eight episode series.

While the Hamilton star co-writes each episode of the new drama, Diggs may not be making a return until a potential second season of Blindspotting. 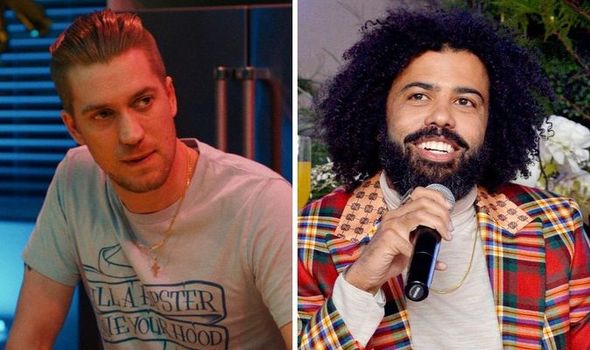 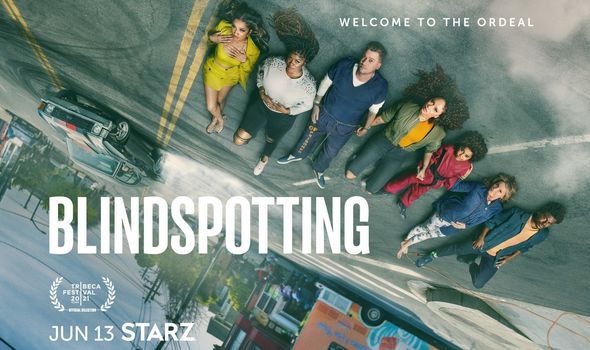 However, speaking exclusively to Express.co.uk, Casal suggested his co-star thought he may have made the wrong decision.

He recalled: “I remember when we started to work on the show, it felt very easy for Daveed to step back. He was like ‘Oh yeah yeah, no it’s all gonna be about Jasmine’.”

But, as the series goes on, Casal revealed Blindspotting’s ‘crazy’ developments and cast of characters prompted a surprise confession from his co-creator.

He continued: “But I remember when we were shooting the season finale and everybody was on set, Diggs pulled me aside and was like ‘Right now, I’m so mad I’m not in this show.’” 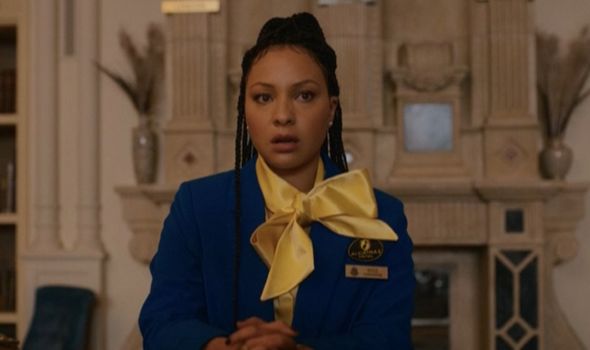 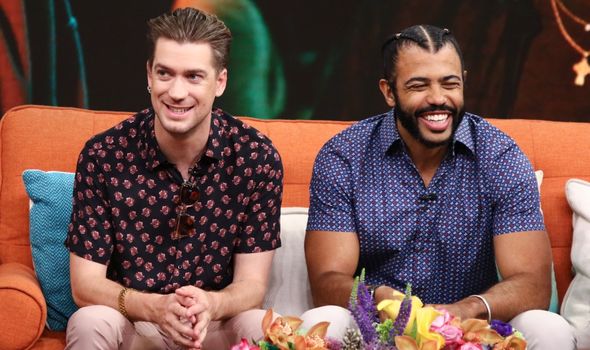 Thankfully, both Rafael Casal and Daveed Diggs would be open to bringing back Collin if Blindspotting returns for a second season.

Although both stars seem keen to keep reprising their characters if the sequel series continues, Casal explained there were still some conditions that needed to be met to explore Collin’s story further.

Casal confirmed that the writers wanted to pull back on their own characters in order to give Ashley, who made a smaller appearance in the original film, more room to develop.

He continued: “The reason we set it back in the same world and close to the same time is it would have to follow the social circles and the rules of the same world.

“And so, I think a lot of us pulling back on Collin was to create space for Ashley.

“Because the Ashley character is in a friend group with Collin, but that is her partner’s best friend.”

Even so, this doesn’t mean Collin’s return has been completely ruled out, and Casal appeared confident that the series could continue for a second season.

He added: “It felt like we wanted to go in the other direction, like let’s go into Ashley’s world more instead of reintroducing Collin.

“I think the dream would be to get to a place in the show where it feels very natural to bring Collin in. And so we talk about it all the time.”

Blindspotting is one of the most inventive new shows of the season penned to perfection by the masterminds behind the original project.

Hopefully, Starz has another massive hit on its hands and it won’t be long before Daveed Diggs makes his return to Oakland.