Ghosts are walking among us, and they’re feeling very, very good.

One ghost in particular gets a temporary spotlight in the “Better Things” Season 4 finale (now available on Hulu), as a gray-haired woman in a yellow dress (played by Ellen Geer) shares a bit of foresight with Duke (Olivia Edward), the Fox family medium. Duke regularly connects with spirits, whether it’s the recurring presence of her grandfather in Season 3 or during the otherworldly Season 2 episode, “White Rock,” so it’s not all that surprising when her new friend up and vanishes via an apparitional Irish goodbye.

But before she leaves, this ghost offers a key bit of advice. Claiming she can see the future, Duke (in a moment of prescience) first asks if there is a future (there is), before saying, “I never want to get married or have kids — do I get married or have kids?” In response, the ghost simply says, “I never did, and I had a really good life. I’ve known many good men. They gave me music, love, danger, adventures — it shaped me. But at the end of the day, I prefer being alone. Being alone and being able to feel good with yourself, that’s the ticket.”

You can read this scene however you like. Perhaps this woman is just that: a kind, elderly stranger who enjoys sharing her wisdom while manufacturing a mysterious aura. But she could also be the ghost of Duke’s future, which would explain why the young girl walks right over to her, strikes up a conversation, and showers the woman with compliments (“you smell so good!”), as well as why her answer to Duke’s first-person question is answered in the first-person, as well. (“Do I get married or have kids?” “I never did…”)

But the truth that matters — both to the episode as well as the season — is that the woman is happy; that she’s alone; that she’s lived a full life, and, while she’s appreciative of everyone who’s contributed to it, she’s unwilling to let anyone define her happiness. For the longest time, Duke’s mom, Sam (played by series creator, director, writer, and producer Pamela Adlon), pushes a similar agenda — that she can be happy without dating, without a partner, with just her girls. 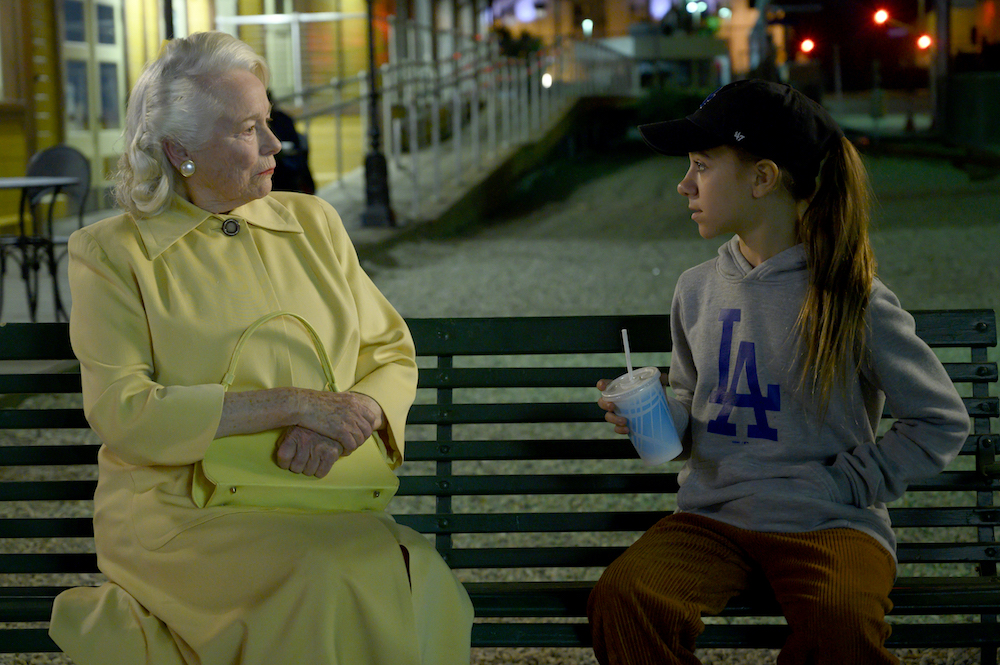 But what about life after her girls? Each of her three children has been growing up, and fast: Max (Mikey Madison) is working full-time. Frankie (Hannah Alligood) celebrated her birthday with a Batceñera (a combination of quinceañera and bat mitzvah, the Jewish coming-of-age ceremony for girls). Duke threw a miniature fit when asked to say goodbye to their guests, leading Sam to mourn the loss of her “last fun child.”  A season that started with Sam declaring her own mid-life crisis ends with a seismic shift to her reality: She can’t accept that a woman’s life is over after ushering her kids to adulthood, after a failed marriage, after anything — nor should she. But for as easy as it is for Sam to encourage her friends to recommit, reengage, and keep looking for happiness, it took until this finale for her to follow the same advice.

Yes, Sam is happy to be single, but she loves her daughters, and, more than that, she loves having people in her life. Like the actor who plays her, Sam is such an empath you could argue she loves love itself and surrounds herself with it as often as possible. Over the course of these 10 episodes, she came to see how her negative association with one man, one relationship, one ghost — was blocking her from bringing more love into her life.

Throughout Season 4, Sam sees so many of her friends trying to start fresh, whether it’s Sunny (Alysia Reiner) trying to forgive her alcoholic husband, or Rich (Diedrich Bader) trying to move on from a young boyfriend he really loved, or any of the women from the excellent “Father’s Day” episode — Lenny (Cree Summer), Lala (Judy Reyes), Tressa (Rebecca Metz), and Chaya (Judy Gold) — who gave voice to their darkest fears before setting them ablaze. Gathered around that fire, Sam’s reluctance to let go of her own anger is magnified and her unique ability to draw out personal experiences bites her in the ass. She’s got to find a way to get past her (well-earned) hostility toward her ex-husband and father of her children, Xander (Matthew Glave), and in the finale, she does.

That’s not to say Sam is going to move to New Orleans and get married in Season 5. In true Sam Fox fashion, her liberation came first from within and then from empowering others. Episode 10 reveals Sam’s long-in-the-works project: a video of mature women reflecting on everything from their first periods to menopause, as well as their treatment in-between. Some memories are joyous, some are painful, all are honest. (The episode ends with a thank you to these unidentified women for sharing their stories.) But they culminate with Sam walking into frame, sitting down fully lit, and encouraging women to stop hiding their hardships in order to form their own brotherhood. 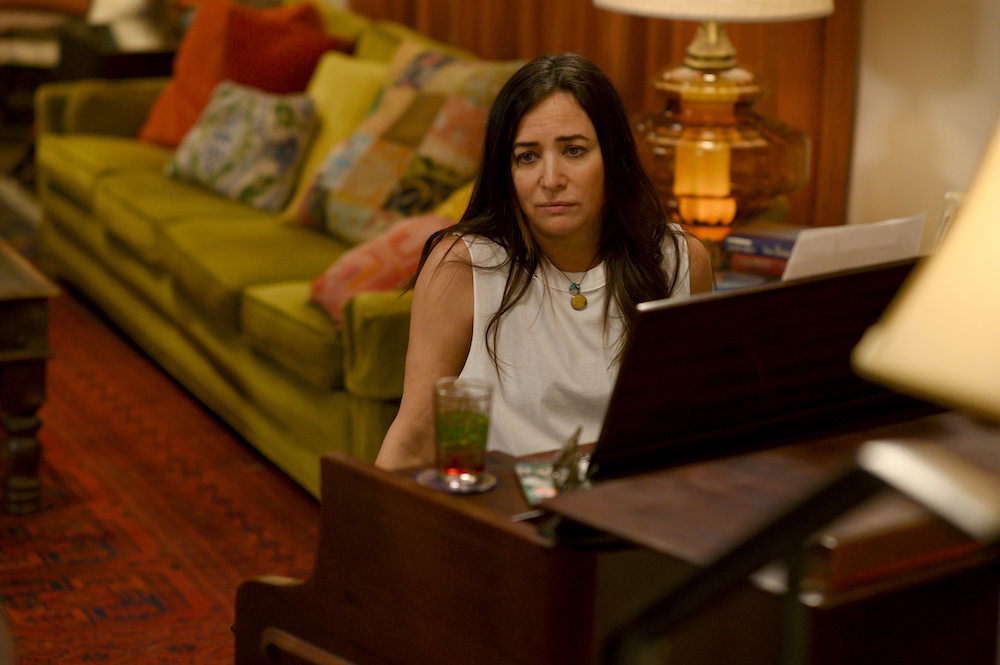 “To be a woman in the world is to be built up and then let down,” Sam says, going on to say that once the youthful beauty so coveted by society fades, suddenly “you’re invisible […] you’re unseen, and no one has prepared you for it.”

As Sam mocks the Dalai Lama for reenforcing sexist beauty standards and calls on women to talk to each other about growing older, Adlon cuts to Sam’s daughters watching at home. They’re hanging on their mother’s every word, sponging up their elders’ stories like they’re starved for them. That moment of appreciation conveys the conversation’s necessity not just for those onscreen, but everyone watching at home. Adlon has dedicated past seasons, if not the series overall, to her daughters, but we’ve never seen the Fox family gather around like this to appreciate their mother’s artistry. It feels like Sam’s first step toward opening up a part of herself that was shut down.

The second step comes quickly. Her ex is her ghost and she has to forgive him to find the future Duke’s ghost has lived, and the one Sam wants for all women. That’s why it’s so important that Sam says she’s not doing it for him, but for her — “For me. For my life, and for my future mental and physical health. And for my daughters.”

From there, Sam goes looking for answers in the water from whence she came. Season 4 started with rain, ushering in rebirth. It ends with Phyllis (Celia Imrie) — who’s the embodiment of a passionate life, start to finish — diving nude into her pool, Sam and Rich nervously in tow. They’re taking the plunge, and as the Fox daughters stare at the life out in front of them, “Better Things” reminds us they’re not alone; life is meant to be cherished and explored by everyone. After all, ghosts don’t have to be haunted. Sometimes, they’re here to help.

“Better Things” Seasons 1-4 are streaming now on Hulu. FX has yet to renew the series for a fifth season.