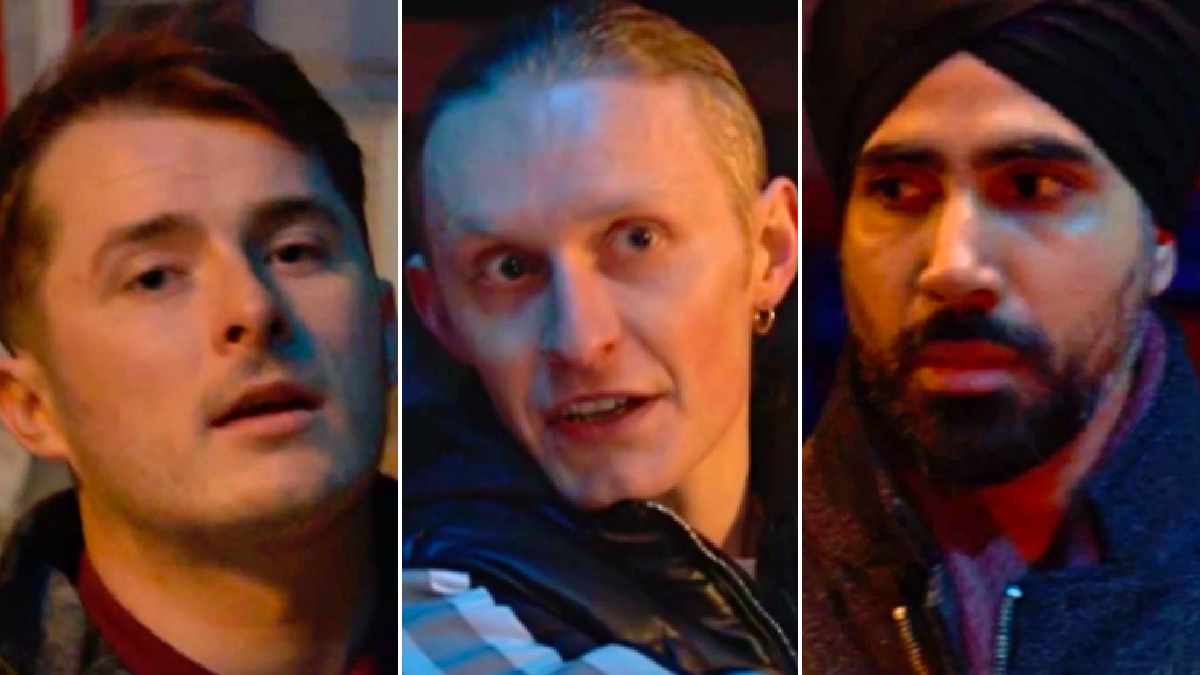 Ben was livid when he learned that Stas had agreed to do business with the Panesar clan instead of the Mitchells.

However, Kheerat realised last week that he might be in need of some help, and therefore, after Vinny (Shiv Jalota) gave him some advice, he decided that he would, in fact, work with Ben.

Ben agreed that they could do the deal together, and thus they set in motion a meeting with Stas on the night in question.

As night fell over Walford, Ben and Kheerat met with Stas in The Arches, but Stas made clear that he didn’t trust Ben, after Kat Slater (Jessie Wallace) informed him about what he and Phil (Steve McFadden) had been calling him.

Ben attempted to lie, claiming that he never once referred to him as ‘mad’, but Stas was having none of it, and therefore withdrew a gun and pointed it directly at the compressed gas on the premises.

He made clear that he wanted his money back, and if he didn’t get it, neither Ben or Kheerat would be making it out of the place alive.

Kheerat called Vinny, who then headed off to meet him with the money in his possession, but he was ultimately cornered by the thief who’d previously tried to steal booze from the Minute Mart.

What fate lies ahead for Vinny? That remains to be seen, but if he fails to show up with Stas’ money, will Ben and Kheerat pay the price with their lives?

EastEnders continues Tuesday March 2 at 7:30pm on BBC One.

Join the community by leaving a comment below and stay updated on all things soaps at our homepage.