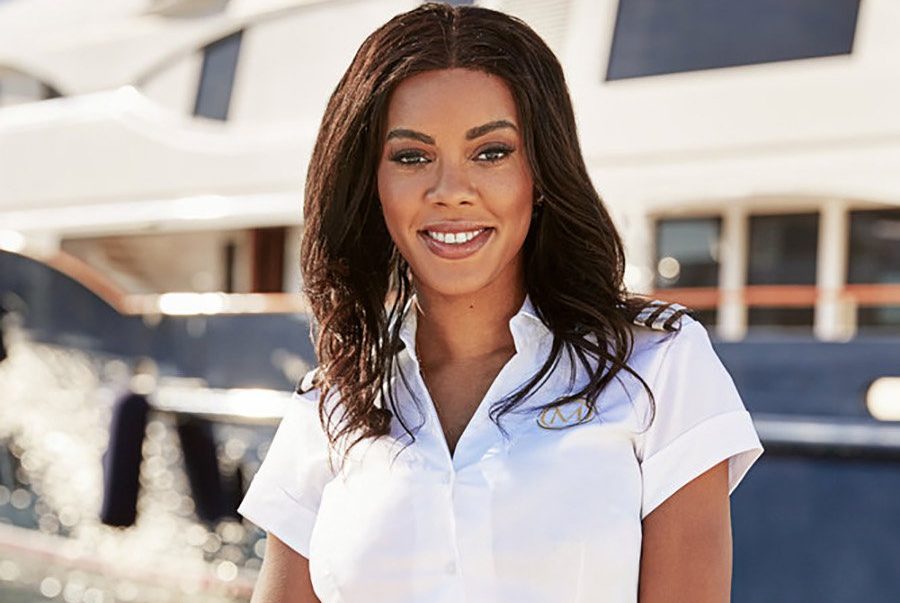 Below Deck star Katie Flood confessed that bosses stepped in at one point and ‘lost their s**t’ during an explosive fight.

Speaking in the Below Deck Mediterranean season six reunion, the cast revealed that fired stewardess Lexi Wilson was ‘much worse’ than viewers originally saw during an argument at the beginning of the series.

In footage that left fans shocked, the former Miss Bahamas took aim at her co-stars in a drunken rant, before continuing the argument with Mzi Dempers in the crew mess, with others forced to intervene when things escalated and appeared to turn physical.

However, speaking to Bravo’s Andy Cohen, chief stewardess Katie said that it was worse than it looked.

‘And if it goes any further I’m pretty sure Lexi would have been removed straight away. But I guess she reined it in at that point…’

Agreeing with her co-star, bosun Malia White said: ‘If anything she was edited nicely that night. She was much worse.’

Lexi was eventually given her marching orders by Captain Sandy Yawn after a string of clashes with her castmates.

In one shocking outburst towards chef Mathew Shea during a night out, she called him a slur and yelled that his parents ‘should have aborted him’, before adding that, ’if this wasn’t on camera, I would smack your ass’.

She was let go the following day, with the Captain urging her to ‘work on’ herself off the boat.

Some viewers were left wondering why it was able to get to that point, as her previous behaviour should have been enough to warrant her axe.

When questioned by Andy on this, Sandy added: ‘The reality is I don’t see everything. I never heard specifics so if someone comes up to you saying, “It was bad”, do you base firing someone off of that?

‘I didn’t see Lexi’s behaviour. If I would’ve seen it, I would have fired her immediately.’

Below Deck Mediterranean is available to stream on hayu.