The BBC Breakfast presenters had been discussing the launch of the new £50 note, which features World War Two codebreaker Alan Turing. But when Dan questioned why he couldn’t touch the money, BBC viewers were told Dan hadn’t been careful enough with a new £1 coin, which he said was “in the studio somewhere”. Louise quipped Dan wasn’t allowed to handle the money, placing it far away from him.

Introducing the segment, Louise was interrupted by Dan. She had started explaining: “From today, one of these-“

But Dan cut in, asking: “How come you’ve got that by the way?” Alluding to the new note in her hand.

“You know why I’ve got it,” Louise replied. “I’ve got it because you lost the new £1 coin in the studio.”

“It’s down the back of the studio somewhere,” Dan laughed. 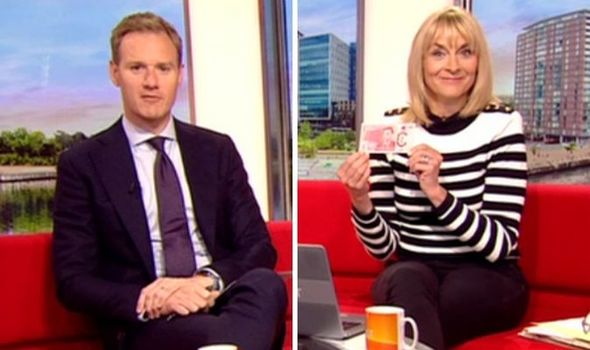 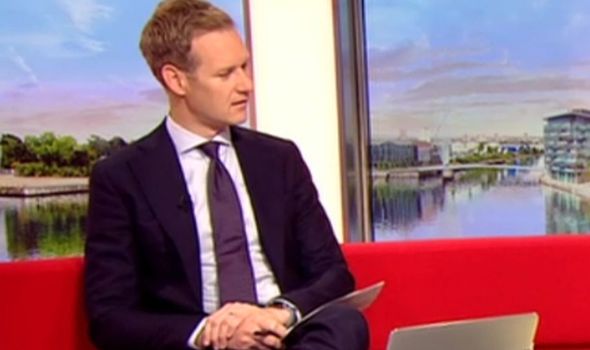 Louise continued: “Look at this – the new plastic £50 note has gone into circulation.

“It really feels great as well Dan, but you can’t touch it, sorry,” she joked.

“No,” Dan replied. He added: “But could you show us the back of it again, you might recognise that face, that is Second World War codebreaker Alan Turing of course.

“Celebrating his work, and it’s been issued on what would have been his birthday.” 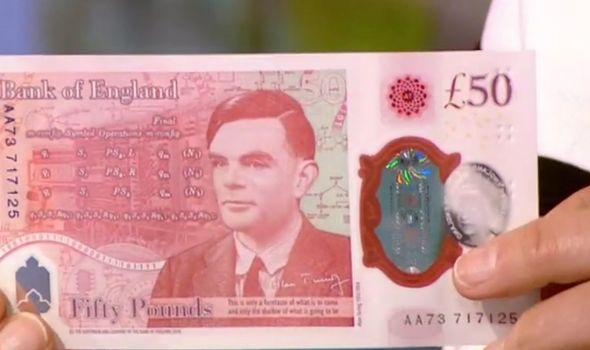 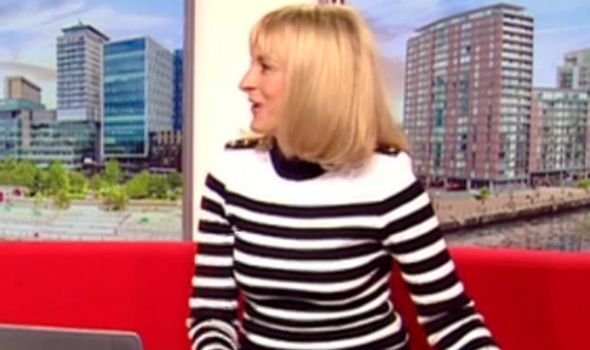 Louise continued to keep hold of the note while laughing at Dan, who said: “Look at you caressing that” before the show cut to personal finance correspondent Kevin Peachey, who had visited a money printing facility where the note is being produced.

But after showing viewers how it all worked, Dan was reminded once again that he wasn’t trusted to touch money.

Louise said: “I’m actually quite worried because I’ve got to look after it now haven’t I?”

Dan replied: “I don’t think I’ve ever had a £50 note,” before Louise said: “You’re certainly not having this one.”

She continued: “And there are some advantages of me not being able to give it to you.”

“I love the way you’ve put it even at the other side of you, so I can’t get anywhere near it.” Dan said.

Kevin had explained during his visit that more than one billion banknotes a year come from the site, now including the Bank of England’s new £50 note.

It goes into circulation today (June 23), and Kevin explained that six million could be printed in a single day.

Kevin asked if the £50 note was still relevant today, while the chief cashier of the Bank of England Sarah John explained they are used more often than people realise.

She said: “A lot of tourist spending is dependent on £50 banknotes, but also they’re often used as a store of value, and I’m sure that’s what many of these notes will be used for.”

BBC Breakfast airs daily at 6am on BBC One.