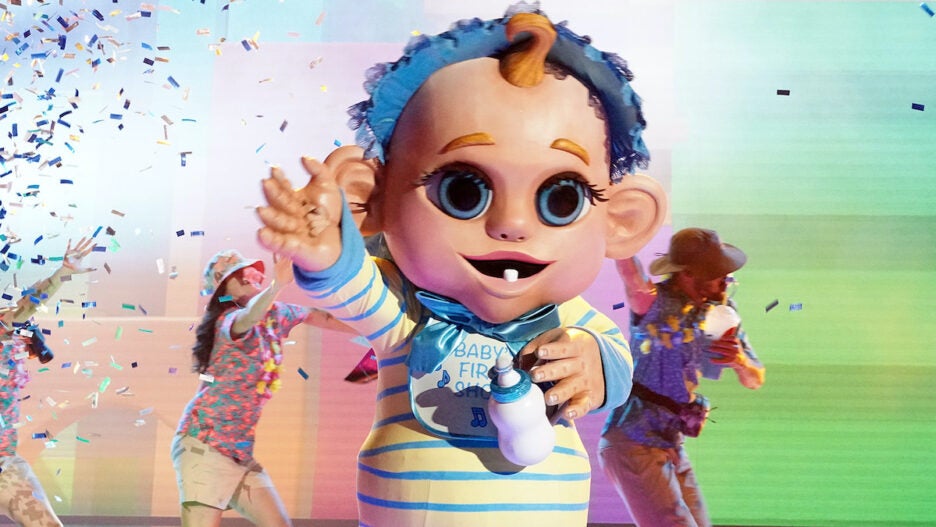 (Warning: This post contains spoilers for Wednesday’s “The Masked Singer.”)

Of course, when the “Blue Collar Comedy Tour” comedian and star of Pixar’s “Cars” films used a fake British accent and his impressive operatic skills to sing “Meet the Flintstones” to throw McCarthy, Robin Thicke, Nicole Scherzinger and Ken Jeong off, they really didn’t have much of a chance at figuring out who tonight’s unmasked contestant, Baby, was, did they?

“I kind of figured that I would fool them because when people see me, I’m always doing, the Larry the Cable Guy this, Larry the Cable Guy that, or Mater [from ‘Cars’], because that’s what I do,” Larry the Cable Guy, real name Daniel Lawrence Whitney, told TheWrap. “So to have me on there, and I’m speaking in a British accent and singing operatic songs. I mean, I get it. I knew I would fool them. I knew no one would get anywhere close to me. And I thought if anybody had a shot at it, it would be Jenny. Because Jenny guesses me almost every year, because she’s a friend of mine and we’ve worked together. So when I knew that she was at a complete loss, I was like, ‘Oh, this is good.’ I couldn’t wait actually.” 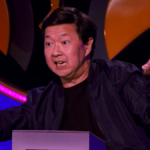 “I kind of figured, you have all those awesome singers on there, so I’m going to do ‘The Flintstones’ operatic and I’m going to go out and be entertaining. But I just kind of figured, you know, there’s no way I’m going to beat these singers singing regular songs. So let’s just have fun, be funny and sing something goofy. But when I took my mask off, I focused in on Jenny, because I knew she would be completely shocked. I hit a home run there. Nobody was even close.”

For those who didn’t know, Whitney is actually very well-versed in opera and showtunes, having grown up doing theater. 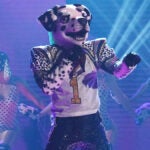 “I did plays all the time in high school and college. I’ve always loved to dabble in just singing goofy songs operatic. I went on ‘The Tonight Show’ one time and I did an Andrew Lloyd Webber version of ‘Armour Hot Dogs.’ It’s just something fun that I like to do. So I said, look, if I’m going to sing a song, let’s do if Andrew Lloyd Webber were to do a TV theme song, how would it sound? And so ‘The Flintstones’ — and let me just say, I sang it for them on the phone, so they could get how I was going to sing it, then they put the music to it — but I’m happy to say that was my arrangement.”

“For the last three years on my social media, people were always saying I was something. It wasn’t just the Banana. The Banana was the one where people really thought and where it went on the longest. But I had, in the course of three years, I’ve had all kinds of people thinking I was somebody. And I know that Jenny has always guessed me at some point in the last couple of years. So I just figured, how cool would it be to actually go out and do it, completely change everything, talk like a British guy and see if I can fool them.”

“The Masked Singer” airs Wednesdays at 8/7c on Fox.