Antiques Roadshow is loved for uncovering rare and fantastic objects that have been hidden away or forgotten about. Usually the objects come with an exciting story or a huge price tag. But this week, the show ended with a big surprise from host Fiona Bruce.

Just before the credits rolled, Fiona wanted to share an object she had found in Compton Verney.

She began: “Before we go, I wanted to show you something extraordinary from the collection.”

As the camera pulled away from Fiona, she could be seen standing behind a rather unusual looking object.

“It’s very valuable,” she continued. “I can only have it outside the building for 15 minutes. 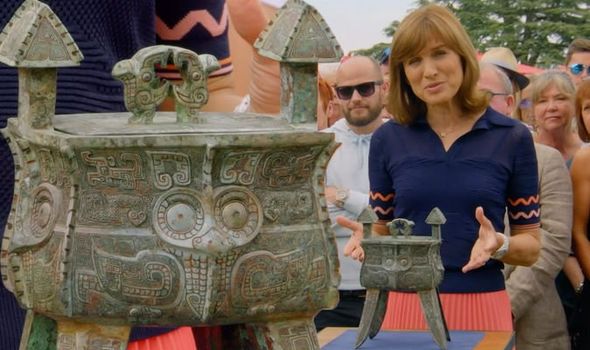 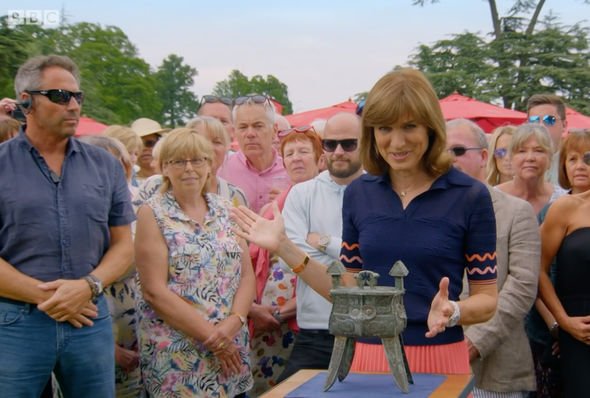 “Today it even has its own bodyguard. This is a bronze wine vessel.

“3,000 years old and it’s dated from the Shang Dynasty, which is one of the earliest ruling dynasties of China.

“Very rare, and very few known to exist, possibly belonged to royalty, very likely it was used at banquets to honours deceased relatives.”

Fiona continued: “Rich and elaborately carved, this bird here in the front, you can see the eyes and the beak, an omen of good fortune.” 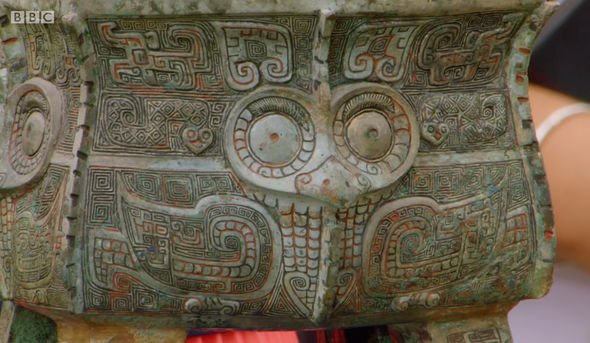 “What do you think it’s worth?” she asked viewers at home as the crowd behind watched on.

Revealing how much the small item could be sold for, Fiona exclaimed: “Four to six million pounds, which is why it’s only out here for 15 minutes.”

Marc was thrilled to set eyes on the piece as he told the guest: “Do you know, it was really interesting. When you arrived at my table, you had a huge bag and sticking out the top of the bag was this head.

“Then you pulled it out and I saw these initials A.D. 56 for 1956 but I immediately knew A.D. was for Arthur Dooley, the Liverpudlian artist.”

The guest explained he had inherited the item from his uncle as he used to drink with Arthur in a pub in Liverpool.

“Very often he went back to the studio and sold him the pieces directly,” the guest explained.

The guest’s uncle was happy to invest in some of Arthur’s work and it seems it all worked out well.

Marc explained the sculptures could bring in a big price if they were put up for auction.

Antiques Roadshow airs Sunday on BBC One at 7pm.