Fiona Bruce and the Antiques Roadshow were visiting Stonor Park, a grand house which sat in the gentle folds of the South Oxfordshire hills this evening. And they were delighted to see so many treasures. Among them was a Lalique statuette, a felt Steiff doll and an L.S. Lowry painting, which the latter was expertly analysed and valued by art historian Lawrence Hendra. With the panting originally bought for £1300 back in 1998, but why is it worth so much 23 years on?

The expert began: “So whenever I see a painting reportedly by Laurence Stephen Lowry on the Antiques Roadshow I should get very excited.

“But to tell you the truth, I get a bit nervous because not only was Lowry one of the most distinctive and popular – and valuable – British artists in the 20th centre, but he was also the most faked.

“But before we come to that, why don’t you tell us how it came to be in your possession?” He asked the guest sitting opposite him.

“I was buying an antique bicycle in Christie’s and I got it for way below its value and so I had some surplus cash,” the man explained. “And so I walked around and the consequence of that was I found that. 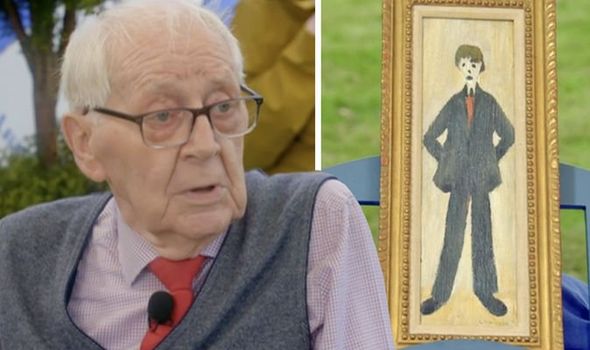 “And I was a teddy boy and it looks like a teddy boy! And if you haven’t been a teddy boy, well, tough.

“Anyway, I brought it home and my on said ‘How did you get on with your bicycle Daddy?’ I said ‘I got it’ and he said ‘Well done you! And what’s in the little parcel?’

“He said ‘What is it, Daddy?’ And I said ‘A Lowry!’ He said ‘I don’t know what a Lowry is!’ And I said ‘It’s a little painting like that.’ And he said ‘Well,’” he reminisced and then commented: “The fool and his money had soon parted!”

Lawrence continued: “Do you mind me asking what you paid for it?” And the man answered: “£1300 – round figure.” 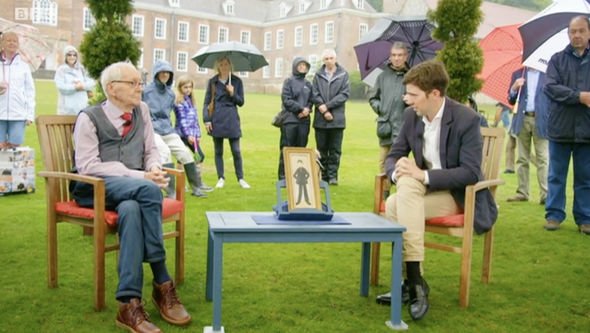 Turning to the artwork, the expert explained: “So Lowry is an interesting artist and he’s popular for all the right reason, not least because he was an artist of the people.

“He was painting the scenes he saw around him – he didn’t care what people thought about them, he faced all sorts of criticism, people said the arms and the legs were too long and the boots were too big.

“His first exhibition wasn’t until 1939 and, in fact, it wasn’t until he retired as a rent collector in 1952 that he actually started panting full time.

“But he was hugely popular and he just painted what he saw – totally unpretentious and that’s why I think a lot of people are drawn to his work,” he said. 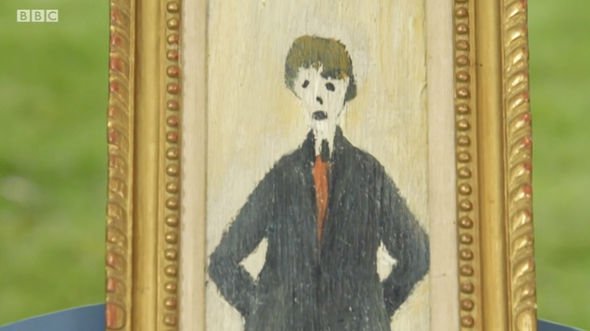 “He painted pictures of people but they weren’t portraits, they weren’t studies of character, they’re more studies of his surroundings and where the country was at the time in that specific area of where he lived – he painted the mood of the nation I think.

“Provenance with Lowry is crucial. Now, thankfully on the reverse of your picture, you have a label from the Lefevre Gallery who represented Lowry and who as you know sold many of his works.

“And you also have this letter,” Lawrence revealed. “And this letter was sent to you by the Director of the gallery in 1998.

“That is absolutely crucial that you’ve got it,” those watching at home heard him add.

As for how much the Lowry painting was now worth, Lawrence said: “In terms of value, now, I think, if your painting were to come up at auction, I would expect to see it sell for a figure in the region of £60,000 to £80,000.”

And the man replied cooly: “I like the sound of that.”

Antiques Roadshow airs Sunday evenings at a 8pm on BBC One.