The One Show has seen host Alex Jones present alongside a range of guest hosts in recent weeks after long-term presenter Matt Baker left after nearly a decade. Tonight, she was at the helm once more with Gethin Jones and the pair revealed they had a special message to share with BBC viewers at the start of the show.

Alex and Gethin were back on BBC One this evening as the announced Dermot O’Leary would be on the show to talk about a special project coming up this weekend.

At the start of the latest instalment, the presenters told those watching at home about Captain Tom Moore, who has raised a huge sum of money to support the NHS.

Alex said: “We have to mention the man that’s been in the news today for all the right reasons. Huge, huge congratulations to Captain Tom Moore, gosh, I love him.

“Most of you will have seen him, he promised to do 100 laps in his garden before his 100th birthday, and he’s done it. 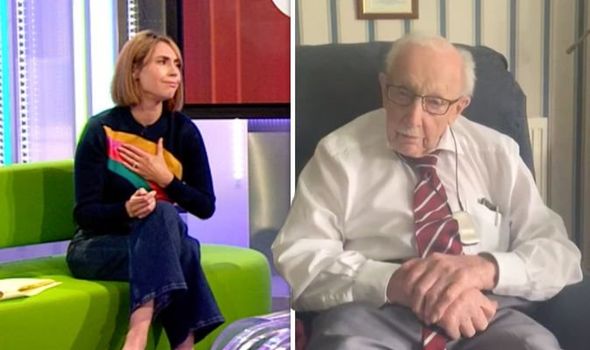 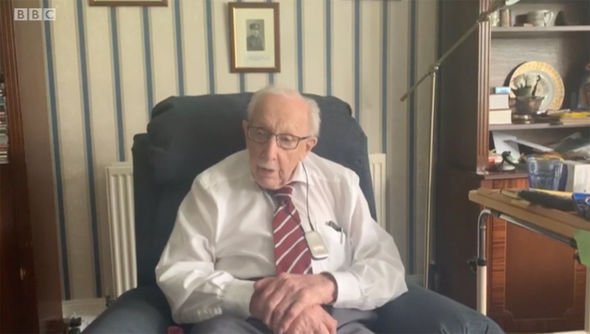 “He’s now realised a staggering £15 million to support the NHS staff and volunteers” Alex revealed before the studio burst into a round of applause.

Gethin remarked: “I get the feeling it’s not going to stop there either, is it? And as lockdown is extended for at least another three weeks, Captain Tom recorded this message – especially for you.”

Those watching at home were played a clip from Captain Tom, who said: “I’d like to tell everyone this won’t last, that we will eventually get through this trouble we’ve got.

“But, it won’t be forever, and once we’ve got through, everything will be well again,” he promised viewers.