Two weddings, a much-anticipated clap-out and a flash forward eight months into the future proved to be a fruitful formula for ABC as the Station 19 and Grey’s Anatomy series finales topped Thursday primetime ratings and viewers.

Station 19, which saw the union between Maya (Danielle Savre) and Carina(Stefania Spampinato), took last night’s viewership crown, drawing in 4.71 million viewers in the 18-49 demographic and a 0.6 rating, per per early Nielsen Live+Same Day numbers. While the season four finale brought the ABC series to viewership success, it was down three tenths in rating and 19% in viewers from the season three ender in May 2020 (0.9 5.88M).

Taking the top rating for Thursday evening, Grey’s Anatomy is heading into its 18th season on a high note. The finale (0.8, 4.62M) moved through eight months of the pandemic, showcasing all the hope and heartbreak that transpired in those moments– from Covid-19 vaccinations to weddings and proposals to a surprising new relationship. Despite the uplifting notes of the season ender, last night’s episode was down significantly from the season 16 finale in April 2020 (1.4, 7.31M). Ratings fell six tenths and viewers dropped by approximately 36% from last year. 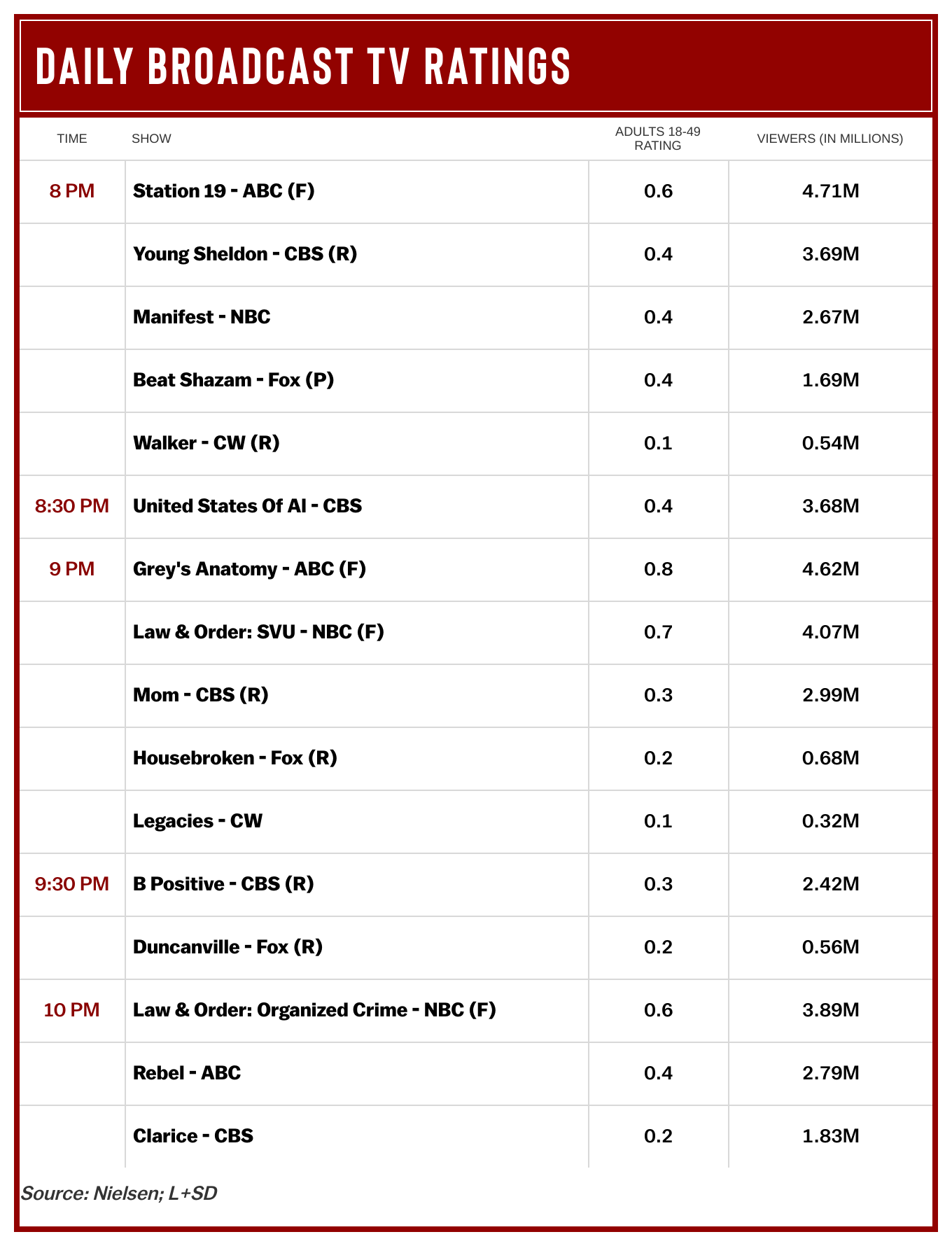