A Place in the Sun: Scarlette asks buyers about their low offer

Scarlette Douglas was on a mission to find Sandra and Robert their dream holiday home in Costa Blanca, Spain during the latest edition of A Place in the Sun. The Channel 4 expert had a tough search on her hands but was able to find the couple a property they loved so much that they decided to put an offer forward. However, Scarlette was stunned by how low the pair were prepared to go with their proposal.

The first two properties failed to capture the couple’s imagination but they also refused to rule either apartment out.

However, Sandra and Robert feel in in love with Scarlette’s third offering – a two-bed townhouse in Las Ramblas.

After living in Australia for several years, the couple were desperate to buy a property with plenty of outdoor space.

The townhouse included access to three communal pools, two terraces, a balcony and a roof terrace. 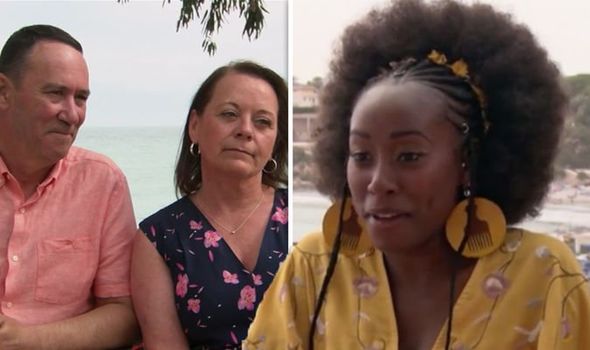 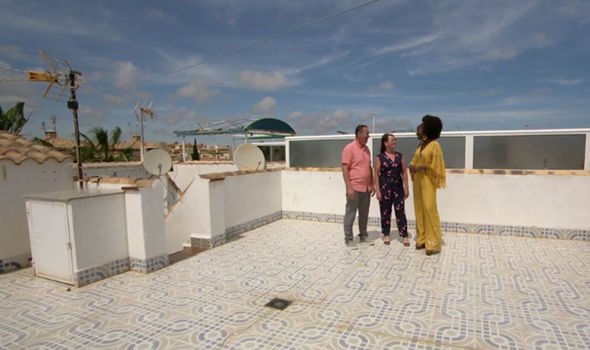 Once the visit was complete, Scarlette asked how she could do better for the next property.

Robert confessed: “ I don’t know really, it’s quite hard to top it.”

“You probably won’t be able to do it,” Sandra added. “But it would be nice to be closer to the beach.”

“Remember the closer we get the more I’ll have to push your budget and you don’t want to push too far.” 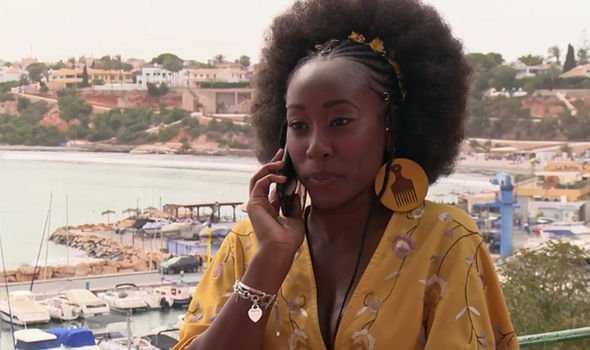 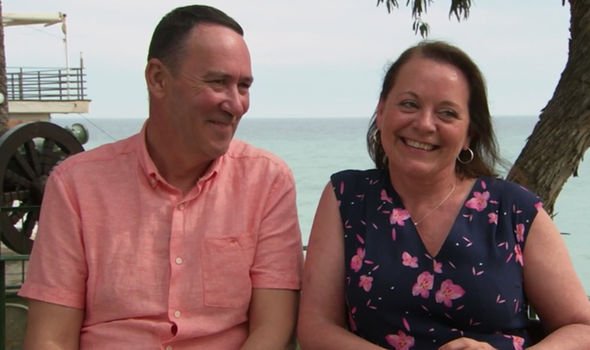 However, for her last property, Scarlette was able to find them a two-bed bungalow close to the beach with a private garden.

“That is quite low,” an alarmed Scarlette remarked. “Why are we going in that low? Why are we starting there?”

“It is cheeky,” Sandra agreed and her husband explained: “Mainly because it does need a little bit of work.”

“Also it is a negotiation so this is our starting point,” Sandra commented.

As Scarlette spoke to the estate agent, Robert remarked: “I’m scared,” and his partner added: “That wasn’t a yes.”

While Scarlette relayed the new offer to the estate agent, Sandra joked: “That’s a whole £1,000 I’ve given away.

The Channel 4 presenter revealed the owner had counter-offered them again with £97,000.

“I want to go in the middle,” Sandra said but her husband hit back: “Are you sure? I don’t think my stomach can take it.”

The couple agreed on £97,000 and Scarlette was thrilled to tell them the property was theirs.

A Place in the Sun airs on weekdays on Channel 4 at 3pm.