90 Day Fiancé star Jesse Meester put out a book recently. However, he didn’t receive the reviews he expected — quite the opposite in fact. The reviews Meester received got so intense that he wound up threatening legal action. Now, it seems as if the reality star has pulled his book from Amazon altogether. Here’s what went down.

When the hair salon opens back up, what look do you prefer? Dark blonde or light blonde? ??‍♂️ @hairphilosophynyc

Jesse Meester’s career isn’t limited to his time on 90 Day Fiancé. In fact, the reality star markets himself as a model, actor, applied psychologist, and real estate agent.

Meester wrote a book entitled, Intermittent Fasting Simplified For Body & Mind Integrated With Applied Psychology. Meester previously hosted the book on Amazon, where it sold for $29.99 in paperback format.

However, soon after Meester revealed his book on Amazon, it had accrued a 1.5 star rating. Many of these reviews were rapidly posted, making it doubtful that they were written by folks who had read the book.

One reviewer wrote, “The author has no qualifications to be writing a book about nutrition or psychology. A bachelor’s degree in psychology does not qualify one as an expert in that subject matter.”

“This first thing that stood out to be was the really bad grammar, I understand english isn’t the author’s first language, but I feel like if you are going to publish a book get a good editor, because it is very distracting. Every page I read had several errors, and this is not an exaggeration. The first 5 chapters of the book are just fluff, no advice, just testimonials and lots on ‘why he wrote the book.’ The actual substantive portions of the book offer nothing unique. If you want to learn about intermittent fasting, I think there are many books that are way better (better written, easier to follow, offer better advice) [sic],” added another review.

Happy Mother’s Day to all the beautiful, strong, loving and caring Mums out there!! And especially happy Mother’s Day to my amazing mom who I love and miss so much! ❤️ So beautiful, positive, energetic and full of life. ??⁣ ⁣ Being separated from our Moms during this difficult time isn’t easy, but it is a powerful reminder to never take the time we do have together for granted. ?⁣ ⁣ May your day be bright and your spirit shine, even in the times of #covid. May you celebrate soon together with all those you love. ⁣ ⁣ Love you all! ⁣ ⁣ #MothersDay #Mothersday2020 #Love #Blessed #LoveYou

Jesse Meester was not happy to see his book being bombed with negative reviews on Amazon. The 90 Day Fiancé star took to his Instagram story to call out the reviewers, and to threaten them with legal action.

However, 90 Day Fiancé fans seemed nonplussed. One Redditor commented, “What is up with the 90 dayers and their misunderstanding of how lawsuits work? He’d probably try to argue his book would be a number one nyt bestseller but for some crappy amazon reviews.” 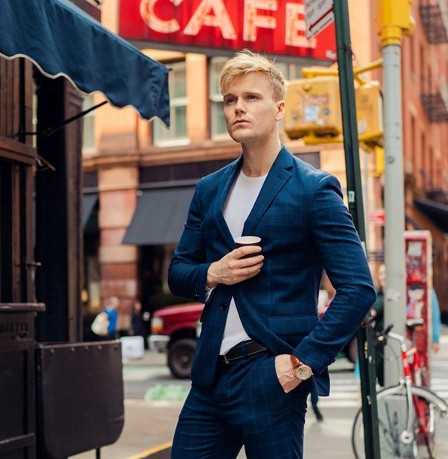 Now, it seems as if Jesse Meester has had enough. His book is no longer listed on Amazon, but Meester himself still has an author page.

It is not totally clear why Jesse Meester’s book was removed. However, it stands to reason that Meester may have simply become fed up with the negative review brigading against his book, and decided to pull it for that reason.

It remains to be seen whether or not Jesse Meester will decide to put his book back up for sale on Amazon.