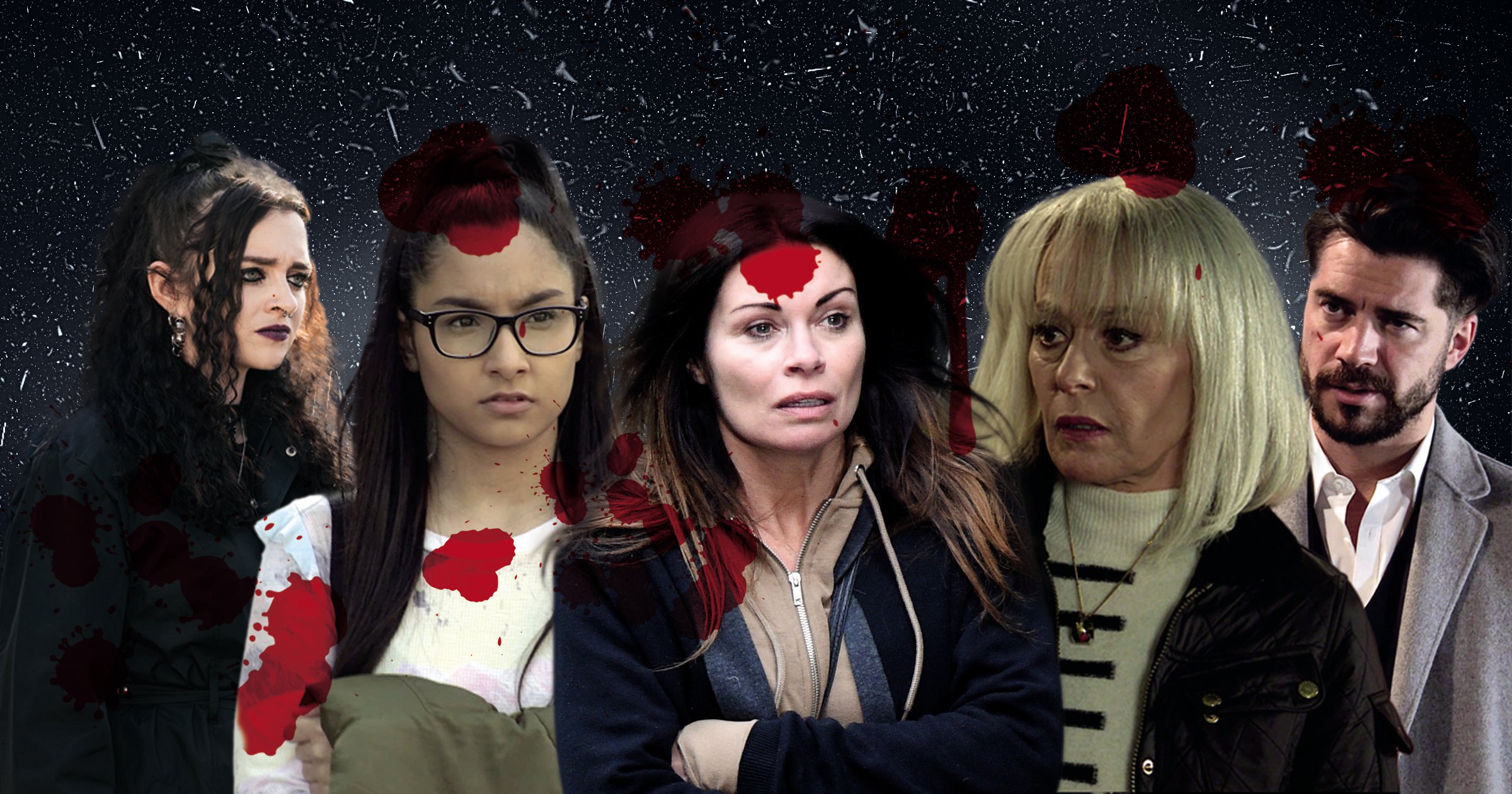 Coronation Street will be airing late night episodes all this week and there’s so much going on.

The ITV soap tends to air a week of late night episodes around this time of year. Usually, it’s to coincide with the Britain’s Got Talent semi-finals but that’s not the case this year as Joel Dommett will be presenting The Masked Dancer all this week instead.

So, what’s happening in Weatherfield?

It’s a week full of drama as Sharon Bentley’s (Tracie Bennett) involvement with drug lord Harvey (Will Mellor) will escalate when a gun goes off in Weatherfield and someone will end up getting shot.

As Gary (Mikey North) forces his way into the same van that was used to kidnap Sam (Jude Riordan), he tells Rita (Barbara Knox) to call the police.

But outside, the driver pulls out a gun and as Maria (Samia Longchambon) goes to check on Rita, a gun-shot sounds!

But who will get shot?

Just how many more lives will be put at risk thanks to Sharon and Harvey?

Suspicions have been rising since the very moment Sharon returned to the cobbles.

Jenny (Sally Ann Matthews) recently discovered the connection between Sharon and Harvey and this week, she’ll learn even more information about Rita’s foster daughter as more secrets are revealed.

After Imran (Charlie De Melo) reveals Sam’s kidnap was part of a plan to draw Leanne (Jane Danson) out of hiding, Jenny is stunned.

Jenny bangs on the door of Rita’s flat but when Sharon appears, it looks like she’s in serious danger.

But how far will Sharon go to keep Jenny silent?

Since his return from prison, Gary’s tried to readapt to life on the cobbles, but he’s not having much luck.

His sister Faye (Ellie Leach) is currently behind bars, and Gary doesn’t have a great deal of family around him anymore, so he contemplates leaving Weatherfield this week.

He tells Maria that he’s thinking of taking a job in Bristol to be near Zack, but will she ask him to stay?

They’re not in the best place right now, but could Maria end up regretting her decision if she tells Gary to start a new life elsewhere?

Away from the Sharon drama, Abi (Sally Carman) will have a change of heart soon after blaming Nina (Mollie Gallagher) for Seb’s (Harry Visinoni) death.

After having a chat with Roy (David Neilson), Abi dumps the bag of goth dresses in front of Nina, ordering her to go and put one on as Seb would want her at his funeral dressed as the Nina he loved.

Could this mean Abi and Nina will start to support each other now?

Abi will need all the support on offer as this week will also see evil Corey (Maximus Evans) crash Seb’s wake.

As the wake takes place in the Rovers, Abi is devastated to overhear Corey on his phone, laughing about Seb’s death.

Picking up a broken bottle, Abi sets off after Corey, hellbent on revenge.

Can anyone stop Abi?

Or will she end up doing something she regrets?

Corey’s unaware Asha (Tanisha Gorey) is currently playing a dangerous game with him, trying to trip him up and expose the fact that he’s responsible for Seb’s death.

This week, Asha will convince Corey that she believes he’s innocent and wants to spend the night with him.

However, with drugs in her pocket, Asha will put them in Corey’s drink.

As he slips into unconsciousness, Asha scrolls through Corey’s phone but when a call from Nina causes him to stir, how much danger will she be in?

As Nina and Abi arrive at the flat, they find Asha and a disorientated and confused Corey wandering around.

Corey attempts to barge past them, but he loses his balance and falls down the stairs.

As Asha looks down at Corey’s lifeless body, the three women are left with a decision to make.

Will they let Corey die?

Or call an ambulance?

Elsewhere this week there’s Underworld trouble ahead as Carla (Alison King) will admit to Sarah (Tina O’Brien) that she was right not to trust Lucas (Glen Wallace) as it would appear he’s gone bust.

But with some of their stock in Lucas’ premises, Carla and Sarah will attempt a dangerous robbery…

Will Carla and Sarah get caught?

As Carla and Sarah arrive at Lucas’ building, they jemmy the door open in the hope they’ll be able to reclaim their stock.

Carla and Sarah load up the boxes of underwear and make their getaway, but will the face any consequences for their actions?

Initially thinking he was doing the right thing by offering himself up as a liver donor, Adam (Sam Robertson) will tell Sarah he’s changed his mind and has taken his name off the donor list.

He wonders how he’s going to break the news to Peter (Chris Gascoyne) and Carla and when they eventually find out, Carla is gutted and further angered when she realises Sarah encouraged Adam.

Secrets will be revealed, lives will be in danger and the repercussions of Sharon’s unmasking will be felt through the street at the end of the week.

Did she make her escape?

And, most importantly, has everyone made it out of this massive week alive?