Since launching in 2016, TikTok has become one of the most popular social media apps around the world – particularly among younger users.

Now, it seems that YouTube wants a slice of the action, and is launching its own TikTok copycat called YouTube Shorts in the UK.

However, the Google-owned brand has also added the ability to sample audio from videos across YouTube, which includes billions of videos worldwide.

The feature was first tested in India and the US, but is finally available to budding content creators in the UK from today. 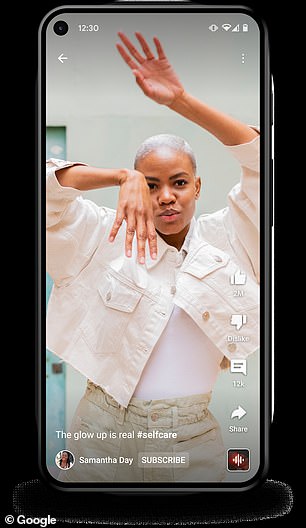 How to create a Short

2. Tap create and then tap Create a Short beta.

3. To make your Short longer than 15 seconds, tap 15 above the record button to record up to 60 seconds.

4. To record a clip, hold the capture button or tap it to start recording and then again to stop.

5. Tap undo to remove the previous video clip that you recorded or tap redo to add it back.

6. Tap done to preview and enhance your video and then tap NEXT to add details to your video.

YouTube Shorts were first announced in September last year, before being trialled in India and the US.

‘We want to make it easy and fun to create Shorts. When we first launched our beta in India and the US, we had foundational creation tools for Shorts,’ YouTube explained.

‘As we continue to build Shorts based on feedback from our community, we’ve added more features to play with.’

The new features include the ability to add text to specific points in your video, sample audio from other Shorts, automatically add captions, add clips from your phone’s gallery, and add basic filters.

And while users were initially restricted to 15 second videos, this has now been extended to one minute.

YouTube Shorts users will also have the ability to sample audio from videos across YouTube – which includes billions of videos worldwide.

YouTube explained: ‘This means you can put your own creative spin on the content you love to watch on YouTube and help it find a new audience — whether it’s reacting to your favourite jokes, trying your hand at a creator’s latest recipe, or re-enacting classic comedic skits.

‘Creators will be in control and will be able to opt out if they don’t want their long form video remixed.’

While rival TikTok has its own dedicated app, YouTube Shorts will sit within the main YouTube platform.

‘We’ve introduced a row on the YouTube homepage especially for Shorts, have launched a new watch experience that lets you easily swipe vertically from one video to the next, and have added a Shorts tab on mobile that makes it easier for you to watch Shorts with a single tap,’ YouTube explained.

The Shorts beta will be available to everybody in the UK over the next couple weeks.

‘We know that it will take us time to get this right, and we’re just getting started,’ YouTube added. 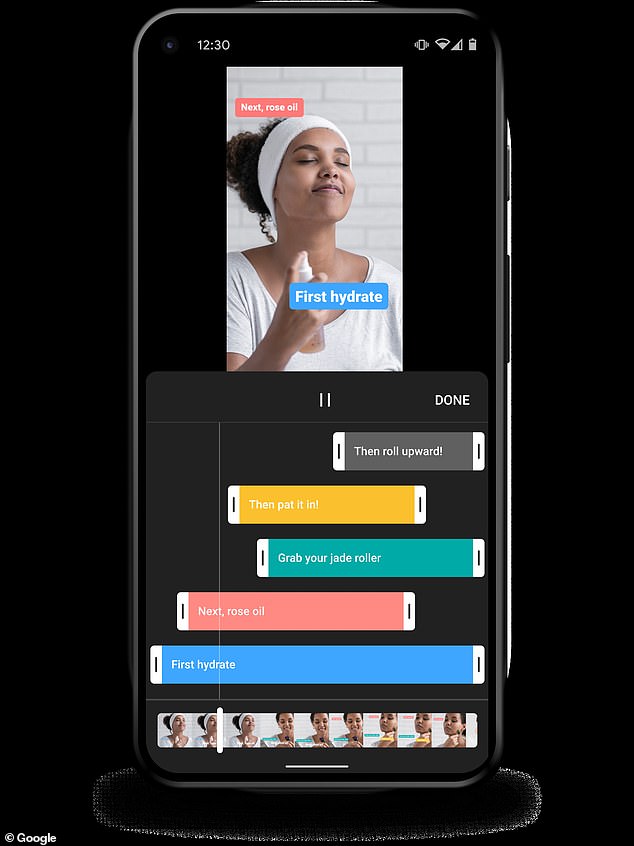 The new features include the ability to add text to specific points in your video (pictured), sample audio from other Shorts, automatically add captions, add clips from your phone’s gallery, and add basic filters

‘We can’t wait for you to try Shorts and help us build a first-class short-form video experience right on YouTube.’

YouTube isn’t the only platform looking to TikTok for inspiration – in August, Instgram announced that it was also launching a TikTok-inspired feature, called Instagram Reels.

Instagram explained: ‘Reels invites you to create fun videos to share with your friends or anyone on Instagram. Record and edit 15-second multi-clip videos with audio, effects, and new creative tools.

‘You can share reels with your followers on Feed, and, if you have a public account, make them available to the wider Instagram community through a new space in Explore.’ 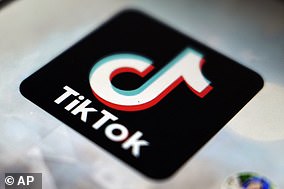 TikTok is a Chinese social media app where users can live stream, create short videos and music videos and Gifs with a host of functions

TikTok is a Chinese social media app where users can live stream, create short videos and music videos and Gifs with a host of functions.

TikTok is known in China as Douyin where it was launched in 2016 and then made more widely available around the world in 2017.

Douyin is still the version of the app used in China, available to download separately to TikTok.

The Beijing based social network has more than 500 million active users and the company is now worth more than $75 billion (£58 billion).

In 2020 Donald Trump called for the US arm of TikTok to be sold to an American company over fears the China-owned app posed a national security risk.

Talks are under way between ByteDance, Oracle and Walmart over US operations after Trump threatened a download ban in the US.