The supervolcano gets its nickname due to its ability to inflict global devastation during a supereruption, something that has happened three times in the past – 2.1 million years ago, 1.3 million years ago and 640,000 years ago. The latest event of this kind, which created the Lava Creek Tuff, saw more than 630 miles of rock and volcanic ash ejected into the sky and caused devastation on a grand level. But even that would pale in comparison to the destructive power of a future flood basalt event.

This series of volcanic eruptions – lasting for thousands of years – could threaten life as we know it, YouTube channel ‘Facts in Motion’ revealed in their ‘The Most Dangerous Type of Eruptions’ documentary.

The narrator said: “What was the most devastating volcanic eruption in history? Maybe volcanoes like Mount St Helens, Krakatau, or Mount Vesuvius come to mind.

“After all, there is a reason these names are remembered till today, decades, centuries and even millennia after their most famous eruptions.

“The eruption of Mount St Helens killed over 50 people and caused over $1billion (£710million) in damages. 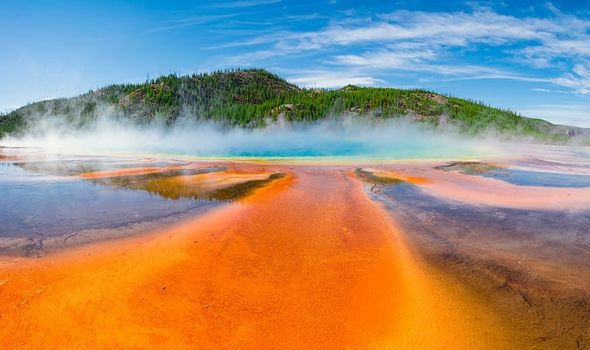 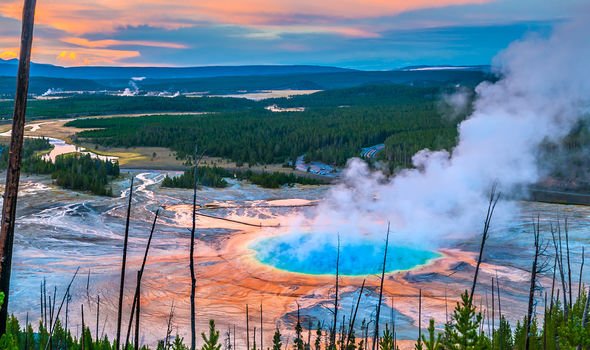 “And the catastrophic eruption of Krakatau killed at least 36,000 people, but there are of course volcanic eruptions that are still considerably worse.”

But the series went on to reveal why flood basalt eruptions pose more of a threat.

It added: “Supervolcanoes like the one beneath Yellowstone National Park for instance which last erupted 630.000 years ago.

“This eruption was in terms of material ejected around 50 times larger than Krakatau. 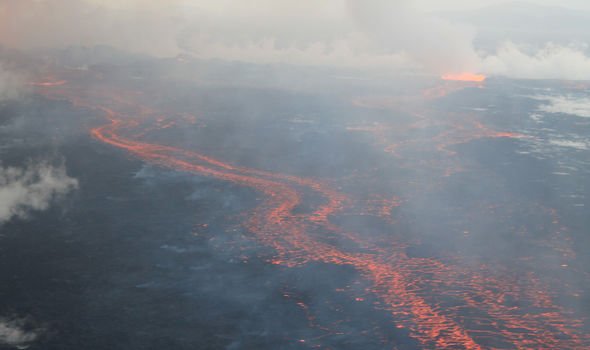 “But even that is minuscule compared to what our planet is capable of at its worst.

“This is a flood basalt eruption. Even though their name might not suggest it, they are the largest and most devastating lava eruptions in history.

“Eruptions so massive they have again and again changed life on this planet in a way and on a scale like no other natural phenomenon.“

Many flood basalts have been attributed to the onset of a hotspot reaching the surface of the Earth via a mantle plume.

And the documentary detailed the chilling implications they can have.

It added: “To understand how enormous these eruptions were and what impact they had on Earth and its inhabitants, we have to go on a journey into the past. 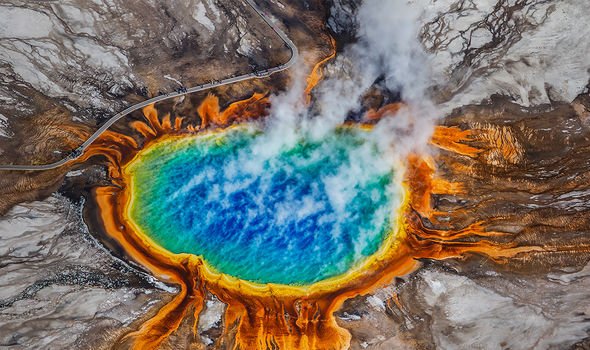 “Let me take you back in time 252 million years, to the Late Permian Period – roughly 10 million years before the appearance of the first dinosaurs.

“At that time all the continental plates were fused into one gigantic supercontinent called Pangea.

“This was the scene of the biggest natural disasters in history – a key event that would alter the planet on such a scale it would forever change the course of evolution.”

The Siberian Traps is a large region of volcanic rock in Siberia, Russia and is one of the largest known volcanic events in the last 500 million years.

And the series explained how the event unfolded.

It continued: “Around 252 million years ago an unimaginable amount of molten rock, risen from inside the Earth, had accumulated directly beneath the crust and was now at various points beginning to make its way to the surface. “

“The widespread release of gas from the ground, major and continuous earthquakes as well as the uprising of the crust by several hundred meters were signs of the impending catastrophe.

“It probably started in the north-west of Siberia in the Tunguska Basin, near today’s city of Norilsk.

“Over an area of more than 40,000 miles, a vast network of volcanic events began to open producing huge pyroclastic and phreatomagmatic eruptions with fire fountains 20-miles-high and spreading enormous quantities of gas, molten rock and ash across the lands.”

Over the years, there have been many unsupported claims that Yellowstone is “overdue” an eruption, after the average time between such events were calculated. 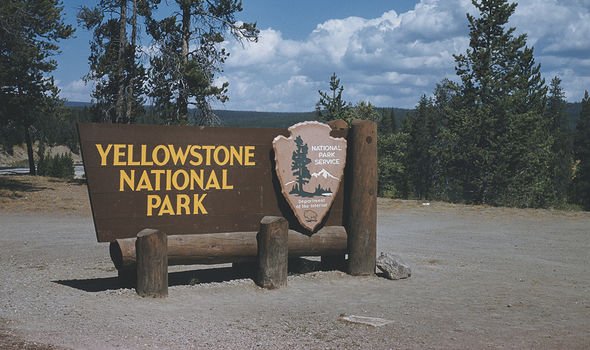 But Dr Mike Poland suggested the hotspot may be in a state of decline during the USGS’s recent update on their YouTube channel.

He said: “The magma chamber beneath Yellowstone is only about five to 15 percent molten, so it doesn’t have enough to generate one of these big explosions.

“Over the last 15,000 years or so, since the last Ice Age, we know from the geology of Yellowstone Lake that Yellowstone has mostly gone down.

“In fact, it’s gone down by a net of 30 metres, almost 100 feet, over that time period, so there’s no pressure and there’s really no magma to feed one of these really big explosions.”