Mother, 43, divides opinion by asking if she’s too old to wear a short black Warehouse dress for the school run – so, do YOU think it’s too risqué?

A 43-year-old mother divided opinion by asking if she is too old to wear a short black dress on the school run.

Posting anonymously on British parenting site Mumsnet, the woman shared a link to a dress that she spotted on the Warehouse website.

The mother who wears a UK size 10, explained that she would wear the garment with trainers or flat sandals when the weather is hot.

The post divided opinion, with some saying age should never be a factor in deciding what to wear. However others claimed the frock is too risqué for the school gates. 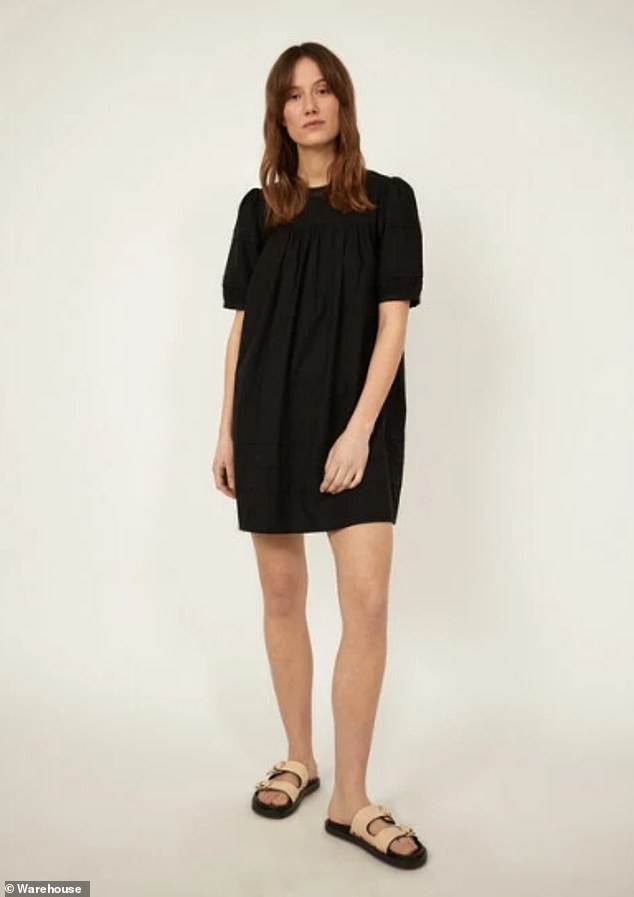 An anonymous British woman shared a link to a Warehouse dress (pictured), asking Mumsnet users for their opinion on whether it is too short to wear on the school run 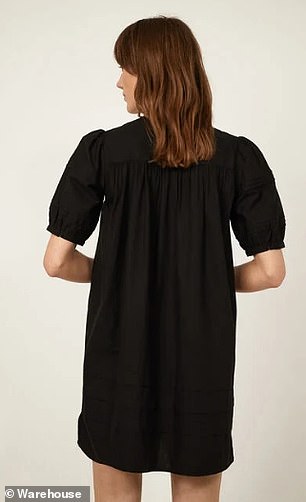 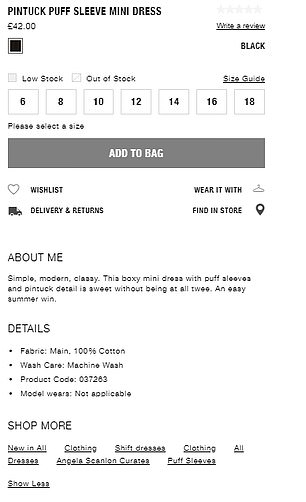 The 43-year-old who wears a UK size 10, revealed concerns that the mini dress could be too short for going on school runs given her age 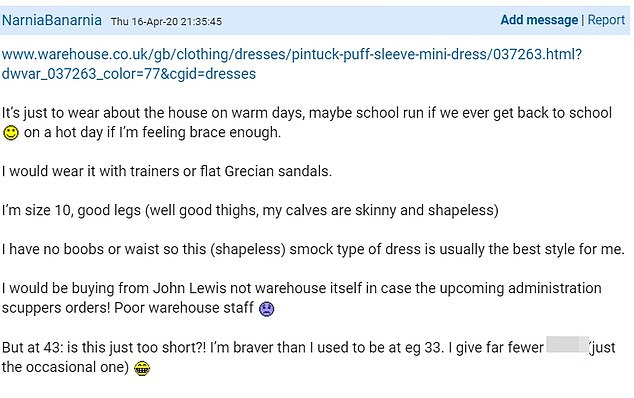 The woman explained that she’s become braver with age, but would need to be feeling brave to wear the dress. Pictured, the post shared on Mumsnet

One supporter said: ‘I’m not even clicking on the link because no it is definitely not too short! Your age should not influence your choices.’

Another commented: ‘I haven’t read all the comments but this pandemic has taught me to not give a toss about what others think. If you like it, go for it, buy it and enjoy it!’

A stream of responses argued that age doesn’t matter when deciding whether or not to buy an item of clothing, pictured

A third added: ‘Go for it! You could wear with leggings if you want to cover up, tights and boots in winter, even skinny jeans under. It looks great’

Others argued the style is too short regardless o the mother’s age.

‘Too short in my opinion. Nothing to do with age, or size, or shape – it’s just too short for anyone to be worn without leggings underneath (which would ruin the look anyway. Unless you want to flash your vagina, that is.

‘It’s annoying, as it’s a very nice dress. Just another inch or two would make it wearable,’ wrote one.

Another said: ‘Lovely dress… simple, stylish, tasteful.. but yeah i’m going to say it, very short. Too short for me. If i can’t bend over in it without giving everyone an eyeful, it’s a flat no. I’d wear it with skinnies though.’

Others said the dress is too short for anyone, unless they’re wearing it with leggings or trousers underneath