Body language expert Judi James offered some insight into how the pair operate as a political couple. While might image how it would be to be in a partnership with Donald Trump, Melania has first hand experience.

But they are not just romantic life partners, they are political partners as First Lady and President of the United States.

Donald has caused some controversy with his recent thoughts on tacking coronavirus.

Speaking out about possible ways to treat the virus, the POTUS had some interesting insights.

He said: “I see the disinfectant, where it knocks it out in one minute. 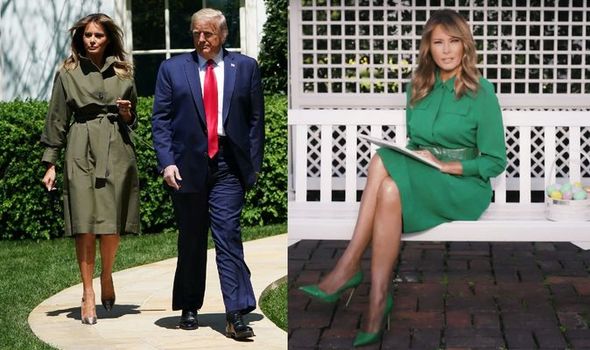 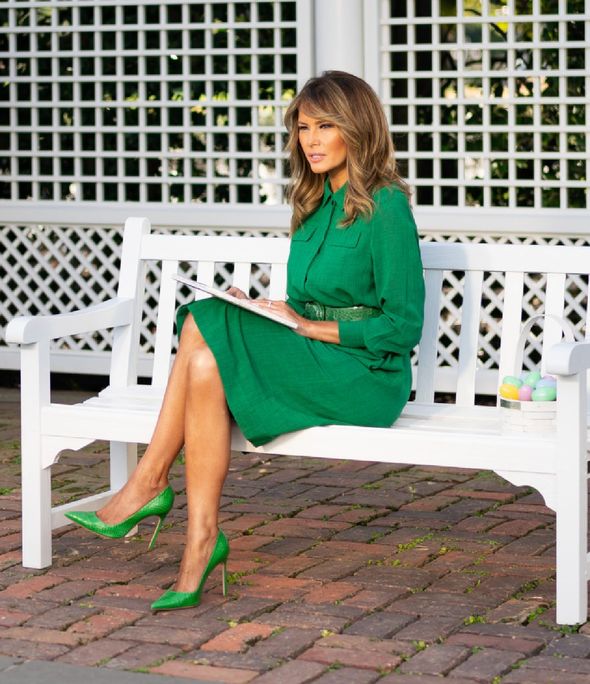 “And is there a way we can do something like that, by injection inside or almost a cleaning, because you see it gets in the lungs and it does a tremendous number on the lungs, so it’d be interesting to check that, so that you’re going to have to use medical doctors with, but it sounds interesting to me.

“So, we’ll see, but the whole concept of the light, the way it kills it in one minute. That’s pretty powerful.”

Judi James has revealed how Melania is a “perfect” partner for Donald.

She said: “Like a lot of partners of world leaders Melania is the perfect counter-balance contrast to her husband.

“While he sells boastfulness and spontaneity Melania presents elegance, modesty and what looks like an obsessive eye to detail.

“Her vocal tone is soft and adds the warmth to a rigid and stilted non-verbal delivery.”

She also claimed the First Lady was offering a surprising level of calm to the US public.

Judi said: “The overstated perfection of the Melania look might not be to UK tastes right now. 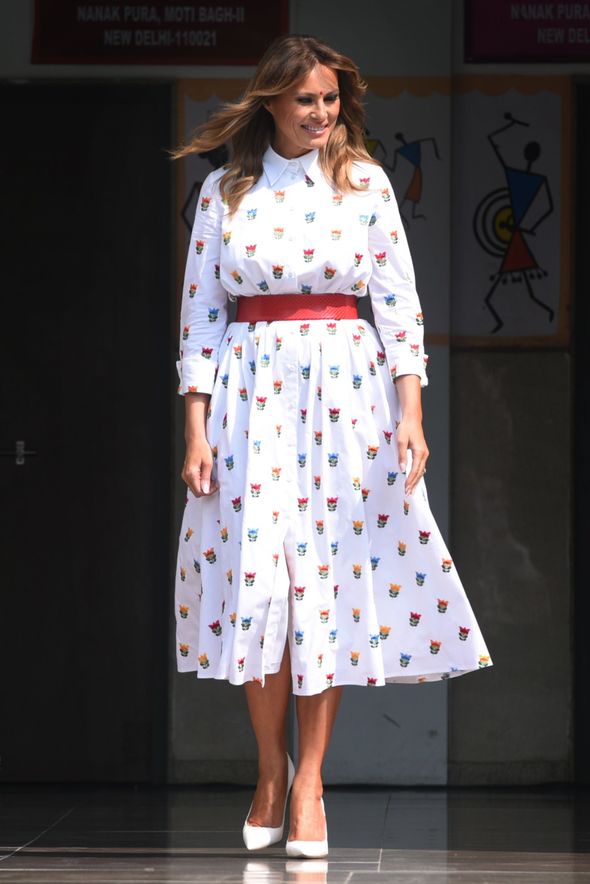 “But, during the current crisis there might just be something about that not-a-hair-out-of-place coiffure and those killer heels that match the dress perfectly that suggest a reassuring sense of resilience and continuity to the people of the US.”

She analysed Melania’s appearance over Easter, which had to be carried out digitally this year due to the crisis.

Normally, the First Lady reads a story to children at the White House for Easter.

She has taken to social media to read The Little Rabbit this year instead. 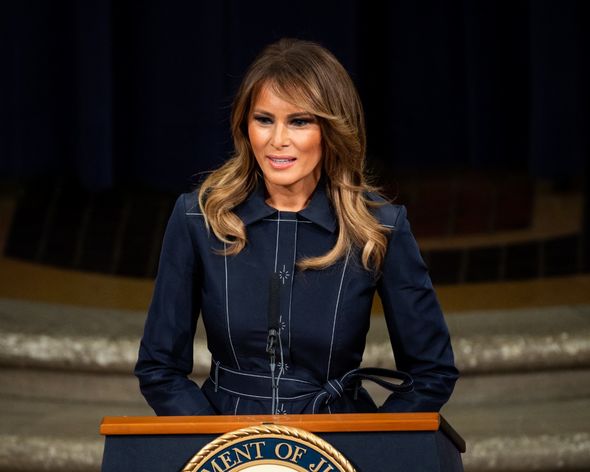 Judi said of the video: “If you’re going to impress small kids you either adopt the traditional story lady look, wearing fun casuals and the kind of body language that makes you appear natural, agile and accessible.

“Or, you do a Melania Trump, sitting ram-rod upright and perfectly groomed in a way that prohibits all movement to appear like the beautiful princess from a fairy tale.

“Only Melania could have carried this stilted, fashion-plate pose off and from Melania the amount of effort put into looking unrealistically perfect is probably endearing rather than a sign of vanity.”

Mum-of-one Melania can speak more languages than any other First Lady before her: English, French, German, Italian, Serbian and of course her mother tongue, Slovenian.

This also makes her the only First Lady whose first language is not English.

After Jacqueline Kennedy, Melania is the second First Lady who is a practising Catholic.

She met Pope Francis as part of a foreign tour with her husband and stepdaughter Ivanka last year.

Her skills aren’t confined to print, and she appeared in a commercial for Aflac, an American insurance company, in 2005.

Melania’s parents are Amalija Knavs and Viktor Knavs, and the couple live together in Washington.

She has one sister, Ines, who is reported to live in New York and work as an artist.

On May 7 2018, Melania launched her flagship campaign as First Lady, BE BEST, which The White House describes as “an awareness campaign focused entirely around the well-being of children”.

There are three main strands to the initiative: well-being, social media, and opioid abuse.