On Physical Graffiti, the blockbuster double album released by Led Zeppelin in 1975, you hear the band in all its glory. While “Kashmir” (side 2, track 3) might be the most representative Zep track of them all, the band showcased its ability to make spellbinding music in a variety of styles.

For those who loved the group’s swaggering brand of hard rock, there was “The Rover”; for those hoping for more sledgehammer takes on the blues, there was “In My Time of Dying”; and for fans of Zep ballads there was “Ten Years Gone” (among others).

But the album’s eclecticism didn’t stop at the music. Because Physical Graffiti featured tracks recorded at four different locations over four years, fans also got a broad look at the producing techniques of Jimmy Page.

In the course of the four album sides, you hear Page and the band working in London studios, out in the country at Headley Grange, and at Mick Jagger’s Stargroves estate. And on one outdoor session Zep even included the sound of an airplane flying by as Robert Plant sang. 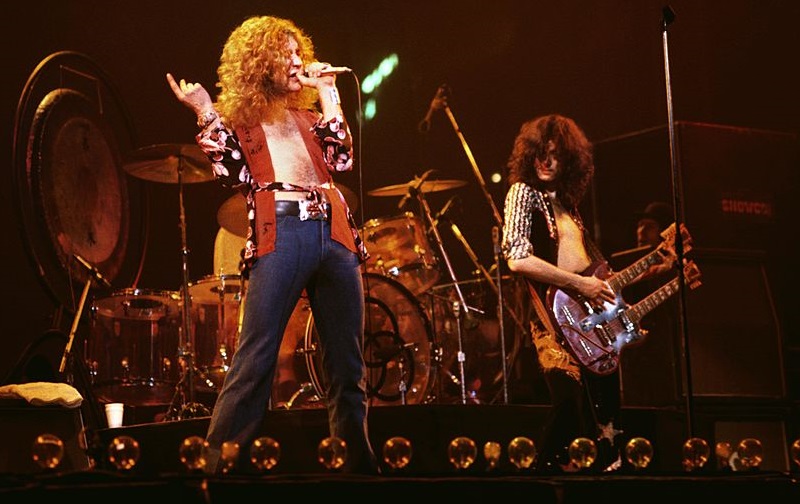 If you’re wondering why the biggest band in the world would record outside, it all goes back to Page and Zeppelin’s urge to experiment. Without that openness, Page and engineers wouldn’t have gotten sounds like John Bonham achieved on “When the Levee Breaks” (1971).

In spring ’72, while working on the Houses of the Holy record at Stargroves, engineer Eddie Kramer recalled jumping at the chance to record outside on a particularly beautiful day. But once it came time for Plant’s vocal you hear the overwhelming sound of aircraft overhead.

On Physical Graffiti, you hear it happen in real time at the start of “Black Country Woman.” Kramer asks Page if it was time to flip on the tape machine. (“Should we roll it, Jimmy?”) Page replies that they indeed are already rolling.

That’s when you hear the airplane approach. Plant, amused by the timing, lets out a short laugh. Then you hear Kramer suggest a fix. “We gotta get this airplane off,” he says. But that never happened. 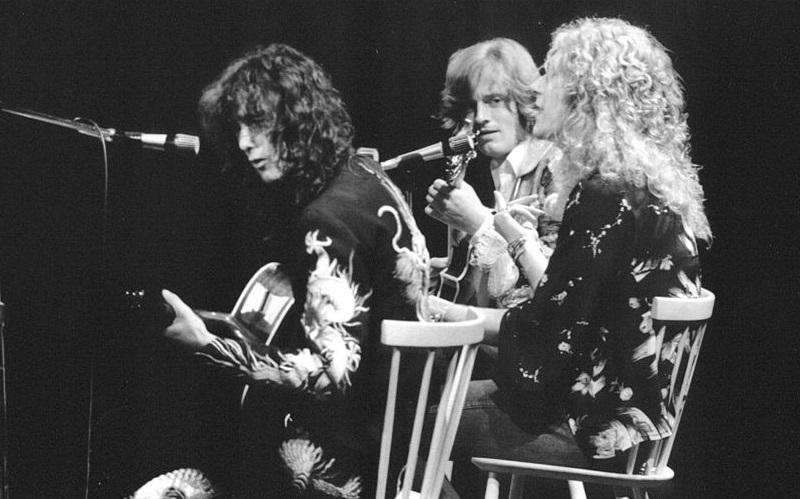 Kramer, a world-class engineer who’d worked on all three Jimi Hendrix Experience albums, knew that he’d be dealing with some variables recording outside. But he couldn’t have expected a big plane to fly overhead right when they were recording Plant.

“All of a sudden there’s this mammoth, four-engine — it looked like a World War II plane — came roaring overhead,” Kramer said in Gibson’s Ask Eddie Kramer series. “It was so frickin’ loud.” And as listeners hear he suggests taking it off.

Plant had other ideas, though. “Nah, leave it,” you hear him say. That’s exactly what Led Zeppelin did, of course. “This is a great example of leave the damn mistakes in,” Kramer said. “Leave that sh*t in.”

Page came to cherish moments like that in the Zep catalog — and on Physical Graffiti in particular. “I think this album is really honest,” he told Brad Tolinski in Light and Shade. “It is a more personal album, and I think it allowed the listener to enter our world. You know, ‘Here’s the door. I’m in.’”

RELATED: How Led Zeppelin Pulled Out All the Stops on ‘Over the Hills and Far Away’