How you doin’ in quarantine? Well, apparently not great if Wendy Williams has anything to say about it.

In a new interview, the Emmy nominee, 55, admitted that she was “reluctant” to remotely film The Wendy Williams Show after watching other TV hosts work from their homes.

“Looking disgusting,” Williams said of her competitors’ at-home looks during an interview with CNN on Tuesday, May 5. “I’m just saying.” 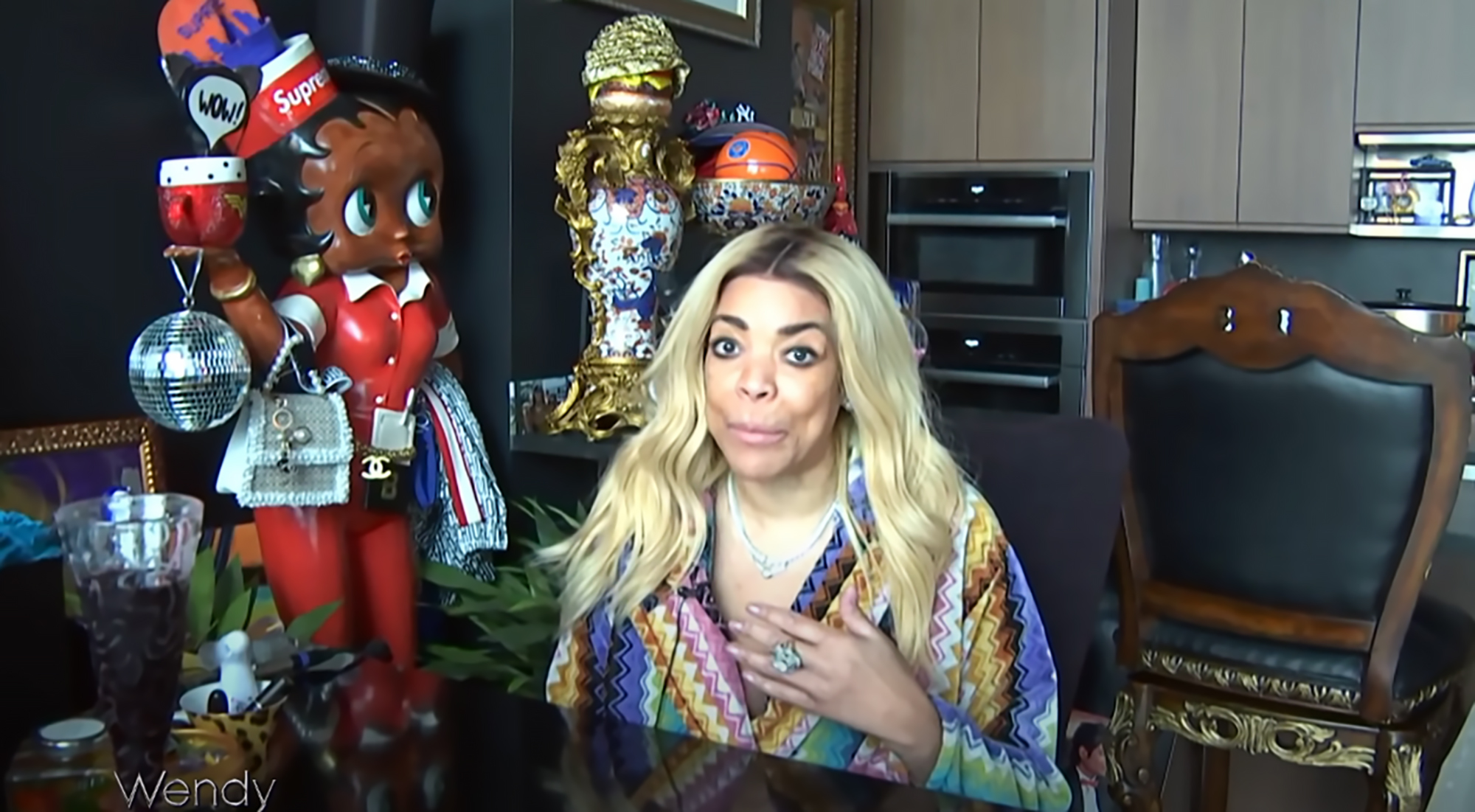 The Ask Wendy author told the news outlet that she eventually gave in and decided to film at her apartment after a few conversations with her production team. At first, not having a live studio audience felt weird, but then she remembered her years working as a radio personality.

“If it wasn’t for radio, I could not do this quarantine thing from home properly,” she explained. “I’ve so enjoyed this 11, going on 12, years of doing the talk show with the studio and hundreds of people and clapping and the immediate response. I’ve so enjoyed that, but it is much easier for me as a host to be here at home, with no audience, because it’s always been about description. You know, I’ve been a radio host longer than I’ve been a TV host, so yes, right. Thank God for radio.”

Williams revealed that she has zero control of the equipment used to film in her kitchen, which is exactly how she wanted it set up. She does, however, do her own hair and makeup.

“I have the same person come over every single day. He’s on time. He flips the switches, he sits over there, away from me. We get it done,” she told CNN. “Then my computer shows a whole gang of people from production. … We work so well as a team. I’m enjoying this process.”

The former shock jock — who divorced her show’s former producer, Kevin Hunter, in January after 22 years of marriage — has hosted The Wendy Williams Show since 2008.

Given the constantly evolving nature of COVID-19, Us Weekly wants our readers to have access to the most accurate resources. For the most up-to-date coronavirus information, guidance, and support, consult the CDC, WHO, and information from local public health officials. If you’re experiencing coronavirus symptoms, call your primary care provider for medical advice.