ANGEL GOMES showed Manchester United what they're missing with this David Beckham-esque wondergoal from halfway.

The 20-year-old walked away from Old Trafford earlier this summer after snubbing a deal believed to be worth £25,000 a week plus bonuses. 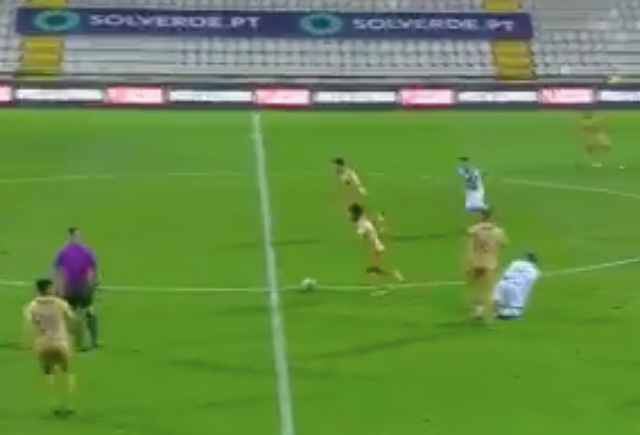 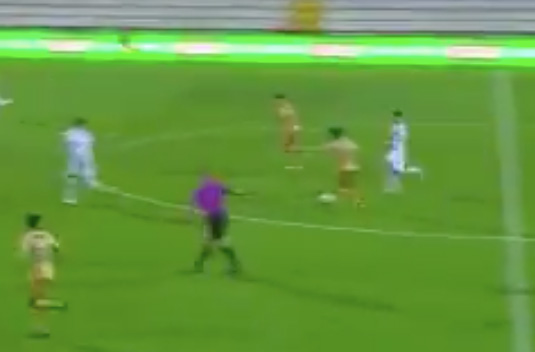 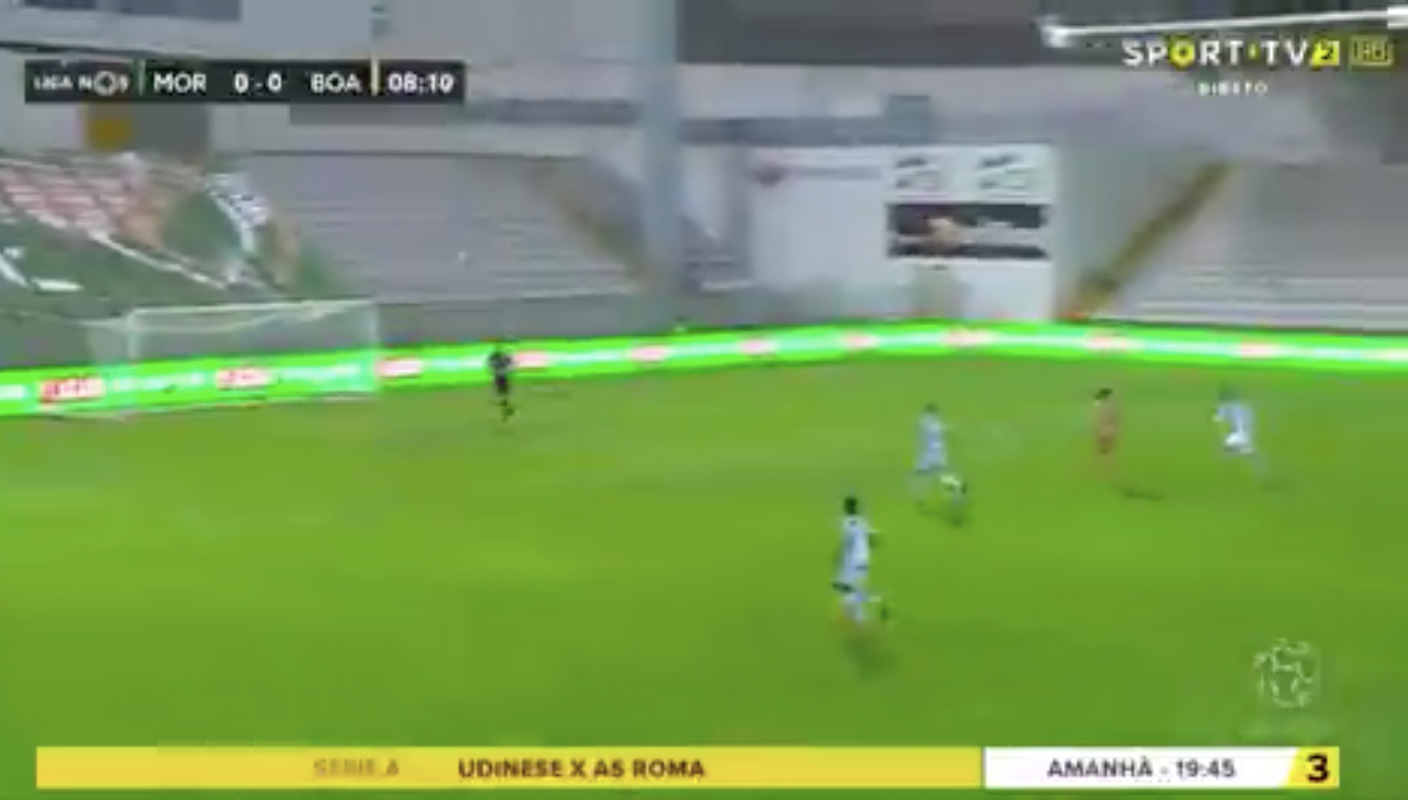 Gomes, an England Under-20s international, had a host of European clubs chasing his signature – as well as United's domestic rivals Chelsea.

He eventually signed a five-year deal with Lille before being loaned to Portuguese top flight side Boavista.

And he appears to have settled well if this astonishing strike is anything to go by.

In the ninth minute of the clash against Moreirense last night, Gomes won the ball back in the middle of the park.

Spotting the opposition keeper miles off his line, he tried his luck from way out.

The sweetly struck shot flew like a missile over everyone's heads and into the back of the net.

Some way to score your first goal for your new club.

As Man Utd fans became aware of the super strike in the 1-1 draw, they turned their ire on Ole Gunnar Solskjaer and club chiefs for letting a player of such quality simply walk out the door.

An irate supporter said: "Angel Gomes who was let go for free by this club is performing and scoring worldies already in the league where Bruno Fernandes came from – he's only been there for three games.

"One of the finest talent thrown away. This stupid board."

One comment read: "Letting Angel Gomes go on a free is a big L for United."

Another wrote: "Getting rid of Angel Gomes will be a mistake."

A fellow user blasted: "Ole has literally let go of two top talents Angel Gomes and Dalot soon. If this was Mourinho we would hammer him for it." 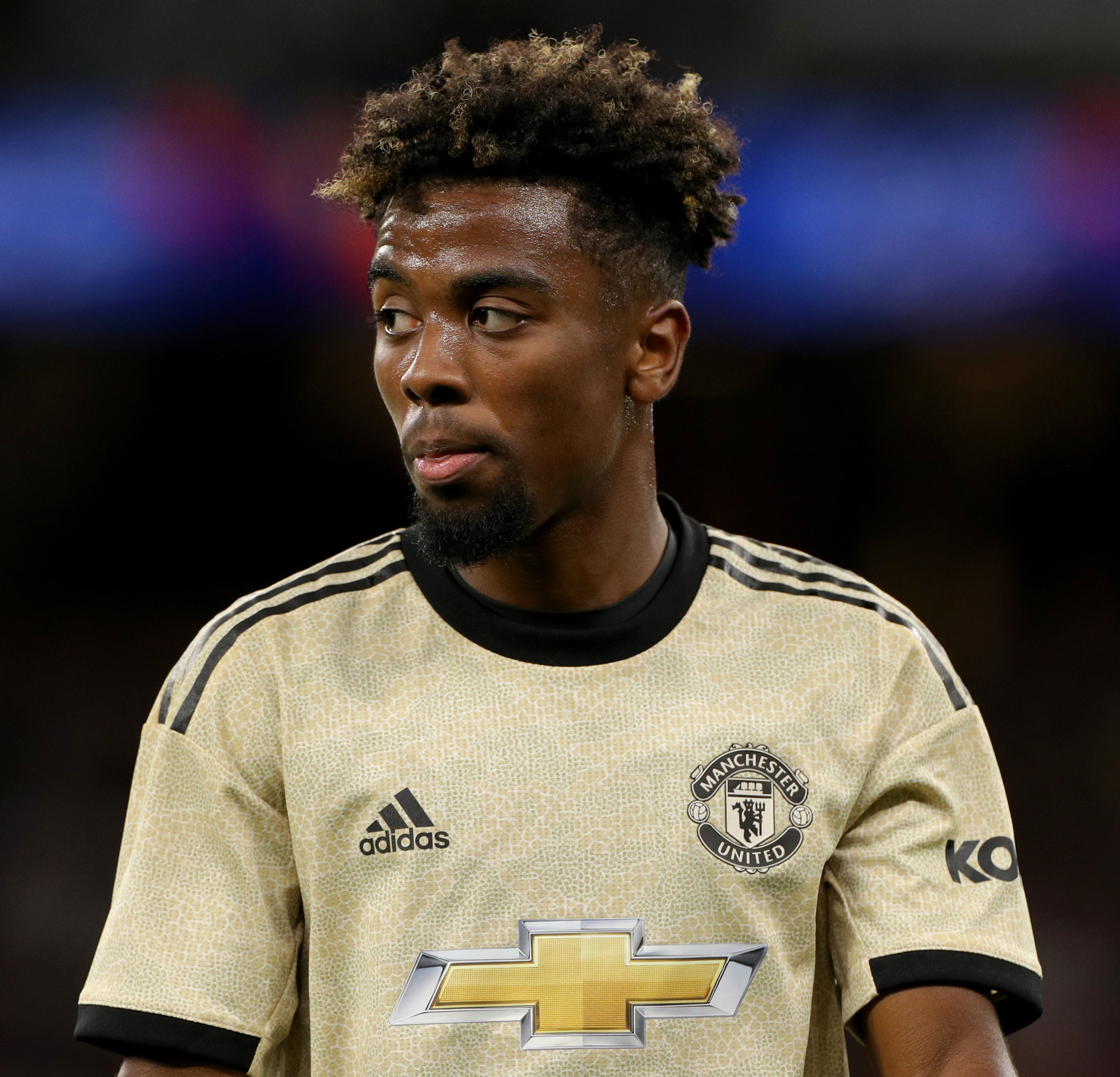 One said: "We're hundred per cent going to buy Angel Gomes back."

Another tweeted: "Angel Gomes with an absolute worldie in Portugal but we wanted to see Jesse Lingard's potential flourish instead."

A fellow user wrote: "Angel Gomes with one of the best strikes you'll see all season.

"Understand why he wanted to leave United with no immediate first-team path, but club must be frustrated they failed to agree new deal and send him on loan as with other youngsters."