JARED ANDERSON proved all his sparring sessions with Tyson Fury are paying off after landing a stunning KO of Kingsley Ibeh.

America's top prospect took on Ibeh on Saturday night in Las Vegas and showed why there is so much hype surrounding him. 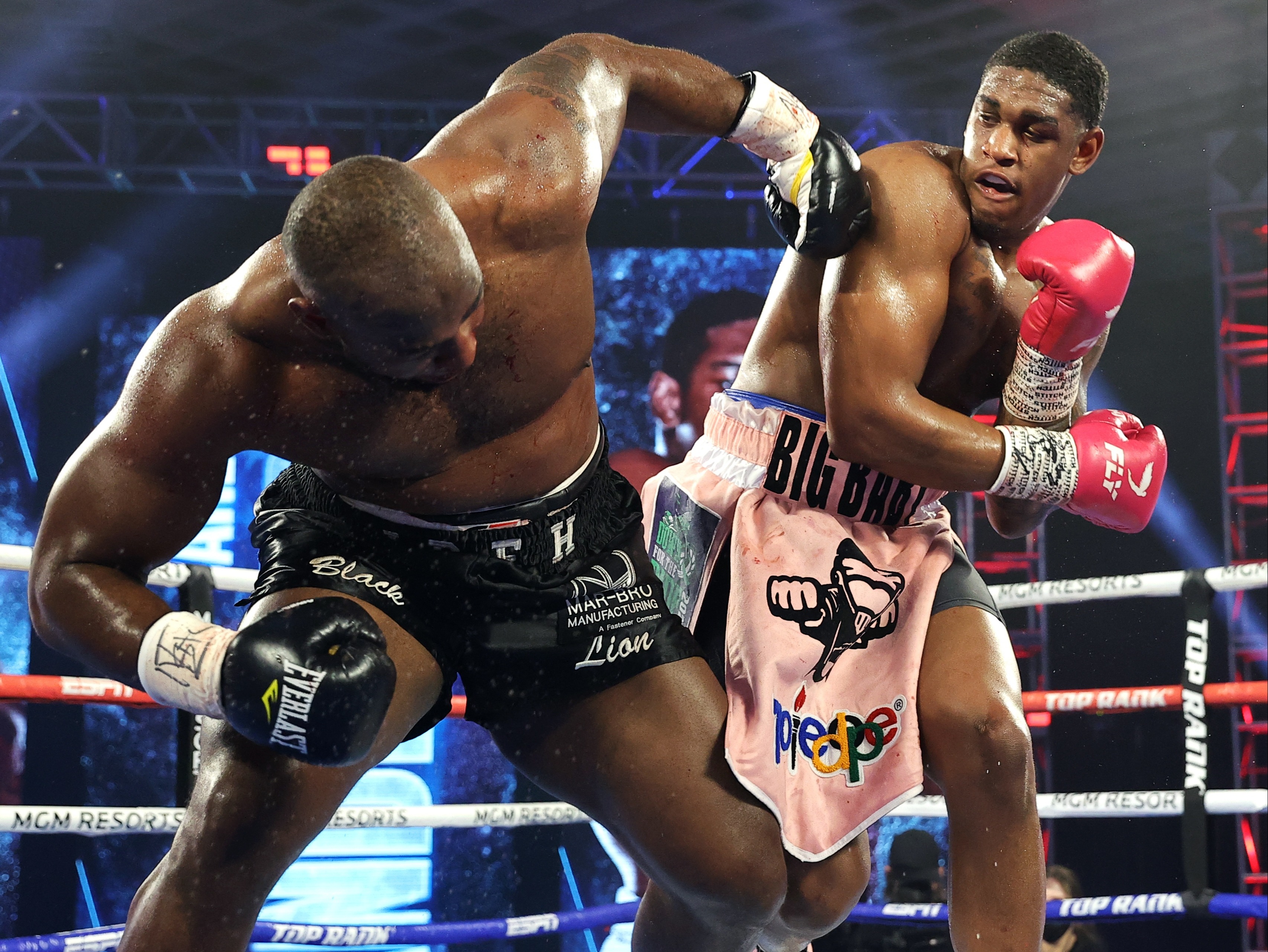 Heading into the sixth and final round, the 21-year-old landed a brutal combo which ended in a powerful left hook.

Ibeh crashed to the deck, with a ringside camera picking up stunning footage of the knockout.

His opponent's face was battered and bruised, covered in blood as Anderson celebrated taking his record to eight consecutive wins – all of which have come as knockouts.

He has fought eight times since and has been tipped to rise to the very top.

Anderson sparred with WBC Champ Fury ahead of the Gypsy King's stunning win over Deontay Wilder and was labelled the 'unsung hero.'

Speaking of helping Fury with his preparations, he told Sky Sports: “I was definitely not brought in to directly imitate him. I'm only 6ft 4'in so my height doesn't match up. 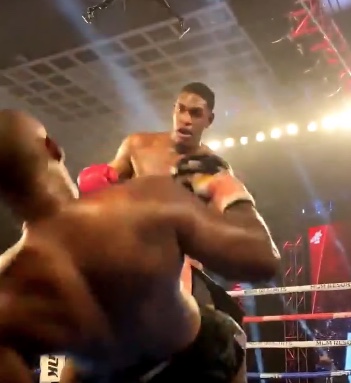 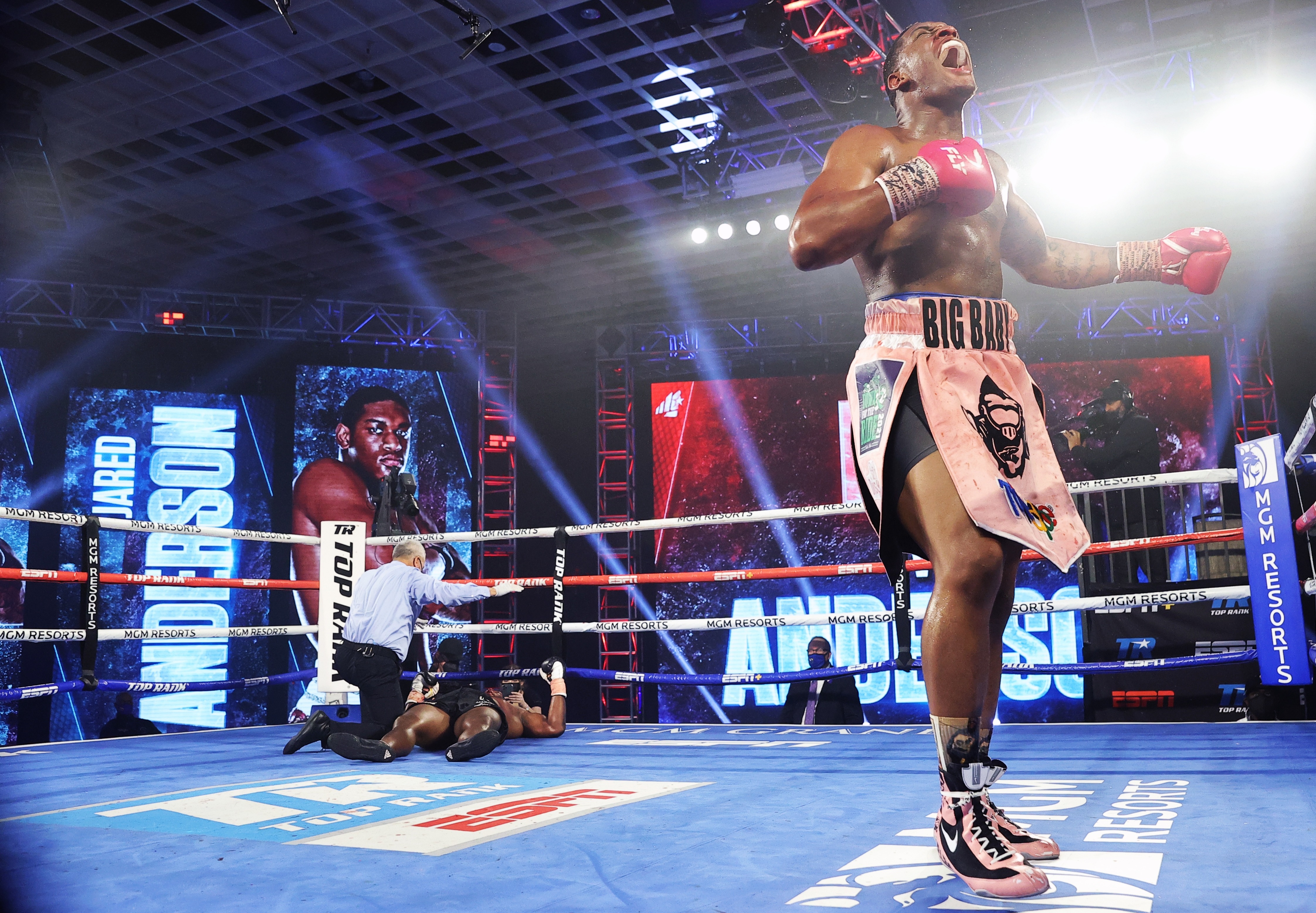 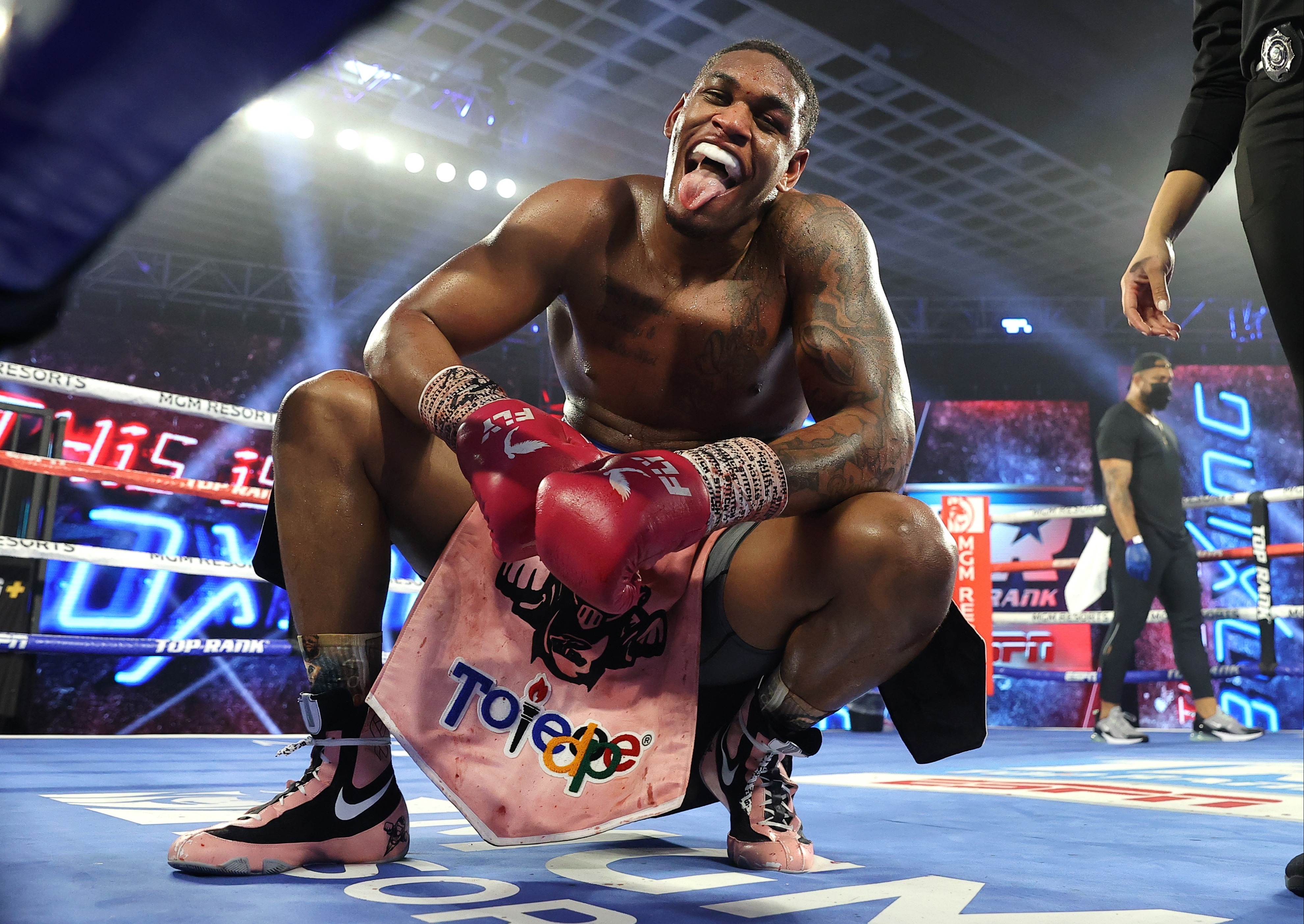 “If you can hit me, then you've got some speed and technique.

“That's our biggest point. I'm shorter, hard to hit, a little faster. That was the point made after our first sparring session. He knew that if he could hit me, he could definitely hit Wilder.”