Want to be happy? Learn something new and go for a walk – but NEVER find out what your colleagues earn!

CAN WE BE HAPPIER? EVIDENCE AND ETHICS

Did you know that in the English language there are more words to express negative rather than positive emotions? We truly are a nation of doomsters and gloomsters, and could all benefit from some Boris boosterism.

Another startling fact in this book is that the Dalai Lama meditates for five hours a day. Where does he find the time? Even for ordinary mortals there are never enough hours in the day.

And there lies the rub. Can we be happier? Well, yes is the obvious answer, but how is the tricky part. 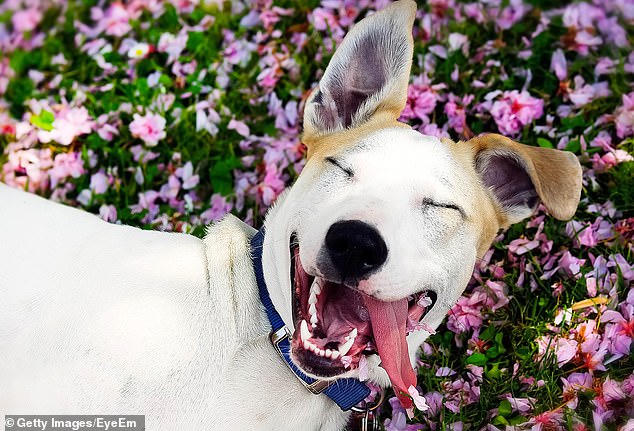 Richard Layard, an economist, has long promoted the idea of happiness as a better measure of a society’s progress than GDP, which is a false god (file image of a happy dog)

This book attempts to show ways of achieving the greatest possible happiness — and the least misery.

It is not so much a self-help book as a society-help book. We are in this together, or, as the author puts it, ‘we can all be heroes in the happiness revolution’.

Richard Layard, an economist, has long promoted the idea of happiness as a better measure of a society’s progress than GDP, which is a false god. Happiness should be our true goal.

What seemed pie-in-the-sky 15 years ago, when his groundbreaking book Happiness: Lessons From A New Science came out, has become commonplace.

I will never forget the day my then seven-year-old daughter returned home from primary school to put into practice what she had been preached in her classroom, and gave me a shoulder massage.

Layard reminds us culture can be changed — and change is often dramatic. ‘Until recently, men dominated the world of work, gay couples had to hide in shame, and it was fashionable to smoke in public places.’ 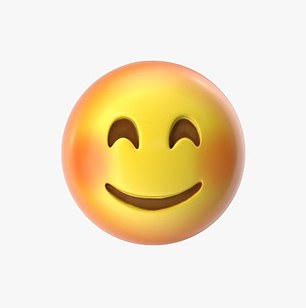 Happy people do better in their careers

But the happiness revolution is far from over, and he urges us to do more, especially when it comes to improving mental health.

His clarion call is backed up with a wealth of research and case studies (there are 50 pages of footnotes and a 30-page bibliography).

Perhaps his most compelling insight is that productivity increases if employees are allowed to work from home.

This is hardly surprising, given we are told the worst part of everyone’s day is when they are with their boss.

His other findings are no less inspiring. Learning new things improves our happiness — and wellbeing improves academic performance and life expectancy.

Our emotional development at 16 is a better predictor of adult happiness than educational qualifications.

Happy people do better in their careers. Workers are much better off (so to speak) if they don’t know what everyone else is earning. (A third of U.S. workers sign an agreement not to reveal their salaries in order to minimise resentment.)

The happiest countries in the world are the egalitarian Scandinavians (Finland, Denmark and Norway take the top three places). The UK comes in at 15. 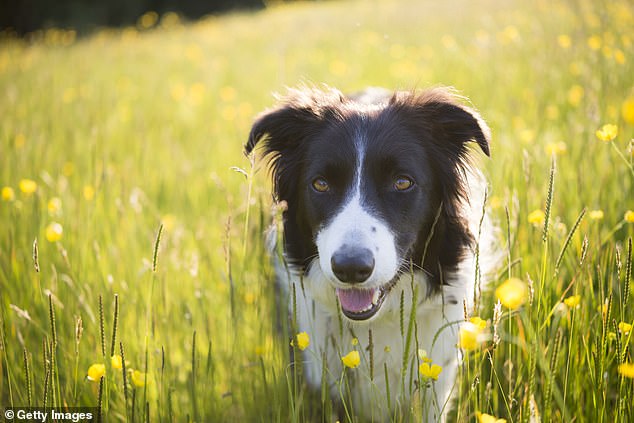 Mental and physical health and human relationships are more important factors than income when it comes to determining wellbeing.

In the U.S., people are no happier than they were in the Fifties, despite huge improvements in living standards.

While in China, people are no happier now than they were in the Nineties.

Layard gives two reasons for this: social comparisons arising from wealth creation cause competition (keeping up with the Joneses), and urbanisation leads to the breaking of social ties. So economic growth can lead to an increase in stress.

Social media has a lot to answer for: ‘The medium which aims to put people in touch with each other has led, instead, to more people feeling left out.’ 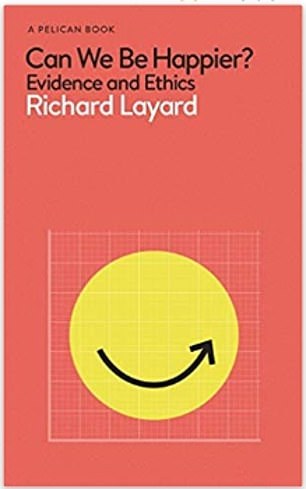 CAN WE BE HAPPIER? EVIDENCE AND ETHICS by Richard Layard (Pelican, £22, 416pp)

The figures he cites are alarming. One million Britons have not spoken to another person for five days. In 2013, 840,000 people took their own lives worldwide — double the number who were murdered.

Layard’s prose is lucid and his analysis is spot on, but his prescriptions sometimes smack of wishful thinking.

He says social media should be subject to stricter regulation but does not explain how. And do newspapers really need to be more positive as he argues?

Papers describe the world as it is, not how we’d like it to be.

Finally, it is questionable whether the economics of happiness is really a science.

But even if the book belongs to the eat-up-your-broccoli type, Layard’s optimistic message cannot be faulted.

We do have reasons to be cheerful: society has become less violent and crime has fallen, which he attributes to the influence of women. Roll on the gynocracy!

There are few personal disclosures in the book, but when they come they are all the more affecting. At the end, the author thanks the German doctor who saved his father’s life.

‘In mental torment in Berlin, my father put a pistol in his mouth, pointing upwards. The bullet missed his brain but lodged in his skull. Following the operation to remove it, he recovered swiftly and soon met my mother. In due course, I appeared. I was a love-child.’

Now that is the ultimate feel-good story, guaranteed to put a smile on every reader’s face.