Is that coupon a fake?

A Virginia woman sold $31.8 million worth of counterfeit coupons to thrifty shoppers and used the funds from her racket for high-end home renovations and vacations, according to new information released by the FBI.

The "criminal couponer" used her graphic design skills to manipulate barcodes and create coupons for almost any store and any product, the FBI said.

With a background in marketing, she was then able to sell the coupons through social media groups for coupon enthusiasts. Talens shielded herself from authorities by using encrypted communication services to deal with her customers and by using cryptocurrencies for payments.

Lori Ann Talens, 41, was sentenced to 12 years in prison for her counterfeit coupon ring.  (David Hollingsworth)

The scheme netted Talens and her husband more than $400,00 over three years as the fraudulent coupons went undetected.

"If the coupons are rejected, if they are counterfeit, then the retailer doesn’t get paid back for them," FBI Special Agent Shannon Brill said last week.

"But that whole process takes a lot of time," Brill said. "By the time a coupon gets identified as being fraudulent or fake, that coupon has already been used who knows how many times."

Authorities only started catching on after the Coupon Information Corporation alerted the FBI’s Norfolk Office that they had found $125,000 worth of fake coupons.

Investigators secured a search warrant for the Talens' home and found more than $1 million worth of fake coupons "in every jacket pocket" and "stuffed in her vehicles." 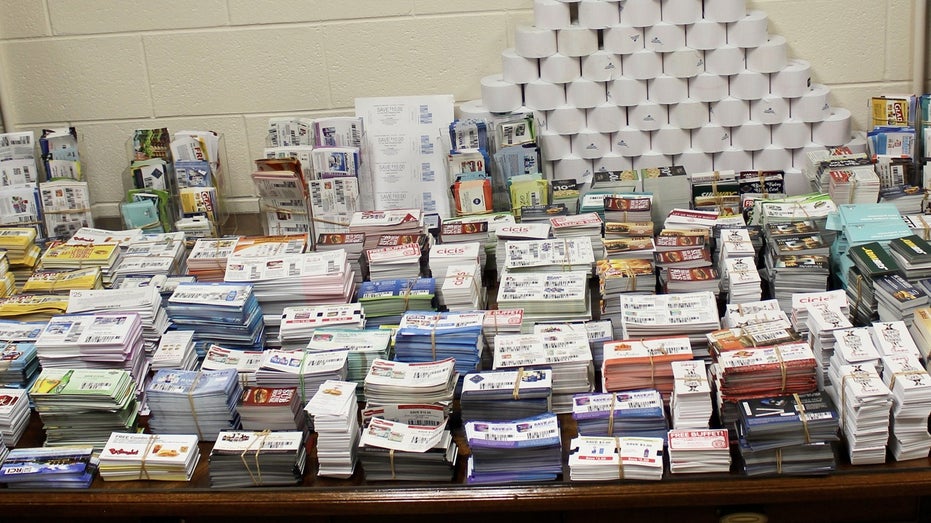 The FBI found thousands of fraudulent coupons worth more than $1 million when they raided the couple’s Virginia Beach home.  (FBI)

"Despite Hollywood’s recent portrayal of coupon fraud as a comedy or simply ‘bending the rules,’ it is a serious matter," Coupon Information Corporation Executive Director Bud Miller said in a statement.

"Coupon counterfeiting is generally a felony level offense, the penalties of which may include years in prison, total loss of assets, life-long restitution orders, and reduced job opportunities."

Aside from the fraudulent coupon ring, Talen also defrauded Medicaid and the Supplemental Nutrition Assistance Program out of about $43,000 over a period of five years by failing to report her husband's legitimate employment income when applying.