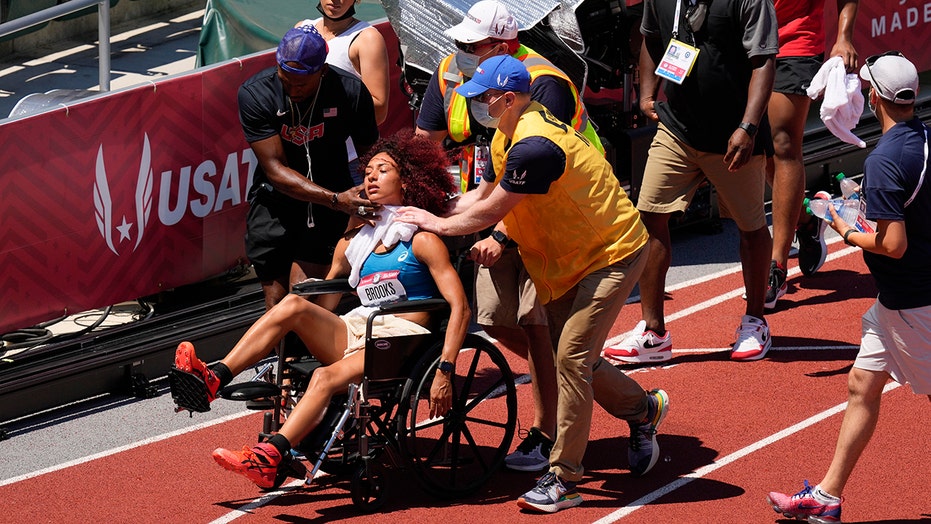 U.S. Olympic track and field trials were briefly suspended Sunday because of extreme heat in Oregon as temperatures soared to about 108 degrees on the course and caused at least one competitor to withdraw and some fans to be evacuated.

The trials were shut down at 3:40 p.m. ET with six events remaining and resumed around 8:30 p.m. ET. The forecast high for Sunday at Hayward Field was 111 degrees, but only three long-distance races were moved from the afternoon to the morning because of the heat. 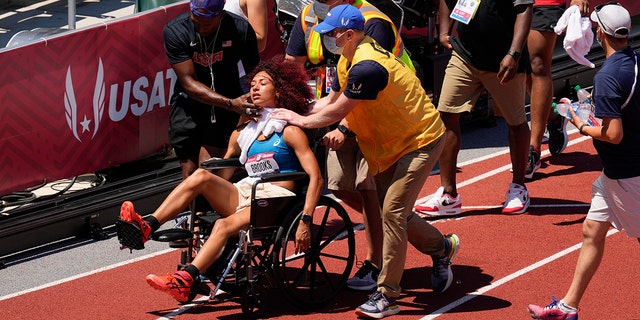 Taliyah Brooks is helped off track after collapsing during the heptathlon at the U.S. Olympic Track and Field Trials Sunday, June 27, 2021, in Eugene, Ore. Events were suspended due to high temperatures. (AP Photo/Charlie Riedel)

She reportedly came back to the track hoping to compete but was advised against it. 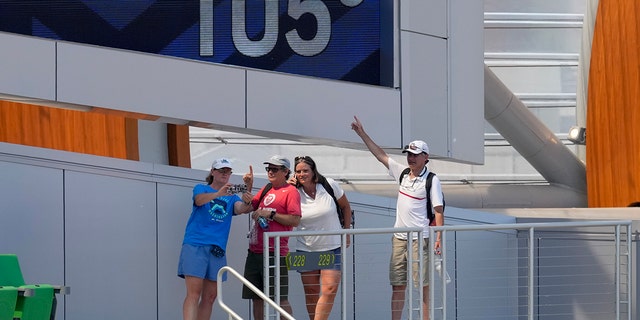 Fans pose for a picture near a sign displaying the current temperature at the U.S. Olympic Track and Field Trials Sunday, June 27, 2021, in Eugene, Ore. Events were postponed until later in the day due to high heat. (AP Photo/Charlie Riedel)

The Pacific Northwest was hit by record-setting heat over the weekend. Portland, Ore., reached 112 degrees, breaking the mark of 108 degrees, which was set earlier in the day. The overall temperature in Eugene reached 110 degrees, also breaking a record of 108. Salem was at a historic 112 degrees. 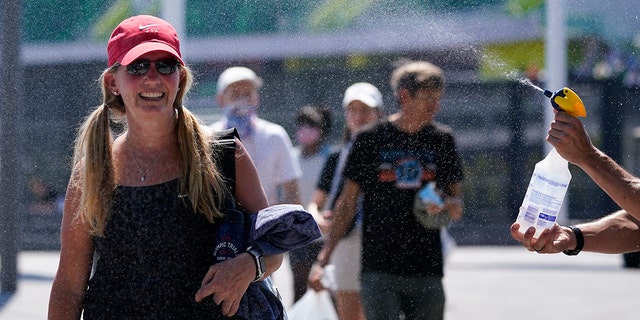 Fans gets sprayed with water after events were postponed due to high heat at the U.S. Olympic Track and Field Trials Sunday, June 27, 2021, in Eugene, Ore. (AP Photo/Ashley Landis)

Temperatures in Oregon are still expected to be in the 90s through the rest of the week. 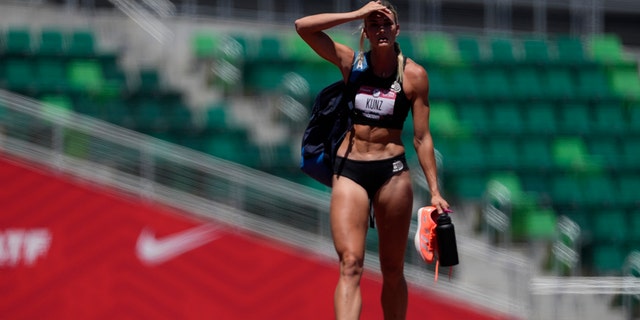 Athletes competing in an Ironman Triathlon in Idaho also felt the heat. About 3,000 competitors participated in the event in Coeur d’Alene. The event’s start time was moved to 5 a.m. and included a 2.4-mile swim, a 112-mile bike ride and a 26.2-mile marathon run.

Race organizers said there was about 62,000 pounds of ice at hydration stations, misting stations and chilled towels to hand out, according to KHQ-TV.