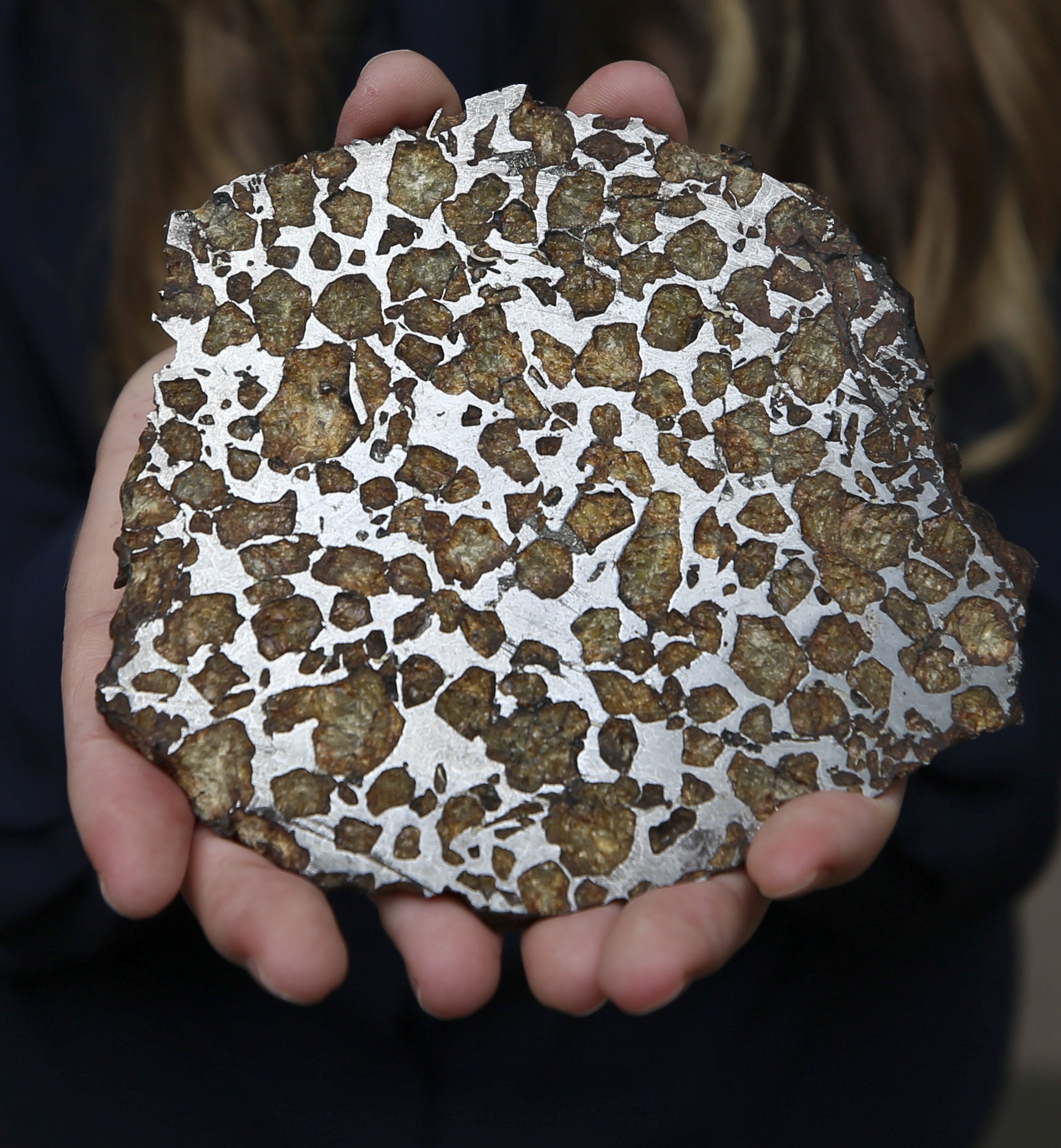 Meteorite enthusiasts told of their joy at finding a rock from the outer asteroid belt – containing materials from the dawn of the Solar System 4.6 billion years ago.

After a six second fireball raced through the sky above Britain on February 28, a global effort went into narrowing down the exact landing area for fragments of meteorite it shot into the sky.

Data was analysed in Australia to narrow down the search which identified Winchcombe, Glos, in the Cotswolds, as the likely landing place.

The search was led by Glasgow University planetary geoscientist Luke Daly, 30, who helped set up the UK Fireball Alliance, a sky-camera network which caught sight of the meteorite, and PhD student Aine O’Brien, 29.

But it was Luke’s partner, Mira Ihasz, 34, who found the precious rock – after her mum predicted she would, beating around 20 scientists.

Mira, 34, said: ‘Luke is always talking about the camera network and he was always crossing the country setting up cameras on people’s rooftops. For years I was thinking, ‘One day we will have a meteorite and when that day comes I will make sure I am there and go out and hunt’.

‘I was hoping they didn’t find it so we could find it together. We went out to a field full of sheep poos. I really felt after an hour so embarrassed not being a scientist and not knowing what is a meteorite because it is completely different from being in a museum with the spotlight where it glitters.

‘I was focusing so hard, going everywhere, turning over every single blade of glass. I saw something and I wasn’t sure. When Luke arrived and said ‘This is it’ I had a complete blackout.

‘Everybody was just celebrating and jumping. It was such a moment. I think when you win the Lottery you are probably not as enthusiastic. My heart was beating like crazy.’

Around one meteorite a year lands on UK soil but the last found was 30 years ago.

Five remnants of carbonaceous chondrite, an ancient structure holding the building blocks of planets, were found and donated to the Natural History Museum.

Another piece will be displayed art the Huntarian Museum in Glasgow.

Luke said: ‘Nasa and the Japanese space agency have spent billions of dollars sending probes to asteroids to bring back 5g from water-rich asteroids and we got 500g in a field.

‘All the minerals inside it were formed in the first few millions years of our solar system’s history, basically it’s got all the building blocks you would ever want to seed a planet to jump start the origin of life.

‘So we’re just talking about small questions like origin of the solar system, origin of water, origin of life – just the trivial stuff in this wee little rock that Mira found in a field hopefully will bring us some answers.

‘We knew it had dropped rocks within six hours and we knew where they were within a three kilometre box within three days.’

Finding the meteorite quickly was vital as the rocks are quickly contaminated by the earth’s environment – and it was preserved in mud when it was found in a field.

Aine said: ‘It felt like a movie of the fireball alliance – all these different networks coming together, combining their data.’

‘There were five fragments in total. Four were found by members of the public on their own land after seeing people like Luke on the news saying looking out for a bit of black rock.

‘Socially, culturally, the fact it was a citizen science effort and people got excited about it in a way they might not have before the pandemic.

‘It felt like a bit of a cultural phenomenon.’