Felicia Spencer takes on Amanda Nunes tonight at the rescheduled UFC 250 in Las Vegas as she bids to upset the odds against the woman widely considered the greatest in the sport’s history.

The fight was originally set for April in Nunes’s home country of Brazil, but was rearranged when the coronavirus pandemic hit and instead takes place at Vegas’s UFC APEX facility.

The 29-year-old Spencer, from Canada, faces a tough challenge against the reigning bantamweight and featherweight world champion and pound-for-pound No1, Nunes, at the top of a packed bill. Follow all the latest live: 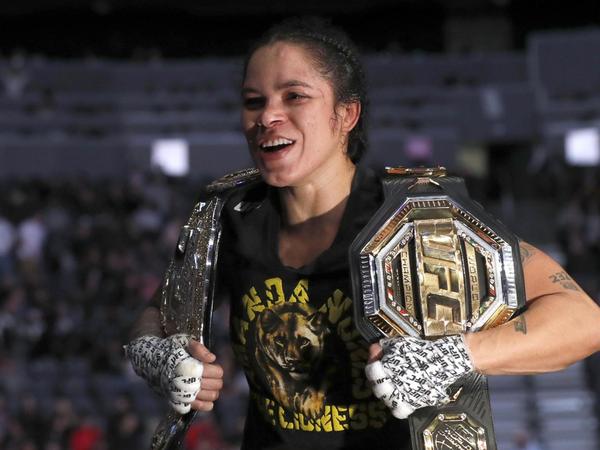 Can Spencer dethrone Nunes at UFC 250?

What time does it start in the UK?

Due to the time difference between Las Vegas and the UK, UFC 250 will get underway in the early hours of Sunday 7 June for UK fans.

The preliminary card begins at 1am BST, with the main card following at 3am BST.

Expect the main event between Brazil’s Nunes and Canadian Spencer to start around 4.30am BST.

How can I watch it?

The card will be shown live on BT Sport 1 in the UK. Viewers will need a BT Sport subscription, though the event itself is not pay-per-view.

The whole card will also be available for subscribers to stream via the BT Sport website and app.

US fans can tune in via ESPN+.

Spencer (8-1) is being billed as a huge underdog going into the main event, and while that is somewhat understandable as the Canadian prepares to step into the Octagon against the consensus greatest women’s fighter of all time in Nunes (19-4), the challenger should not be written off.

While Brazilian Nunes brings power and speed, Spencer offers resilience and endurance. Nunes has finished two of her last three fights in the first round, but Spencer certainly has the ability to avoid the early knockout – something she showed against Cris Cyborg, whom Nunes knocked out in 51 seconds.

The Canadian’s best chance of winning entails surviving early pressure from Nunes, frustrating the champion and staying active as the rounds progress. That said, the safe bet is that Nunes walks away with the featherweight title still firmly in her clutches.