EDDIE HEARN has confirmed talks are underway over an undisputed title fight between Anthony Joshua and Tyson Fury next year.

Between them, Joshua and Fury hold all four heavyweight belts and earlier this year agreed to an even share of the purse to finally meet in the ring in 2021. 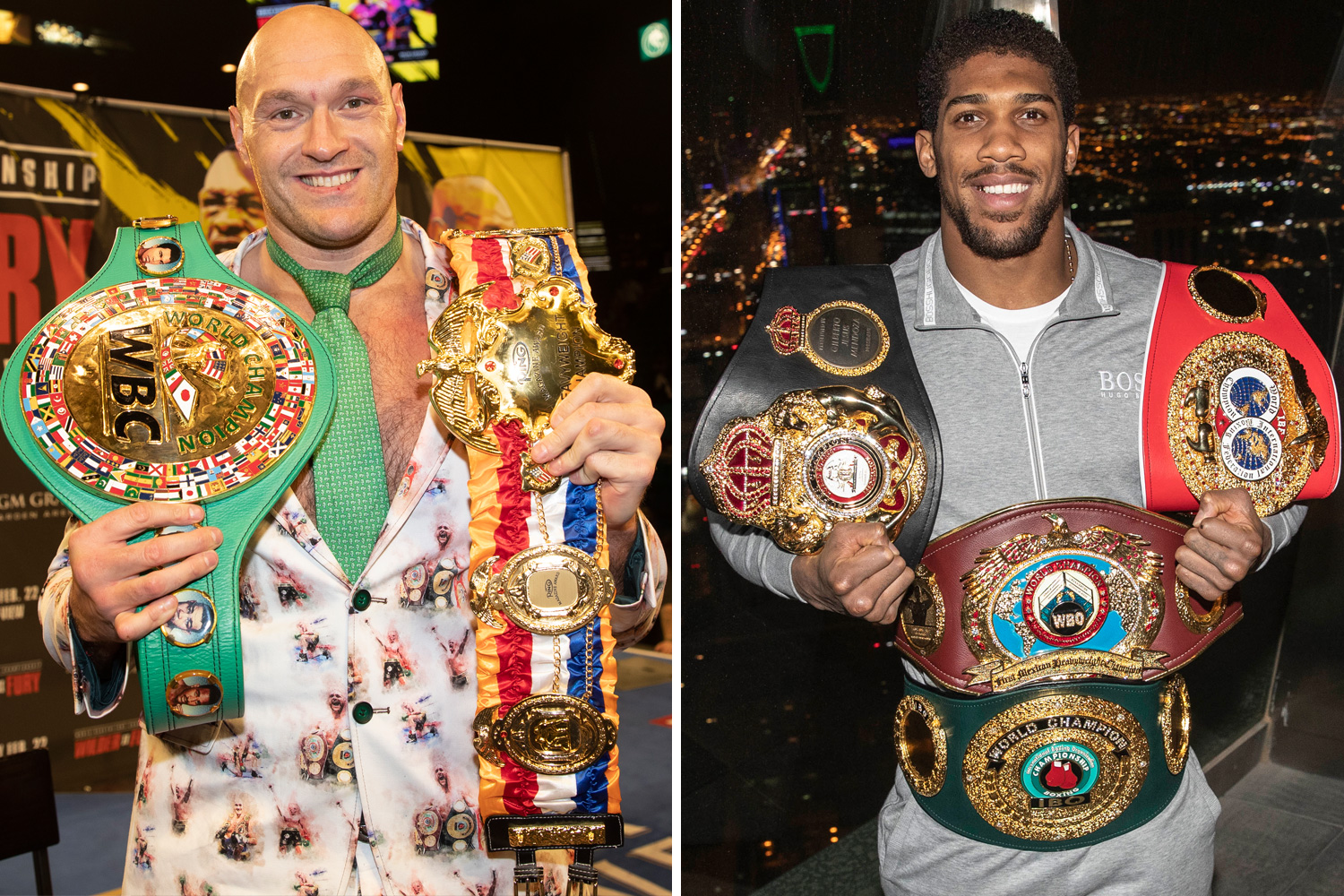 Matchroom Boxing boss Hearn has hinted that while a date for the unification fight is close to being agreed, the two Brits' showdown may be held outside of the UK.

Hearn wrote in a column for The Sunday Times: "Everyone wants to see Joshua fight Tyson Fury for the undisputed heavyweight title.

"Where will it be? The main problem is lots of countries have substantial budgets from their governments to bring in major sports events. We don’t.

"Ultimately, if you sit down with a fighter and say there’s £30 million in England or £60 million in the Middle East, it’s a very short conversation."

However, before Joshua and Fury can turn their attention to an undisputed title fight, both have title defences to contend with.

After walking away from a trilogy fight with Deontay Wilder, Fury will reportedly defend his WBC crown against Agit Kabayel on December 5.

Joshua meanwhile, will defend his belts against Kubrat Pulev a week later.

Hearn discussed Joshua's preparation for Pulev, as well as Fury's dispute with Wilder during a chat with Sky Sports last week.

Hearn said: "We try and avoid the mess, and keep discipline and focus on what we’re doing.

"The path for AJ has always been clear, with the ups and downs of the Ruiz fight, and getting that rematch over the line.

"But we know what we’re doing. December 12, it was announced probably eight weeks before the fight, we’re focused on the victory.

"That’s their [Fury and Wilder’s] business, it’s a right mess either way, and it’s not going to resolve itself any time soon.

"Hopefully we can just make sure that if Anthony Joshua can beat Kubrat Pulev on December 12, then the path is clear for AJ against Fury in 2021."