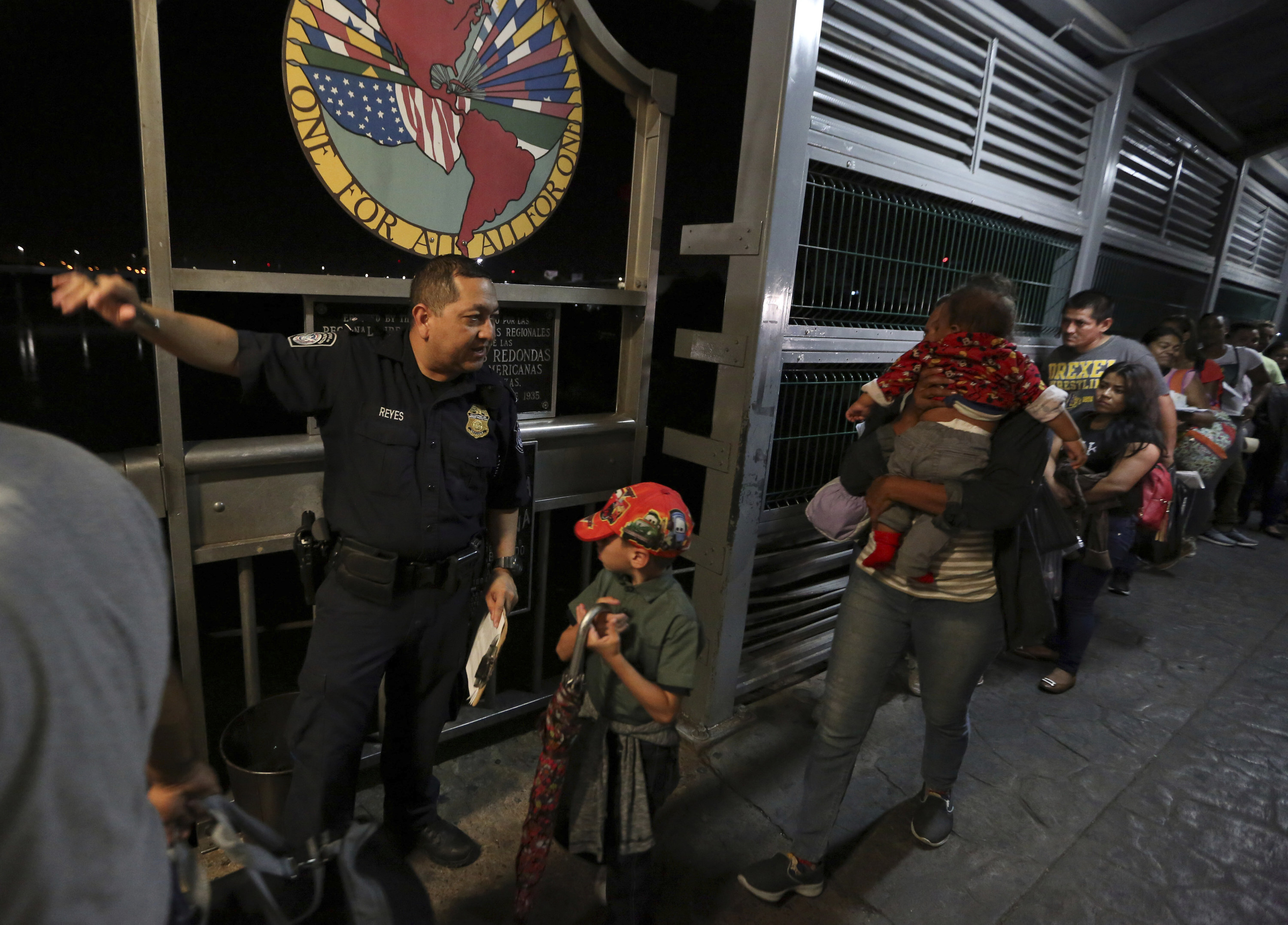 A US Customs and Border Protection officer gives instructions to immigrants who are on their way to apply for asylum in the United States as they depart Nuevo Laredo, Mexico, in 2019.

President Trump claimed on Twitter late Monday that he would “temporarily suspend” immigration into the United States, an unprecedented declaration that came with no details on how the country would enforce such a ban.

“In light of the attack from the Invisible Enemy, as well as the need to protect the jobs of our GREAT American Citizens, I will be signing an Executive Order to temporarily suspend immigration into the United States!” Trump tweeted.

Trump has implemented policies to restrict immigration, including blocks on travel from several Muslim-majority countries, from the early days of his presidency. In March, the administration also blocked travel from China, parts of Europe, and the United Kingdom due to the coronavirus.

It was not immediately clear how the latest planned ban he tweeted about would be implemented.

On Monday, the administration extended a March 20 order issued by the Centers for Disease Control and Prevention that bars the entry of those who cross into the country without authorization. The order effectively bars asylum at the southern border and has led to US officials quickly deporting immigrant children apprehended alone. Administration officials say they are following public health orders designed to prevent the spread of the coronavirus in the US, but opponents say they are using the health orders to skirt federal laws that govern the processing of unaccompanied minors.