WHEN the rain comes down hard, head for the trees.

And so we found ourselves in Sherwood Forest during a late weekend in Miserable May. 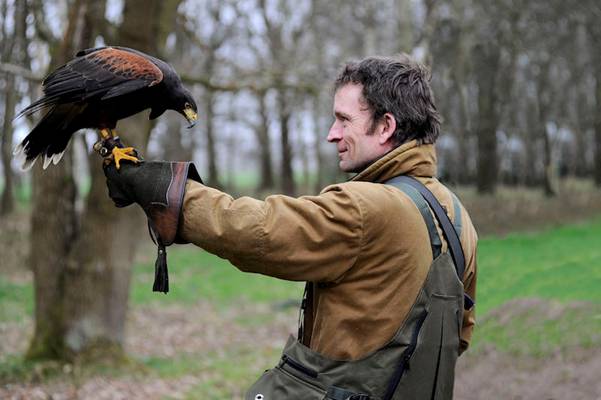 But being British, a weekend of drizzle was water off a duck’s back for us as we explored one of the country’s most breathtaking forests.

Our base for a long weekend in Robin Hood Country was a tidy and well-appointed cabin a stone’s throw from Edwinstowe, where legend has it our most famous outlaw married Maid Marian at St Mary’s Church.

Situated on the sprawling Thoresby Estate, the Sherwood Hideaway is a relative newcomer to the “lodge with hot tub” craze that has sprung up in Britain’s forests over the past decade.

Each cabin comes with mod cons, feather duvets, robes and so on, and a bottle of plonk on arrival. Plus a four-person Jacuzzi which was clean and maintained every day.

It is a small holiday park so there’s no restaurant or playpark for the kids — but we found an excellent rope swing among the trees.

With just over 48 hours on our hands we headed straight for the centre of the action at Sherwood Pines, a charming green space among the forest’s famous pines. 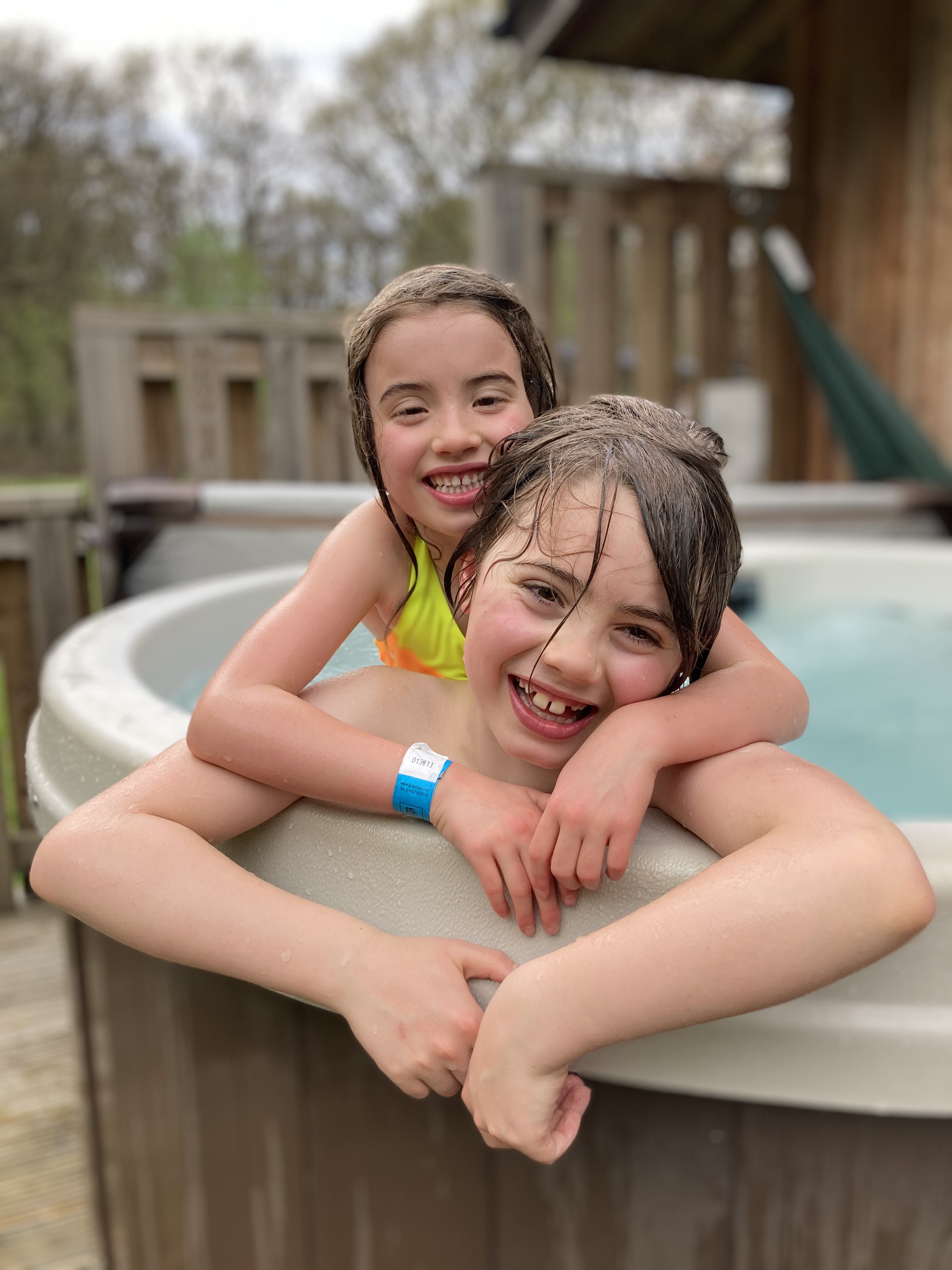 Here you can walk, run, cycle, bounce on a treetop trampoline or just sit around under the incredible canopy eating an ice cream. You can even camp here until December 31 (£19.30 per night for two adults).

We spent a lazy morning wandering the endless trails that — thanks to the rain — were empty, with just the occasional mountain biker cruising by.

It costs nothing to hike or bike the trails and the car park is just £8 all day.

The cafes are all open so you can grab some decent grub if you haven’t brought a picnic.

There are other activities such as Disc Golf — where you throw a Frisbee into a basketball net — Forest ­Segway, orienteering and the now ubiquitous (and brilliant) Go Ape.

The Go Ape at Sherwood Pines has the usual Treetop Adventure (£19) but also a superb additional activity called Nets Adventure.

Billed as “a super-springing playtime wonderland” it is essentially a load of huge nets up in three trees. My kids, Reggie, nine, and seven-year-old Dot, spent a solid hour bouncing, laughing and smashing into strangers (also £19).

Sherwood Pines has a fantastic replica World War One TRENCH too. It was built in 2013 to reflect the area’s use as a training camp, named Clipstone Camp, for soldiers between 1915 and 1920.

It’s free to wander around and is hugely informative.

Other must-dos include seeing the Major Oak (parking £4), a huge, old tree that first sprouted around 1,000 years ago and has a circumference of 11 metres.

It was under this that Robin Hood and his Merry Men were said to seek shelter when they weren’t robbin’ from the rich. 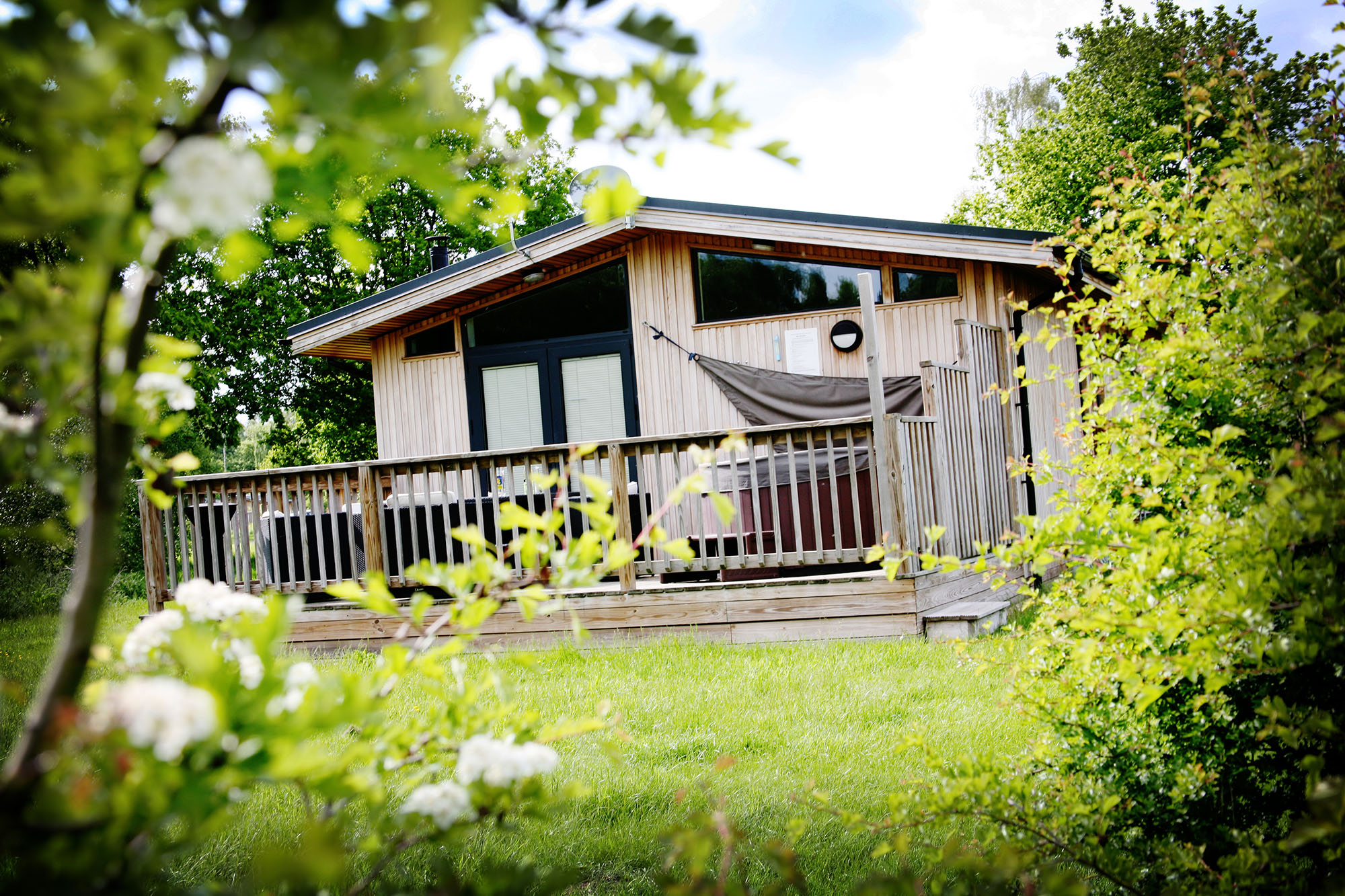 Other fun activities include Skirmish paintballing, The Royal Lancers & Nottingham Yeomanry Museum, Hawkeye Falconry and you can even do your best impression of Kevin Costner in Robin Hood: Prince Of Thieves with some archery practice.

And when you get hungry there are plenty of options, especially in Edwinstowe.

It was outdoor dining only when we were there but we found a great pub called Launay’s, with “gastropub” food at reasonable prices.

In fact the beef was so good I stopped thinking about the weather for all of 30 minutes.

Was it still raining? I hadn’t noticed.

STAYING THERE: Four nights’ self-catering in a traditional, pet-friendly two-bedroom lodge is from £517 in total, based on four sharing, arriving October 4.

There is limited availability this summer including four nights in a Woodland Rustic pet-friendly two-bed lodge sleeping four from £1,142 in total, arriving August 16. See sherwoodhideaway.com or call 01623 824594.

OUT & ABOUT: For Sherwood Pines, see forestryengland.uk/sherwood-pines.