Chelsea are keeping an eye on Pierre-Emerick Aubameyang’s situation at Arsenal and hope to make a summer move for the 30-year-old Gabon striker. (ESPN)

The Blues have made contact with Lille over Nigerian striker Victor Osimhen, 21. (Le10Sport – in French)

Reflections on an 18-year career 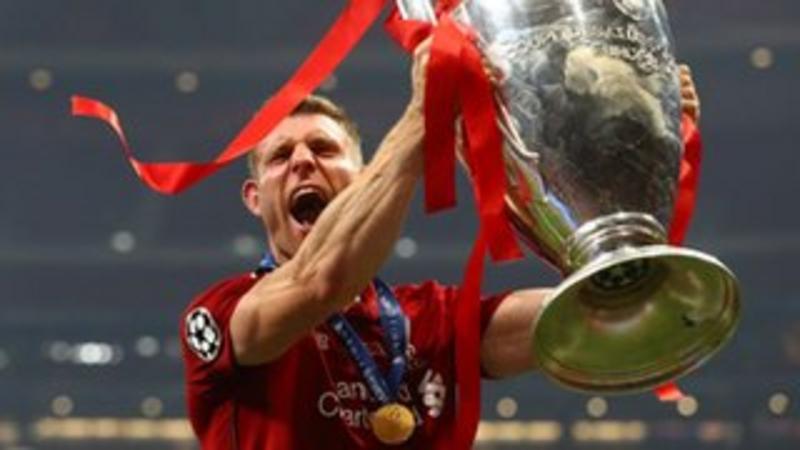 James Milner on his best managers, starting out at 16 and Champions League glory

RB Leipzig sporting director Markus Krosche has no transfer approaches have been made for Germany striker Timo Werner in recent weeks despite strong reported interest in the 24-year-old from the likes of Liverpool and Barcelona. (Goal)

Napoli owner Aurelio De Laurentiis has named the price at which bidding can start for the club’s Spanish midfielder Fabian Ruiz, 24, with Manchester City keen on his signature. (Teamtalk)

Everton have contacted Barcelona over the availability of Brazilian defender Emerson, who is currently on loan at Real Betis. (Sport – in Spanish)

Roma are ready to offer a three-year contract to 32-year-old Napoli and Belgium forward Dries Mertens. (Corriere dello Sport, via Goal in Italian)