TIGER WOODS' close friend and fellow pro golfer Justin Thomas has been left 'sick to his stomach' after hearing about the American's car crash.

Woods and Thomas have become close pals while touring the golfing circuit. 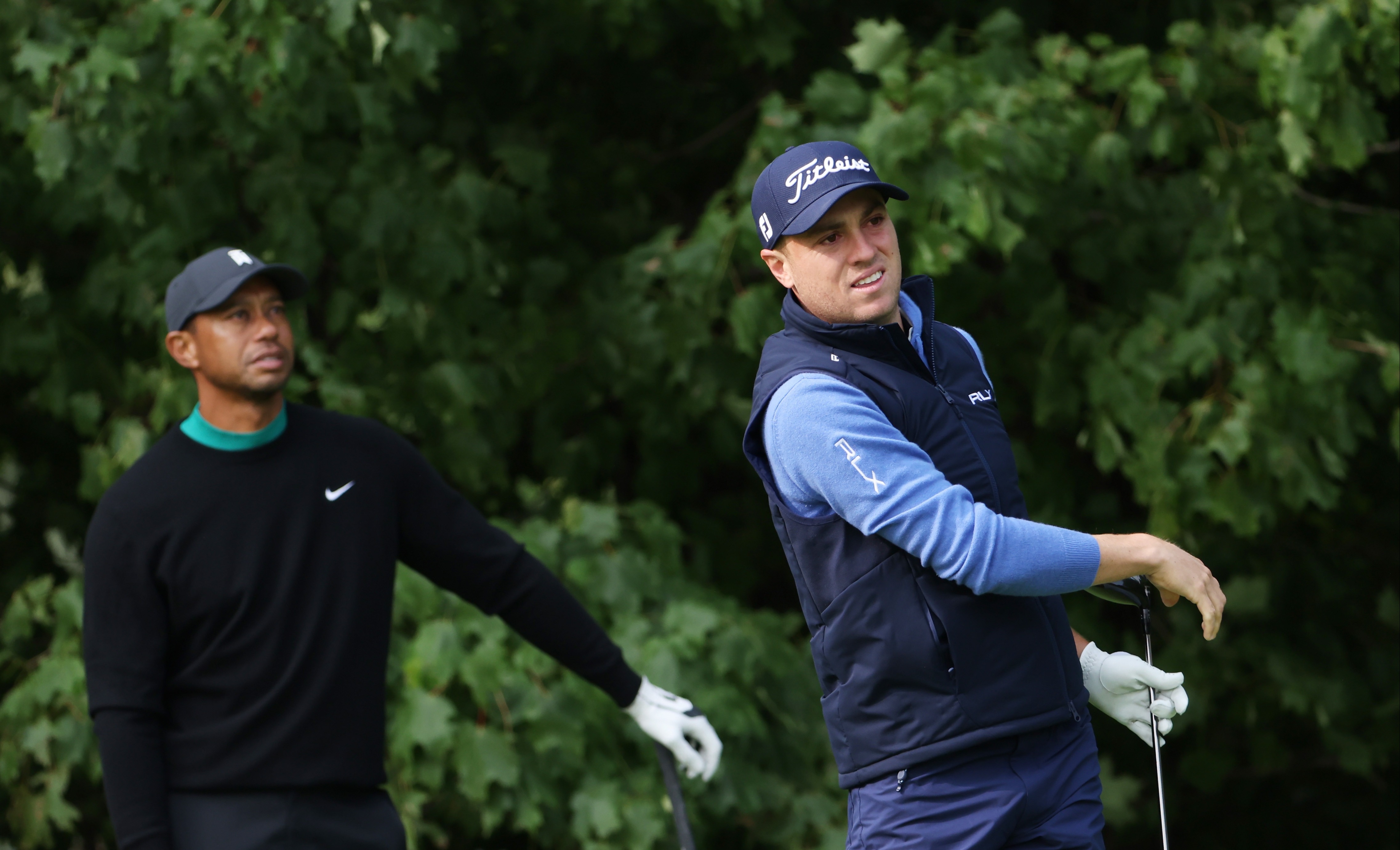 But an emotional Thomas was left in pieces when reacting to Woods' traumatic crash, which has left him requiring surgery.

Speaking to the media, Thomas said: "Yeah, I mean I'm sick to my stomach.

"You know, it hurts to see one of your closest friends get in an accident.

"I just hope he's alright. Just worried for his kids, I'm sure they're struggling."

Woods, 45, was pulled from the wreckage before being transferred to hospital by paramedics following the smash in Los Angeles.

The golf legend – who underwent back surgery for a FIFTH time last month – was driving a Genesis GV80, a car being promoted by the golf tournament in which he was playing at the weekend.

According to a 911 dispatch call, obtained by The Sun, Woods was trapped in the car which was 'off the side of the road'.

The star's agent, Mark Steinberg, said in a statement: "Tiger Woods was in a single-car accident this morning in California where he suffered multiple leg injuries.

"He is currently in surgery and we thank you for your privacy and support."

This is the third time dad-of-two Woods has been involved in a car investigation.