Resident This Morning GP Dr Nighat Arif left the daytime show’s presenters shocked on Wednesday when she admitted she’d taken diet pills in the past.

The 37-year-old mother-of-three told Holly Willoughy and Philip Schofield that she felt ’embarrassed’ admitting to having previously bought and taken appetite suppressants – but said she wanted to share her story to help others.

Menopause specialist Dr Nighat said that pressure over body image in the Pakistani culture that she grew up in left her wanting to try and lose weight as she urged those watching at home that ‘diet pills don’t work’. 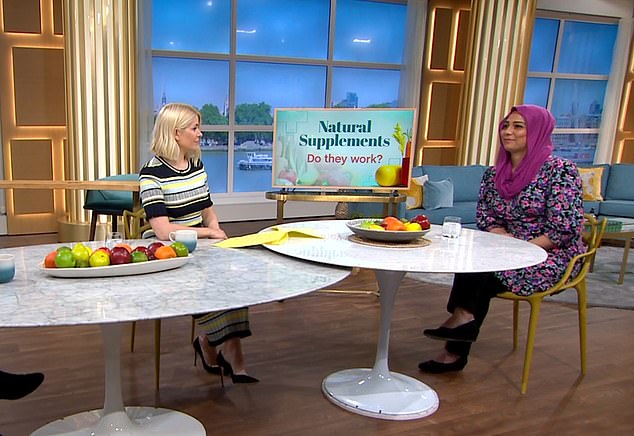 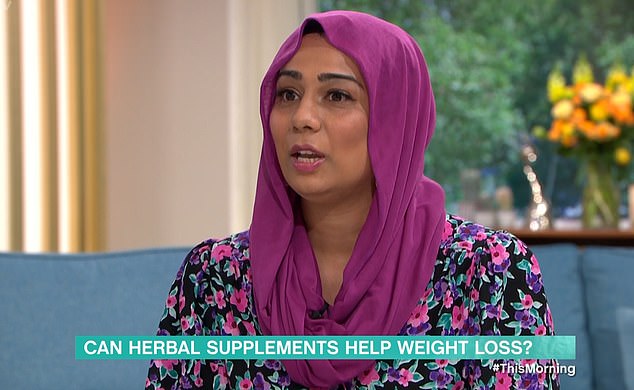 When asked by Philip Schofield if she’d ever bought diet pills during a feature on the show about them, she confessed: ‘I have and I feel embarrased about this as a doctor but I think it’s really important that I understand and explain this.’

She continued: ‘My medical head is telling me “I know that taking an appetite suppressant isn’t going to make me lose weight” but I’m Pakistani, and in Pakistan arranged marriages are a huge thing.

‘Growing up, I always had this thing. You’ve got to be slim, tall and also well-educated.’

The 37-year-old Buckinghamshire doctor joked: ‘I got the tall bit but I didn’t get the slim bit.’

Holly interjected quickly, saying ‘you’re gorgeous’ before Dr Nighat said that growing up without role models who looked like her – wearing a hijab – hadn’t helped her body confidence. 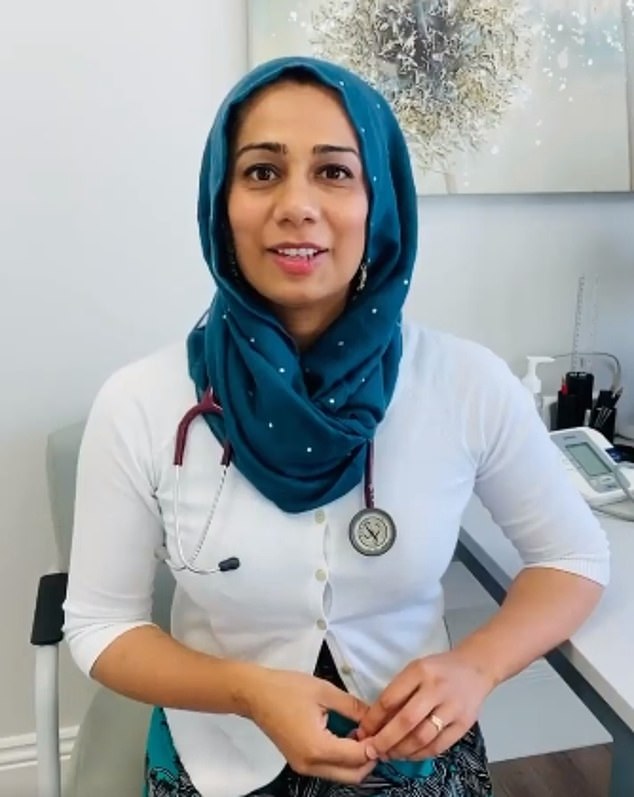 The TV GP, a menopause specialist, said her ‘medical head’ know how futile diet pills are 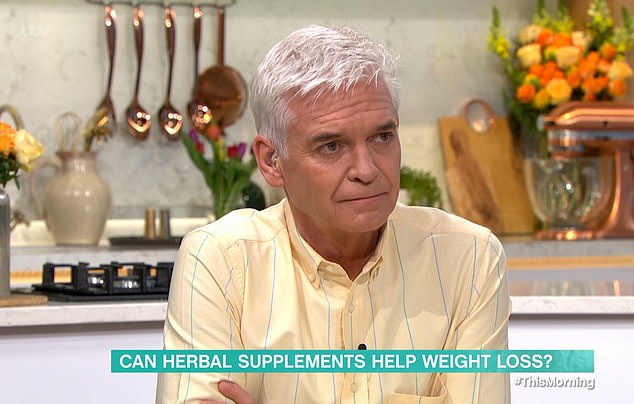 Philip Schofield looked shocked at the doctor’s honesty about her experiences with diet pills, which she said had since proved ‘good research’ in her role as a GP

The GP said that watching ‘slim and gorgeous’ Bollywood stars as a teenager had also piled pressure on her to lose weight.

She said ’emotional eating and body image has to be addressed by society’, saying ‘having children and breastfeeding changes the way your body looks’.

Confident in the way she looks now, the GP told the show: ‘I’m 37-years-old and I’ve got three kids, I’m happy with the way I look now.’

She said as a GP her own experience buying appetite suppressants at herbal shops and online had convinced her beyond any doubt that ‘diet pills don’t work’ and she regularly conveyed that message to her patients.